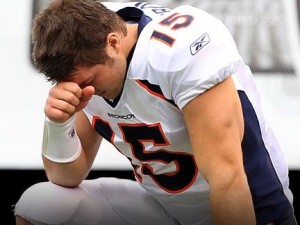 WOW! This week, or actually, the last two weeks have been insane. We’ve been pulling some crazy hours here getting everything up, and as a result, the front page of TouchArcade has been moving at about mach 3. I’m pretty sure Brad, Jared, and I all Tebowed at one point this week in hopes that the emails would stop coming.

Anyway, here’s a reverse chronological recap of the stories really worth checking out over the past couple of weeks, in case you missed anything! If you’ve already read everything I’m linking here, congratulations, you just earned your TouchArcade holiday season merit badge.

Our ratings for games we reviewed in November are now in place, and we now present to you the ones that are on the top of the heap. Each game reviewed receives a 1-5 star rating relative to the other games from that month. Generally, a three-star or higher is considered a “good" rating.

The ‘Time Ducks’ Trailer Will Melt Your Brain

A couple of weeks ago, Tough Guy Studios released their first iOS game called Time Ducks [$1.99], and I’m going to be honest, I bought it based solely on the fact that it was called Time Ducks. I figured with a name like that, there was no way I could go wrong. As it turned out, Time Ducks ended up being a pretty fun and unique take on line drawing games, and it sort of sat on the back burner as something I’d been planning on writing about.

Controller Update: More on the GameBone, A Bluetooth 4.0 Revelation

iPhone controller accessories have been generating a good bit of news, here lately. More and more existing iOS titles are gaining physical control options via updates, and just last week we detailed the upcoming Gametel Bluetooth controller that will soon become a game-enhancing iOS controller option, alongside the iCade and iControlPad. The more the merrier, true, but long time readers may recall yet another controller we covered over a year ago that has been off the radar ever since. Does anyone remember the GameBone?

Microsoft, via Xbox Live evangelist Larry “Major Nelson" Hryb, has just announced the immediate release of the company’s first Xbox Live iOS app, My Xbox Live [Free]. It’s a free app that basically acts as a mobile companion to some of the more important aspects of the service. You can read and send messages to anyone on your Friend’s List, manage that list or invite new people onto it, edit your profile, gander at all of your hard-earned achievements, or even mess with your Avatar’s apparel.

At E3 back in June of this year, we got an impressive hands-on demo of the OnLive service running and playable on the iPad. In case you’re not familiar, OnLive is the cloud-based gaming service that allows you to play from a fairly large selection of console and PC games by way of streaming them to an OnLive client running on your computer or a specially designed set-top box that connects to your TV. In simpler terms, it’s a lot like instantly streaming movies over NetFlix, except it’s video games, and you get to actually play them in real time with minimal lag if you’re internet speeds are up to snuff.

Holy jeez! We’re pretty used to the typical Wednesday onslaught of new releases in the App Store, but today has been a truly insane undertaking. Between Batman making a surprise drop from the shadows and into the App Store with Arkham City Lockdown, the exciting OnLive iOS client finally seeing the light of day (soon anyway), and the normal barrage of new releases we usually see every week, it’s been a wild roller coaster ride of iOS craziness. To top it off, Eli is out in Finland hobnobbing with The Mighty Eagle, ensuring that Brad and I are up to our ear balls in busy work.

Dragon Shout [Free] has cleared the certification hurdle and it’s available now at the low, low price of $0. What it does, it does well, and it proves a point. Games as deep as Skyrim should be embracing mobile companion apps across the board. Dragon Shout is an app that not only makes Skyrim better, but down the road, it might add an entirely new layer to the experience: social.

Earlier today I got a live demo of Ovelin’s WildChords [Free], an edutainment musical game that never really had much reason to be on my radar. But using nothing more than an iPad, any kind of guitar, and some technical wizardry on their end, WildChords can teach you how to play the guitar.

Easily one of my most anticipated games this year, and I’m sure many of yours out there as well, is Warballoon Games‘ Star Command.

Kinectimals on Kinect is an experiential game that does a solid job of luring its users into forming an emotional bond with its assortment of on-screen, rascally pets.

If you’ve been sitting on a massive emergency food supply waiting for the right occasion to open the first gallon sized can of preserved potato chunks, this might be it.

The only way I can start this review is with a little history lesson, both for people who aren’t familiar with Sonic CD, as well as those of you who might not have been reading TouchArcade since the summer of 2009. Let’s start at the beginning, so everyone can truly appreciate just how wonderful the very existence of this game is.

Remember when we wrote about the fact that Carcassonne [$9.99] will receive expansion support in the future? It has that right now.

American Laser Games‘s so-awful-it-ends-up-being-good FMV shooter, Mad Dog McCree, is coming to the iPhone and iPod Touch this December 20, according to caretaker Digital Leisure. This is a port of the original arcade release of the game, so don’t expect anything too fancy, however the team is noting that it has converted the game’s silly footage for phones and even added an “all new casual mode" for those without hardcore gunslinging skills.

I told you it has been a crazy couple of weeks! I only cherry picked the really good stuff that we posted for this list too! Now, it’s time for a beer and a weekend away from my inbox…!