A couple of weeks ago, Tough Guy Studios released their first iOS game called Time Ducks [$1.99], and I’m going to be honest, I bought it based solely on the fact that it was called Time Ducks. I figured with a name like that, there was no way I could go wrong. As it turned out, Time Ducks ended up being a pretty fun and unique take on line drawing games, and it sort of sat on the back burner as something I’d been planning on writing about.

Unfortunately, in the iOS space, there are just so many games coming out on a daily basis that good intentions can oftentimes slip by the wayside. Well, a few days ago, Tough Guy released their trailer for Time Ducks, and it’s so absolutely insane that it basically forced my hand in the matter as I had to share it with the rest of you. If you’re familiar with groundbreaking classic films, then the Time Ducks trailer might look familiar to you, but even if you aren’t familiar with the source material there is plenty to enjoy in the craziness found within it:

As for the actual gameplay of Time Ducks (after all, trailers aren’t everything), it’s actually a really enjoyable take on a familiar genre. The object is to direct various types of animals into their respective homes while trying to avoid the traffic that is driving across the screen at any given time. It’s a bit like a line drawing game of Frogger, but pumps the weirdness factor up to eleven.

Where Time Ducks really departs from your average line drawing game is in its clever multiplier system, animal unlocking progression, and the ability to manipulate time to your benefit. A slot machine-type mechanic at the top of the screen gives you an opportunity to increase your multiplier by sending animals home in the required order. As you create slot machine combos in the game, new levels of animals are unlocked which are worth more to your multiplier and thus your score. It’s quite a gameplay hook, and coupled with the ability to speed up and slow down time, Time Ducks ends up having a ton of strategy and depth. 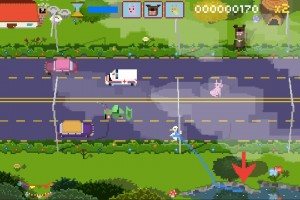 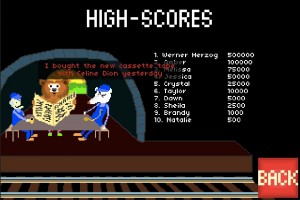 Aside from the solid gameplay, Time Ducks is also brimming with personality. The tutorial is packed with humor and the pixel visuals are simple but eye catching. There are also tons of funny achievements and tiny bits interspersed through the game which will almost always draw a chuckle. In the end, Time Ducks is more than just an epic trailer, it’s actually one of the most fun and interesting line drawing games I’ve ever played. Definitely give it a look, and drop by our forums for even more impressions.