At GDC in 2009, OnLive was originally unveiled with an incredible amount of entirely reasonable skepticism. The prospect of a service that removed the high-end gaming console and/or PC from the equation and instead did all the heavy lifting in a remote datacenter before streaming your game in HD via the internet was difficult to imagine at the time. Hell, when you stop and think about it, it’s still hard to imagine today. 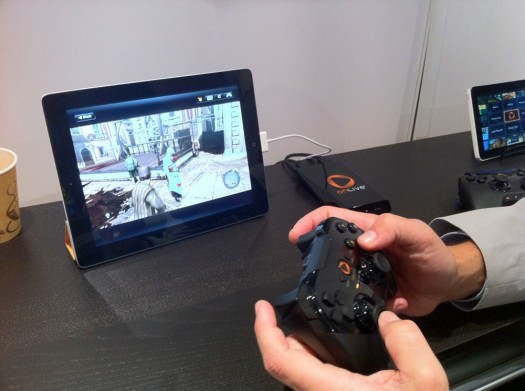 It’s here though, and after a quick signup you can be on your way to effortlessly streaming a (as of this writing) collection of 100 different PC and console games. In fact, if you’re still at all skeptical about OnLive, I highly encourage you to give it a spin. You’ll be inside of a game in less than five minutes, and you can see for yourself just how well it works. The only real requirement is an internet connection that allows you to ping under 80ms to the OnLive servers and enough bandwidth to receive a HD stream. If you’ve got that, you’re good to go.

Currently, only the OnLive Viewer is available for the iPad, but in the not too distant future we’ll be able to play the entire OnLive catalog on the iPad. Players will be able to choose between a less-than-ideal set of virtual controls, or purchasing a bluetooth controller to pair with the iPad. I got a chance to fiddle with both today, and while the on-screen controls are functional, the controller is definitely the way to go.

Check out how it all works in the following video:

The folks are OnLive aren’t ready to commit to release dates, controller cost, and other details, but it’s said to be coming “soon" and the controller is going to be “reasonably priced." Since the whole OnLive Micro Console currently sells for $99, and has been given away for free with a few pre-order promotions, I’d find it hard to believe that the iPad-friendly controller would cost any more than $50– But that’s pure speculation on my part.

As I mentioned on Twitter earlier today, it feels like this changes everything. I couldn’t believe how well the whole setup worked, and with Apple’s new HDMI adapter, plugging your iOS device into your TV via HDMI to play a game in HD resolutions streamed from the internet just feels like the future. The iOS OnLive client even has support for touch and gesture-based controls, it’s just up for developers to build games around them.

What an incredible time to be alive.