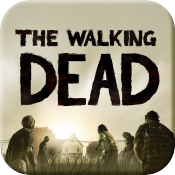 Role-playing and adventure games are great when you’ve got a lot of time to burn, want to participate in a massive story, or just want a game that’s meatier than normal. We want them to fill up our lives, to hook us, and not let go. That’s just how it is.

These are well-explored genres on almost every platform, including the relatively new ones like mobile. As a result, developers have a ton of expectations to manage. They’ve got to nail scale and scope. They’ve got to create uniques universes and fill them with interesting enemies, villains, characters, and scenarios. And most importantly, they’ve got to wrap this all up in a cohesive, accessible package.

A ton of RPG and adventure games were released in 2012, but only a few were able to really deliver on those promises. Our listing is of the best games that delivered.

Walking Dead: The Game, Free – [Review] – [Forum Thread] – [ TA Plays ] – Walking Dead: The Game is a five-part episodic series that takes place in the gory and wretched Walking Dead universe where the people are often much more dangerous than the undead. The adventure told a genuinely heartbreaking tale. Great writing, superb voice, and great controls allow you to feel the emotions the game wants you to.

Penny Arcade's On The Rain-Slick Precipice of Darkness 3, $2.99 – [Review] – [Forum Thread] – One of the more remarkable things about Rain-Slick Precipice 3 is how it melds old and new school RPG design into one coherent package. This is a funny game and a deep game, as well as thoroughly entertaining one from a story and combat perspective.

CHAOS RINGS II, $14.99 – [Review] – [Forum Thread] – In a lot of ways, Chaos Rings II is the quintessential JRPG. It’s kind of grind-y, it’s linear, and the story is nuts. But, Chaos Rings embraces what it is, much to the game’s credit. It’s a refined take on the genre and the tradition, both meaty and familiar, as well as consistently solid.

Squids Wild West, $3.99 – [Review] – [Forum Thread] – The thing we appreciate about Squids the most is how action-y it feels, despite the fact that it’s ultimately a turn-based strategy RPG. Superb art and sound work bolster combat and the game’s various RPG systems, which by the way, are really good.

Ravensword: Shadowlands, $6.99 – [Review] – [Hands-on] – [Forum Thread] – Crescent Moon Games continues their legacy of offering Western-style RPGs with vast open worlds to explore and stellar visuals in Ravensword: Shadowlands, the follow-up title to the 2009 original. Shadowlands raises the bar yet again for what is possible on a mobile device. You can spend hours with the lengthy main storyline, and partake in dozens of side quests along the way. Shadowlands is a fully-realized world that fits in your pocket, and is just begging to be explored.

FINAL FANTASY DIMENSIONS, Free – [Review] – [TA Plays] – [Forum Thread] – Square Enix managed to capture the feeling of their earliest Final Fantasy titles with Dimensions, and it felt incredibly at home on mobile. Probably because it was originally released for mobile phones in 2010 before releasing on iOS this year. We reviewed the free initial version just to see what kind of experience it offered for zero dollars, and it’s actually pretty cool how you can buy additional chapters as you go through IAP.

Saturday Morning RPG, Free – [Review] – [Forum Thread] – This game offered a pretty simplistic, retro-feeling RPG experience at its core, but earned its merit by tickling our ’80s nostalgia bones with witty and humorous dialogue along with a mind-blowing amount of parodies and nods to some of our favorite childhood memories. Saturday Morning RPG continues to grow and expand too, getting progressively better with each new chapter released.

Liliâ„¢, $0.99 – [Review] – [Forum Thread] – [TA Plays] – Lili is an absolutely drop-dead gorgeous game, and even was used as a showpiece for the new widescreen iPhone 5 when it was unveiled. Beyond just looks though, Lili managed to do some pretty progressive things for an action-RPG-adventure game. First its protagonist is a smart female devoid of the typical sexed-up stereotypes reserved for females in many games. Second is that it employed a completely non-violent form of combat, which actually played right into the game’s overall them quite nicely.

Devil's Attorney, $4.99 – [Review] – [Forum Thread] – [TA Plays] – Devil’s Attorney took the basic idea of a role-playing game and took it in a really interesting direction. Here your role is that of a sleazy attorney who must defend some equally sleazy clients. Your turn-based battles play out as courtroom cases, with the plaintiff and defendant sides each exchanging blows. Its style and humor added to the whole experience and really pushed it to the top of iOS games released this year.

McPixel, $2.99 / (Free) – [Forum Thread] – [TA Plays] – Oh man, McPixel you guys. Essentially a point-and-click style adventure game, McPixel lets you loose in a variety of completely absurd scenarios. Inspired by the MacGruber character on Saturday Night Live, which itself is a parody of the MacGyver TV show, you’ll need to learn how to diffuse each situation before blowing yourself up or otherwise killing yourself and others in various crazy ways. Like classic point-and-clicks, the answer is rarely the obvious or logical choice, which is all part of the fun.

Arranger, $0.99 – [Review] – [Forum Thread] – Probably one of the most unique adventures you can take on iOS this year is in Arranger. It’s heavily retro-inspired and revolves around exploring a crazy world in search of your full set of musical instruments. The style of the game is often over the top and crazy, which adds a lot to the appeal. Its focus on music and inclusion of tons of neat mini-games made Arranger a standout title this year.