If there’s one thing that can be said about Square Enix, it’s that they’re excellent at the whole production values thing. Chaos Rings II [$17.99/HD] is absolutely stunning. From the gorgeous musical score to the voice acting to the vibrant landscapes, there is a lot to savor in Square Enix’s latest turn-based RPG. However, that’s not really surprising. We are talking about Square Enix, after all. How often have they published a new game that does not make you whistle gently under your breath? The real question is, ‘Is Chaos Rings II more than a pretty face?’

The plot here works something like this: an apocalyptic force is threatening Earth with impending doom and there is only one person in the universe capable of stopping it. Can you guess who that is? Yup, that’s you. Sort of. In Chaos Rings II, you’ll play as Darwin, a rather effeminate-looking chap that had been unwittingly pushed into the role of the Nominator. As the Nominator, his job is to sacrifice the Pillars (a bunch of people that were forcibly drafted for the dubious honor), harvest their spiritual energies, complete something called the Rite of Resealing and seal away the Destroyer in order to save the world. 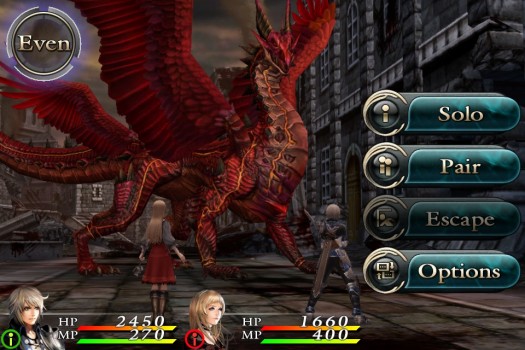 Here’s where it gets problematic for poor Darwin. To begin with, he wasn’t supposed to be the Nominator. Due to a freak turn of circumstances, he acquired the position after he unwittingly killed the original candidate. To make matters worst, he sort of murdered the poor bastard in front of the Pillars. Under normal circumstances, this probably wouldn’t have gone over so badly. After all, one predestined murderer is the same as the other, right? Obviously, that wasn’t the case here. You see, the Pillars in the Rite of Resealing are always composed of those who have some form of attachment to the Nominator. As you can imagine, this makes things a little bit awkward. Not only do you have to murder innocent people, you’ll have to murder some innocent folk that had ties to the dude you unintentionally axed.

(In spite of the religious undertones to the game, the eventual evolution of the plot will probably grab a smirk from any atheists in the audience.) 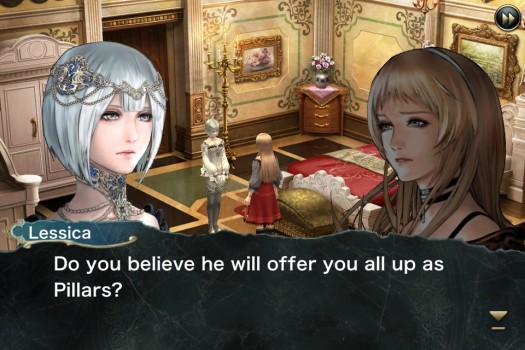 Intriguing as this all sounds, however, there’s a slight problem. While the Japanese voice acting is rather superb (my best friend, who is Japanese, assured me that the voice acting is also supported by decent lines), the localization is not. Technically speaking, there’s nothing wrong with it. There’s no rampant Engrish, no glaring grammatical errors, no spelling mistakes that may evoke a heartfelt palm to the face. Nonetheless, that doesn’t change the fact the English text feels … lackluster. The dialogue’s also anachronistic in places. Words like “gotta" and “c’mon" pop up from time to time to rattle your sense of immersion. As such, I can’t help but feel as though the full potential of the plot was never realized. Something had to have been lost in the translation. Still, it could have been much, much worse.

Gameplay-wise, those who have any experience with the original game or, JRPGs in general, will probably find themselves in familiar waters. For the most part, the game operates in a fairly linear fashion. You’ll be given a task and told to advance to a certain location. You must then make your way through an assortment of random encounters before achieving your goal. From there, you’ll have to go back to the central hub and begin the process anew. There isn’t much else to do. You get a certain amount of freedom in determining the sequencing of events but that’s pretty much it. There is no open world exploration. There are no mini games to engage in. What saves Chaos Rings II from being completely linear are the side quests that you eventually acquire from the corpulent, cat-like Piu Piu (he’s the only merchant available to you and your party) and and his scantily-clad cutouts.

A lot of your time will be spent moving through the exquisitely presented remnants of your world. Along the way, you’ll stumble across equipment, items and, of course, random encounters. You’ll also get to move through ‘shortcuts’ in the world. Once you dive through a portal, you’ll find yourself in this odd little realm that would probably not look amiss in a cyberpunk setting somewhere. Here, you’ll also be called upon to partake in some incredibly light puzzle-solving. Each of the accompanying characters have a special ability that will allow the party to access a part of the world that cannot otherwise be reached. For example, Li Hua is capable of punching through barriers while Connor can shoot at distant targets. Needless to say, once you’ve sacrificed somebody (yup, you’re going to have to kill those people), you’ll lose permanent access to those unique skills. 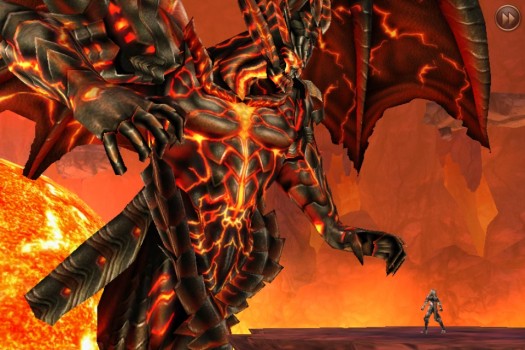 While it doesn’t deviate too far from the standard formula (you’ll be able to attack, cast magic, defend yourself, occasionally escape from combat and utilize items amongst other things), combat in Chaos Rings II is actually rather entertaining. There are plenty of variables to juggle and even more to worry about. To begin with, you’re going to spend a lot of time deciding if you would rather have your characters acting separately or together. If you choose the ‘Pair’ option, you’ll have access to stronger attacks but will also open your party members up to damage that they would have not taken otherwise. Acting ‘solo’, on the other hand, will provide you with more control but less of a punch.

It gets even more complex than that, of course. Technically speaking, combat in Chaos Rings II is turn-based but the reality is that things are also highly dependent on speed. This can be a serious problem if your opponent is armed with some truly devastating moves. If they have the opportunity to assault you before you can defend yourself, you can expect to see the ‘Game Over’ screen faster than you can enunciate your favorite obscenity. Additionally, there’s also a layer of ‘rock, paper, scissors’ that you will have to factor in. Depending on what forces are currently in play on the battle field, attacks and defenses may increase or decrease accordingly. 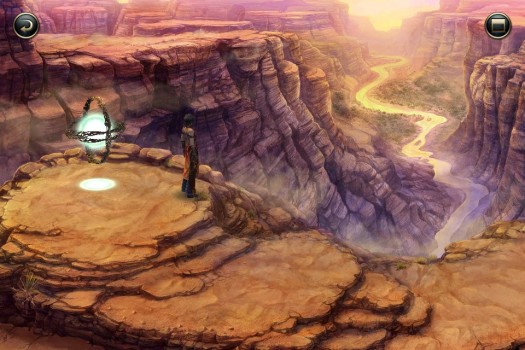 On top of that, there is also the Break Gauge and the Charge Gauge. The former was inherited from the original game. It’s a pretty nifty mechanic that monitors the flow of the battle. When it is marked even, neither parties will receive bonuses. However, when it sways in favor of you or your opponent, the Break Gauge will cause the beneficiaries to increase in potency. As for the Charge Gauge, it functions something like the Limit Break mechanic in the Final Fantasy games. Once it has filled up to a certain extent, you’ll gain access to your ‘Awake’ and ‘Advent’ powers. The latter will allow you to summon a massive being known as, well, an Advent that is associated with the Human Sophia (that thing you get after you’ve defeated the creature born from a dead Pillar) you currently have equipped.

Speaking of Sophias, those form another interesting component in the game. While Pillars are the only ones capable of bestowing the command of a monstrous critter upon you, you can also acquire Sophias from the game’s menagerie of enemies. Each ‘Monster’ Sophia will grant your characters certain atributes and skills. Once you’ve unlocked the right recipes, you’ll be able to acquire even more abilities by combining Sophias in a certain way, something that adds considerable depth to your character customization.

On a more shallow note, I’m going to take a moment to once again remark on the fact that Chaos Rings II looks pretty darn sweet. It is, by far, the prettiest game in the franchise yet. Compared to its predecessors, the resolution in Chaos Rings II is so much higher, the backgrounds more lavishly detailed. Even the characters themselves look more refined. That said, I’m really mostly in love with the little things in the game, things like cherry blossom petals suspended in the air and waterfalls trapped mid-motion.

As for the music, I’ve nothing but good things to say about it. I would buy the soundtrack if the Malaysian App Store would let me do so but I can’t so I’ll settle for assuring you that it’s something that would deserve a spot on most playlists unless, of course, you have an aversion towards soaring vocals and epic-sounding melodies.

In many ways, Chaos Rings II is the quintessential JRPG. You will spend a lot of time grinding. You will be gently but firmly led along the story’s path to its inevitable end. You will see all of the familiar JRPG tropes. However, that’s not necessarily a bad thing, but your decision in regards to whether or not you actually want to purchase the game is going to be dependent on this. For all of its flaws, Chaos Rings II has done more than ample justice to the formula. It’s refined, it’s meaty, and it’s definitely worth the high price of entry.