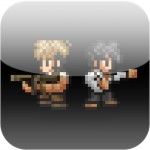 When we first heard that Zeboyd Games would be bringing the long-awaited third title in Penny Arcade’s RPG series to iOS, suffice to say we were pretty stoked that we’d finally be able to play an episode of On the Rain-Slick Precipice of Darkness on Apple’s touch screen devices. Now that we’ve had a chance to check out Episode 3 ($2.99), it’s obvious that Zeboyd has a winner both in the RPG fundamentals as well as the outrageous tale weaved throughout the game. While Episode 3 does have a few annoyances, the majority stemming from the move from controller to touch-based inputs, there’s a lot to love and enjoy in this outing.

If you’ve never played a Penny Arcade RPG (and if iOS is your primary platform, you probably haven’t), On The Rain-Slick Precipice of Darkness follows the adventures of ethereal detectives Tycho Brahe and Jonathan Gabriel as they investigate the supernatural happenings of New Arcadia. While Episode 3 continues the story of the previous games, familiarity with the rest of the series is thankfully not required in order to enjoy the narrative of this sequel. 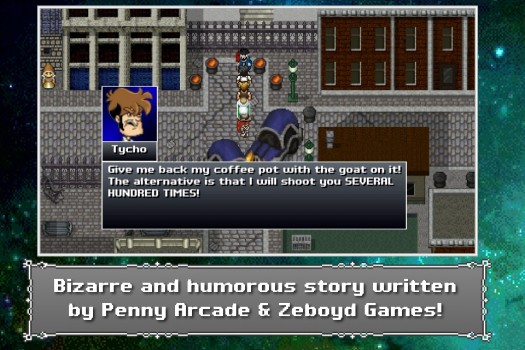 It’s probably a good thing, since players are going to have their hands full deciphering the off-beat narrative now familiar in Penny Arcade RPGs. Whether you’re traversing the periphery (the ‘in-between space’ of realities), infiltrating a hobo town, or taking on aliens on-board a ship one Episode 3 is never guilty of telling a boring tale. If anything, there’s so much to absorb at times it’s best to take the game slow and explore every possible artifact that contains text. I’d highly recommend it too, because despite its absurdity I’m a big fan of the story and pacing, which moves at a good, quick pace with little in terms of meaningless exploration.

Meanwhile, Episode 3’s visuals also take a dramatic turn from its predecessors, with a graphical depiction and musical score reminiscent of 16-bit RPGs. Personally, I absolutely love the new art style with its use of a classical sprite style, but I also acknowledge that one’s appreciation of it is usually based on the age of the beholder. I’m also a fan of the music, which has its share of both catchy and introspective tunes (as an aside the music is a bit higher quality than actual 16-bit music but who cares). 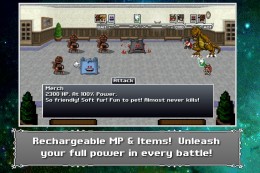 One area that deviates greatly from the 16-bit inspiration is Episode 3’s enemy encounters and battle system, which I love for a few reasons. First, there are no random encounters — all enemies are viewed on screen. While some enemy encounters can be avoided, for the most part you’ll be fighting what the game wants you to fight. This isn’t necessarily a bad thing, however, as the lack of random encounters means the game’s leveling system and enemy difficulty must be tuned well. Episode 3 succeeds well in this regard, as enemy encounters focused more on battle strategy and choice of subclass rather than grinding (which isn’t really possible).

This emphasis on strategy is mostly due to Episode 3‘s battle system, another strong facet of the game. A combination of Final Fantasy’s Active Time Battle and Grandia’s Command-Action systems players must focus not only on dealing damage but also with analyzing and and interrupting enemies’ attacks. It sounds like a small thing, but it opens up a lot more strategy than most RPG systems that have you mash the attack command to win. Other elements like a robust subclass system do a good job adding additional strategy to the game.

When talking about any iOS game that is a port from another platform, controls are usually a hot topic of discussion. Unfortunately, in the case of Episode 3, controls are also the weakest part of the game. While there’s nothing ‘game-breaking’ about how Episode 3 controls, there are just a lot of small annoyances that build up. One example is menu navigation during battles. Rather than simply allowing you to scroll up and down with swipes, Episode 3 forces you to to tap a small indicator in the bottom (or top) corner of the list to move the selection up or down. There also aren’t any visual cues as to where you are in a menu selection, which can lead to you easily missing possible commands. I’m also just not a fan of the touch-oriented menus, which feel tacked on to the game. The same goes for the virtual joypad for movement, which seems imprecise.

Still, I feel like I’m being nit-picky with the controls, as they do work (just not as well as I’d like). Regardless, Episode 3 is an awesome iOS RPG and a wondrous melding of classic and not-so-classic mechanics. When you add in the engrossing story, there’s little to not like about the fundamentals in Episode 3. If you’re even the least bit curious about traversing New Arcadia, I say hurry up already and take the plunge.