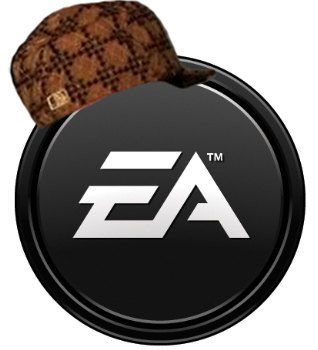 If you were going to put together a list of truly classic iOS titles, and both Flight Control and Real Racing weren’t on it, you’d have some explaining to do. Sadly, it seems as of about ten days ago, the only place those games will exist anymore is in ancient reviews and YouTube trailers. As accidentally spotted by Shaun last night, while looking for something else, EA has removed the following games from the App Store:

What truly sucks about all of this, is if you click any of the above links, we’ve reviewed nearly all of these games, and they were really good. Hell, games like Flight Control and Real Racing transcend “good game" status and instead are more appropriately described as vital pieces of iOS gaming history. Both were early landmark titles that proved that iOS gaming was something to be taken seriously, and both were ridiculously popular.

…And now they’re gone, along with other fabulous iOS games. They didn’t even get a proper send off, beyond silently announcing they’re being removed on a obscure web page hidden deep inside of EA’s support site on the same day they were removed. I can’t find anyone else reporting on this either, meaning this plan worked surprisingly well, as it’s been ten days before we even figured out that these games were gone.

It seems really wrong that games like this can just be nuked from existence, and I really don’t know what the solution to this problem even is. Undoubtedly, these games have been making nearly no money for EA. With iOS 9 coming next week, it’s hard to blame them for not wanting to potentially go through and update/tweak/test dozens of ancient titles to make sure they all work on the new OS and devices. There just needs to be some kind of legacy mode where these games are still playable, or at minimum, accessible to gamers who want to go to the effort of whatever setup they’d need to play them.

Imagine how crazy it would be if the original Super Mario Brothers just didn’t exist anymore, and wasn’t playable, as Nintendo didn’t feel like it was worth updating. It’s a lofty comparison, for sure, but I’ll be able to plug in my NES and show future generations the game I grew up playing without issue. Want to do the same with equally important games for a different platform? Tough luck.

This certainly isn’t the first time historically important iOS games have been removed from the App Store, and I can promise it won’t be the last either. (EA removed a bunch of games around this time last year as well.) It just really, really sucks to be losing these important pieces of our iOS gaming heritage. All it really does is reinforce just how disposable iOS gaming can be, which is the most depressing part of it all. It’s real hard to beat the premium game drum when the games you’re buying inevitably just get erased from existence.