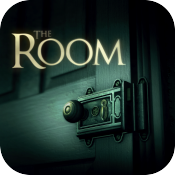 In 2012, puzzle games continued to shine in a big way on the App Store. Branching out from the typical word games and block sliders of days of yore, 2012 brought some seriously unique and innovative experiences- Both as spinoffs to existing App Store franchises and from developers that came completely out of left field with all new titles. Puzzle games are great because even as a “hardcore" gamer, you can often appreciate a puzzle game then share tips and recommendations to friends who are potentially far more casual with their game tastes.

Our favorites this year span new iterations on classic formulas like 10000000 to shockingly in-depth hidden secrets of the mysterious widgets found in The Room. If you’re looking to have your brain twisted, and walk away feeling a little smarter (or a little dumber in the case of failure) check out some of our favorite puzzle games of 2012. Keep in mind, the “puzzle" section of the App Store is quite crowded, so this list is a little bigger than the rest:

The Room Pocket, Free / The Room for iPad, $1.99 – [Review] – [Forum Thread] – As featured in our 2012 Game of the Year post: Few games succeed at providing the level of immersion of The Room. Play it on your iPad if you can, but otherwise, grab your headphones, turn down the lights, and dive in. As a player you’re put to the task of unraveling the riddles of a curious mechanical box. Secrets are everywhere to discover, and each “layer" of the box reveals an increasingly detailed puzzle to solve. The only real down-side to The Room is that it ends shockingly abruptly, leaving you remarkably hungry for more. Fingers crossed for The Room 2 in 2013.

The Hacker, $0.99 – [Review] – [Forum Thread] – Released months before The Room was this similarly atmospheric puzzle game. Inside The Hacker, as the title would suggest, you play as a hacker infiltrating various computer systems. The plot is laid out via emails, instant messages, and other communication mediums as you’re constantly delving deeper into different puzzles that all vaguely play on computer security systems. While the actual puzzles themselves may feel a little basic at times, as a complete package, The Hacker truly shines.

Girls Like Robots, $2.99 – [Review] – [Forum Thread] – [TA Plays] – Adult Swim knocks it out of the park (once again) with this puzzler that puts you to the task of satisfying the needs of women by appropriately seating them near robots and away from nerds. The premise is silly, and sounds a little basic, but can be downright brain-twisting as you pour over which grid squares to place girl, robot, nerd, and pie slices to make everyone happy. (Nerds like pie, you see.) If logic puzzles are something you enjoy, Girls Like Robots is among the best we played this year.

Beat Sneak Bandit, $2.99 – [Review] – [Forum Thread] – Part rhythm game, part stealth game, and part puzzler, filing Beat Sneak Bandit amongst our puzzle game grouping feels the most appropriate. In the game, you play as the beat sneak bandit, trying to sneak out of single-screen rooms by tapping on your screen in time with the beat. It’s a remarkably clever gameplay mechanic, but comes with the distinct drawback of absolutely requiring sound of some kind to play the game, which may not always be ideal. I highly recommend it though, so bust out those headphones and go to town.

Dream of Pixels, $2.99 – [Review] – [Forum Thread] – There have been a lot of Tetris variations on the App Store (most of which are swiftly nuked by EA’s legal team) but Dream of Pixels does things differently by quite literally turning the Tetris formula on its head. My favorite part of the game is the puzzle mode where you’re only given a select few blocks to entirely clear the screen. Be sure to give this game a try if you like Tetris and looking for something new.

Triple Town - Fun & addictive puzzle matching game, Free – [Review] – [Forum Thread] – Don’t let the super cute graphics fool you, this game can be tough, almost like playing a single player version of Chess with bears who are total jerks and constantly thwarting your progress. The town building process is delightfully complicated, and once you have that moment of clarity where you finally understand the strategy of the game Triple Town evolves into a puzzler that you can’t put down. On the up side, it’s free to try, so you can see if it clicks with you before spending a cent.

10000000, $2.99 - [Review] – [Forum Thread] – As featured in our 2012 Game of the Year post: On the surface, it’s a simple row sliding-based match three, but once you play through the tutorial you begin to realize that it’s more about managing the board state over forming any single specific match. For instance, you’ll need sword and stave blocks in an immediate sense, as matching those is how you attack enemies. However, without managing removal of the stone and wood tiles, you quickly run out of available board space for swords and staves. Stone and wood are used for upgrading and repairing your castle, adding a sense of over-arching progression between individual match three dungeon crawling sessions.

Polymer, $2.99 - [Review] – [Forum Thread] – Polymer took the tried and true mechanic of sliding columns and rows to create matches and turned it on its ear. Here, you’re sliding to make polymers, essentially combining the proper pieces to create larger, continuous shapes across the game board. The trick is that once you have things lined up, sliding a row or column could potentially mess up your created shape, meaning careful forethought and planning many moves ahead are crucial to success.

Puzzlejuice, $1.99 - [Review] – [Forum Thread] – Hey, you, you like word games, yeah? But what about Tetris? Like that too? Well, Puzzlejuice is the delightfully frantic hybrid of the two and doing well not only requires a killer vocabulary but also flawless planning and spatial management as you deal with the letter tiles on the game board. If you liked last year’s SpellTower, don’t miss PuzzleJuice.

Letterpress â€“ Word Game, Free - [Review] – [Forum Thread] – This amazing turn-based multiplayer word game was actually the first title that was popular enough to bring down Game Center. Seriously, that happened. In the game, you form words to take over territory on a game board. As fun as it is, the game’s major flaw is the lack of any kind of tutorial. Letterpress is nearly the perfect casual word game, but I feel like every time I recommend it I then have to spend a considerable amount of time explaining how to play it. Regardless, check it out. (Just don’t ask me how to play it, I’m at capacity.)

Angry Birds Space, Free - [Review] – [Forum Thread] – When asking “What’s next?" for the Angry Birds series, I’m not sure anyone expected them to go to space. Regardless, this title further iterated on the classic Angry Birds formula, but in some really clever ways that ratcheted the difficulty up as you not only needed to aim your shots precisely, but also potentially deal with various types of gravity fields from different planetoids and obstacles.

Angry Birds Star Wars, Free - [Review] – [Forum Thread] – [TA Plays] – I think the internet as a whole let out an audible groan when news broke that Rovio was teaming up with Star Wars, but Angry Birds Star Wars is actually quite good. The progression through the Star Wars story told in the Angry Birds universe is incredibly clever, and it’s really neat getting new abilities for your existing birds as you… Err, further your Jedi training.

Bad Piggies, Free - [Review] – [Forum Thread] – [TA Plays] – When Rovio mentioned their next game would be from the pigs’ point of view, I think we all expected to sling pigs at birds. That made sense. Instead, they surprised us with this surprisingly elaborate contraption building game which not only puts players to the task of actually constructing the pigs’ contraption, but piloting it to the goal. Definitely check this one out if you haven’t already.