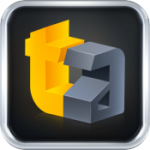 So you’ve got your new iPhone 5, you shot your unboxing video, and are looking for something to do while it uploads to YouTube (or Vimeo if it’s an artsy unboxing video). Why not check out some of our previous “Game of the Year" titles? We review tons of games on a daily / weekly basis, but there can only be one Game of the Year. Dialing things back a bit, every month we’ll do a “Best iOS Games" roundup post that bundles up all the best games that we reviewed in a particular month. These articles are the best place to get started if you want a quick glance at all the best games that have come out, accessible via the Best iPhone Games category link in the far right column. (Or by clicking that link I just dropped.)

We’ve also done more substantial “best of" roundups at the end of each year, as well as when new devices are released, much like this post. Here’s a list of those:

And now, on to our previous games of the year(s):

Superbrothers: Sword&Sworcery, $3.99 - [Review] – [Forum Thread] – Our minds were blown at GDC 2010 when we first got our hands on Sword & Sworcery. The initial experience of playing the game is so powerful that it gave me chills. I really can’t think of any other mobile game that has invoked a similar emotional response that I’ve played in my entire life. Sworcery is an absolute flawless combination of an entirely original soundtrack by Jim Guthrie, pixel art that is easily among the best I’ve ever seen by Craig D. Adams, and the creative genius of Kris Piotrowski along with the proverbial behind-the-scenes glue provided by Capybara Games to bring the whole project together.

Anomaly Warzone Earth HD, $3.99 - [Review] – [Forum Thread] – Tower defense games have always been an App Store staple. It just seems to be a genre that perfectly meshes with both the touch controls of iOS devices, as well as providing an overall gameplay experience that works really well for playing on the go. Unfortunately, it seems there’s only so much you can do in a tower defense game, and even though the past few years have brought some great entries into the genre, they all felt sort of the same. Then, from out of nowhere, comes Anomaly Warzone Earth. In essence, 11 bit studios took the traditional tower defense formula, and flipped it around, offering a whole new take on an otherwise stale section of the App Store.

Infinity Blade II, $6.99 - [Review] – [Forum Thread] – A great sequel to Infinity Blade [$5.99] by Chair Entertainment, Infinity Blade II expands upon the original in every way possible. It’s by far the best looking game on the App Store, and we suspect it will likely serve as the graphical benchmark of what iOS devices are capable of throughout 2012. If you want to stretch the legs of your iPhone, iPad, or iPod touch and see what its truly capable of, Infinity Blade II is the game to do it with.

Mage Gauntlet - GameClub, Free - [Review] – [Forum Thread] – Rocketcat Games has had a fabulous track record for releasing phenomenal iOS titles with its Hook series of games, and Mage Gauntlet continues that tradition by being its best game yet. Flawless controls combine with all the retro trimmings to make us warm with nostalgia while feeling modern enough that even people who weren’t around for the great action RPGs of the 16-bit era can appreciate it. Recent updates have improved gameplay even further, and have added universal compatibility. We can’t wait to see what Rocketcat does in 2012.

SpellTower Classic, $2.99 - [Review] – [Forum Thread] – The App Store is home to a plethora of clever puzzle games, and Zach Gage’s SpellTower is our favorite of the year. Gage elegantly combines the simplicity of a word game with the complexity of a strategy game, and its multiple game modes provide something for everyone regardless of whether you like to take your time and hunt for the best words, or be on the clock and racking up points as quickly as possible. We prefer SpellTower on our iPads, but it’s just as much fun on the iPhone and iPod touch as well.