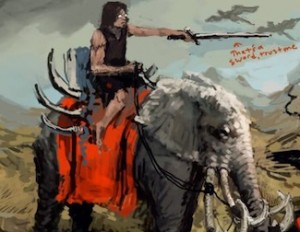 Free to play hit in an even bigger way in 2011, and personally, I wouldn’t mind if the bottom fell out of that whole market in 2012. Here’s the thing: we all love the idea of a free game, but the constant micro-level cash exchanges that these titles usually require aren’t good for gaming as a whole.

We often pay for free-to-play games to skip the game part of the game. This is disastrous, and it’s also bad game design. Instead of focusing on creating sharp and satisfying titles with a beginning, middle, and end, these studios are artfully creating games designed to juice the user. Free to play game design all too often hinges on piling on enough tedium and other garbage to get players reaching for their wallets, and the game only “ends" when the player gets tired of playing (and paying).

The premises of some of these games are compelling and the social hooks are often fun, so people are willing to spend a bit of cash to keep the action going or one-up their friends. This core audience, though, probably doesn’t know a thing about good games like, say, Sword & Sworcery or The Blocks Cometh.

My personal favorites list this year is a shout-out to the App Store titles that I have spent the most time with and don’t have a single free-to-play mechanic. All five are as balanced as any other great game and boast a wealth of content to interact with and to puzzle out. These are satisfying games that show a tremendous amount of creativity in the space. They’re helping to move the medium forward and keep it as popular as it is.

Bumpy Road, $2.99 - [Review] – [Forum Thread] – Virtual control sticks or on-screen UI is endlessly frustrating to me because of games like Bumpy Road. Simogo, now one of my favorite developers, crafted a game in 2011 that not only was grippingly beautiful and artistic, but also endlessly fun to play without a d-pad. Its bread and butter is the direct interaction with the game’s environment, which gives you a level of control that rivals what you could do with a controller if it appeared on consoles. Intuitive, simple, and graceful — you’ve got to see this one and experience it.

Rebuild, $2.99 - [Review] – [Forum Thread] – Let’s get this out of the way, first: Rebuild looks like a flash title, and yeah, it was at one point. But it’s also mind-numbingly brilliant as a strategy game. It requires the same kind of skill and crisis management you’d expect in a Civilization and then marries that with the town-building of any other simulation out there. Aside from some of the mechanical novelties, what really makes this a delight is its infinite re-playability and vision. This isn’t a game about winning clean; it’s about survival at whatever cost.

EPOCH., $0.99 - [Review] – [Forum Thread] – Cover mechanics in most cover-based games are usually boring. They’re a means to get into the act of what’s actually fun: the shooting. One of the cooler aspects of Epoch is that its cover mechanic is entertaining. Jumping, diving, and slamming into barriers is particularly athletic and requires some thoughtfulness. I also dig the writing; instead of force feeding you a story, Epoch invites you to discover it yourself.

Whale Trail, Free – [Review] – [Forum Thread] – Whale Trail is kinda tragic because of its sillily weak price, but let’s put that aside for a second. For me, this was easily the best flyer of the year, as it combines some brilliant one-touch controls to atmospherically insane visuals. I love the production side of this game from head-to-toe, but the game part is smooth, furious, and easily playable in spurts between whatever you’re doing.

Machinarium, $4.99 - [Review] – [Forum Thread] – Like Sword & Sworcery, Machinarium is a delightful mash-up of experiential production married to solid point-and-click adventure play. Sure, this leans a lot more on the latter, but it’s still delightfully fresh as far as these kinds of games go. It has some awesome puzzles, a beautiful art style, and runs pretty well on iPad 2.

Our game of the year, Sword & Sworcery and our runner-up, Anomaly Warzone Earth, are also two brilliant examples of games that are moving the genre forward while offering everything players could want — at one price, period.