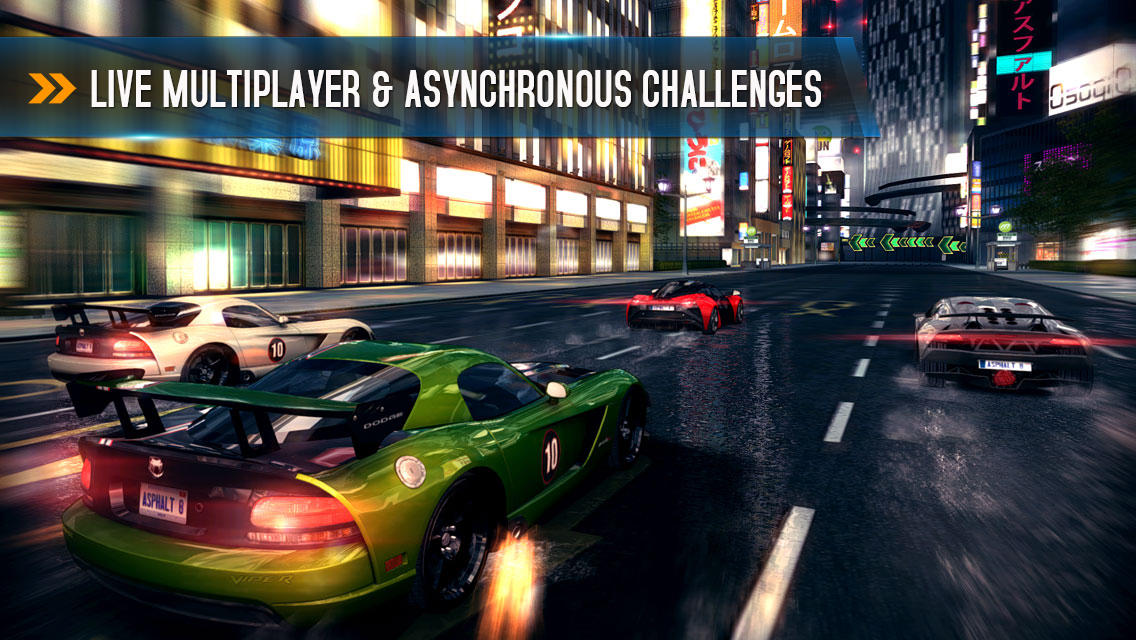 Hey everybody, here’s the best games we reviewed in the month of August. Keep in mind you can view all of our 5 star and 4.5 star games via category sorting. Similarly, you can see all of these “best of" roundups by clicking the Best iPhone Games category. You’ll find tons of good stuff in there, especially if you dig back into the archives a bit.

Additionally, if you haven’t already, give the TouchArcade app [Free] a download. It’s free, and you’ll get push alerts when we post articles like these and other things related to five star games. Cool, right? Last, but certainly not least, in our new redesign you can see the best games available right now any time by clicking the Top Reviews tab at the top of the page.

Asphalt 8: Airborne, Free – [Review] – [TA Plays] – [Forum Thread] – Gameloft’s Asphalt series has certainly come a long way since its humble beginnings as a portable title on the Nintendo DS and early mobile devices. Indeed, since the iOS release of Asphalt 4 (the first of the series to grace Apple’s platform) each iteration has done a good job steadily improving what the series has to offer in order to stay competitive with other iOS powerhouse racing titles. …Read More

Mikey Hooks, $1.99 – [Review] – [Forum Thread] – Mikey Hooks does exactly what you’d hope from a sequel: keeps everything about the original that worked while at the same time adds some new mechanics and ideas to offer a new experience. It fires on all cylinders, and if you’re a fan of the previous games you don’t even need this review to determine if you should get it or not–you probably have already bought it. For everyone else, if you missed out on Mikey previously then see what folks are saying in our forums about this new entry and give the lite version of the original a try to see if it’s up your alley, and if it is, then Mikey Hooks is an effortless recommendation. …Read More

Plants vs. Zombiesâ„¢ 2, Free – [Review] – [Guide] – [TA Plays] – [Forum Thread] – The best way to describe Plants vs. Zombies 2 is by saying it’s simply Plants vs. Zombies with more, and much more content coming if the amount of “coming soon" stuff all over the place is any indication. There’s new plants, new zombies, new themes, new mini-game levels, and a totally new surprisingly generous free to play pay model which legitimately allows you to play the game from start to finish without spending a dime. …Read More

Cloud Spin, $1.99 – [Review] – [TA Plays] – [Forum Thread] – Cloud Spin is an iPad-only app that hosts two game modes — both of which feature flight, but the bulk of the experience takes place in tournament mode. You’ll jet along each stage in an on-rails fashion, flying through the air with the sole aim of reaching the goal and scoring as many points as possible along the way. You’ll play as Lucky — a cute, yet minimalistic protagonist who has a dream of being the greatest competitive flier of all time. …Read More

Dropchord, Free – [Review] – [Forum Thread] – If you have no tolerance for Electronic Dance Music (EDM), Double Fine’s Dropchord won’t be your thing. No chance. It may as well be called EDM: The Game, packed with visceral, beat-dropping music and intense, glowing visuals. It’s video-game-as-album, with tracks and verses instead of stages. I happen to love both EDM and video games. And I love Dropchord. …Read More

Forever Lost: Episode 1 HD, $2.99 – [Review] – [Forum Thread] – In Forever Lost, you awaken in a derelict mental hospital and you are tasked with solving a bunch of puzzles in order to escape. Standard fare point-and-click stuff, though it is done extremely well. Forever Lost screams quality. The rendered 3D visuals are super sexy (if you’re into decaying madhouses) and the haunting soundtrack immerses you in the creepiness wonderfully. …Read More

Knightmare Tower, $2.99 – [Review] – [Forum Thread] – Friggin’ Knightmare Tower found me again. I thought I was safe when I managed to wrest myself from its previous browser incarnation. But lo, Juicy Beast had to port their quintessential launcher title over to Unity3D and iOS and the cycle found rise once again. Now sporting a new engine, a fresh coat of paint, and some rejiggered mechanics and UI elements, it’s ready for the App Store IAP free. …Read More

Lums, $1.99 – [Review] – [Forum Thread] – As one of the original genres on iOS, the physics puzzler has seemingly been done to death ever since the wild success of Angry Birds. While many have tried to recreate its popularity few games have succeeded, instead electing to emulate the game in mechanics only. Lums by Hyperbolic Magnetism takes a different route, incorporating familiar elements of the genre with objectives that turn it completely on its head. It succeeds masterfully too, making it one of the better physics-based puzzlers to hit the App Store in some time. …Read More

Puddle, $2.99 – [Review] – [Forum Thread] – I’ll admit, I figured Puddle to be just another physics-puzzler involving liquid and Rube Goldberg-like level design; its soulless presentation just sticking you with menus, mumbling, “Yeah, we have some levels here…” In that way, Puddle is exactly that. In every other way, though, this game goes above and beyond the typical, raising the bar for what I expect out of my physics-puzzle games. …Read More

Riptide GP2, $2.99 – [Review] – [Forum Thread] – If you played Riptide GP, this sequel will feel pretty familiar from a gameplay standpoint. Sure, there are new race types and a lot more races to compete and win in, but the actual racing itself remains the same. Thankfully, this means that the same responsive controls, fast gameplay and trick/boost system make a return. It’s a good thing too, because GP2 doesn’t mess around from a difficulty standpoint. Unlike other racing games that have a tendency to rubber-band the AI opponents to ensure every race is competitive, Riptide GP2 does a great job simply rewarding (or punishing) players for their skill and attributes, providing more of an incentive to improve one’s entire skillset rather than just hanging around hoping for a random advantage. …Read More