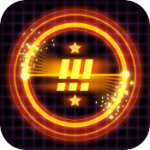 If you have no tolerance for Electronic Dance Music (EDM), Double Fine’s Dropchord (Free) won’t be your thing. No chance. It may as well be called EDM: The Game, packed with visceral, beat-dropping music and intense, glowing visuals. It’s video-game-as-album, with tracks and verses instead of stages. I happen to love both EDM and video games. And I love Dropchord.

Gameplay starts simply, as players touch two points in a big circle, and a beam connecting the points collects notes and avoids red scratches. Soon it gets fast and fierce, and new mechanics are introduced. Collecting notes increases the score multiplier, but hitting the scratches lowers health, ending the party prematurely. New mechanics crop up, like swiping to spin the beam around the circle or tapping smaller circles with one or two fingers.

It looks like a music visualizer come to life. Lights pulsate to the rhythm. Tracks turn tougher as the beat pounds, and the finger gymnastics get elaborate. Twitchy as it may be, a fair amount of strategy is required to master, or even pass, some of the tougher tracks. It takes skill and speed to weave and bob around the circle, scoring as much as possible without overreaching. For wimps like me, it’s almost too hard. 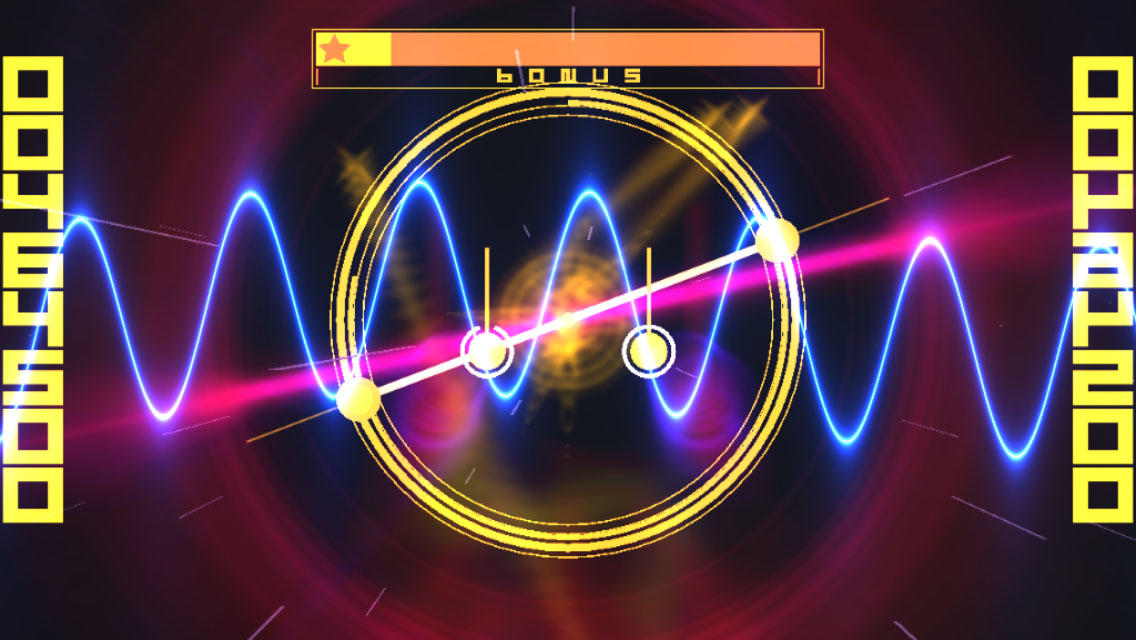 It’s a short game. Every track, played perfectly from beginning to end without losing once (which won’t happen) is under 45 minutes. But who cares? It’s not bloated. Every second of Dropchord is a thrill, with tons of variation in color and sound without sacrificing consistency in tone, from the second the app opens and the beam is first connected.

“Full Mix” puts the game on shuffle, as random verses from random tracks play, increasing in difficulty. There’s also a way to skip tracks in the standard mode, by pausing the game and skipping to the next track, but it’s clunky and takes way too long. Track selection from level one, along with titles, would have been welcome.

Some will play Dropchord to chase a high score. Frankly I don’t think I could care less about the score, or even surviving. I just wanted to play. There should be simple track selection and a free play mode. I never thought I’d say this, but I would have given James Murphy’s best suit (not that I’ve stolen his suit) for a demo mode.

I just wanted to plug my iPhone into a sound system and monitor and let Dropchord show me some pretty sounds and lights. (The soundtrack is available on iTunes, so I can complete half of the equation.) These are very easy fixes, and don’t devalue an electrifying game.

Some games make me want to keep playing all night long, sucking hour after hour until the sun comes up. Dropchord makes me want to throw down my iPhone and dance till dawn. But that would mean I’d have to stop playing. It’s a nice dilemma.