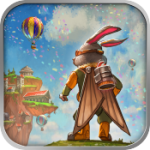 Simply put, Cloud Spin ($1.99) is one of the best looking iPad indie apps I’ve seen in quite some time. With countless beautiful vistas and gorgeous miles of sky that dot the game’s landscape, it’s easy to get sucked into the world of the fearless flier Lucky the rabbit.

Cloud Spin is an iPad-only app that hosts two game modes — both of which feature flight, but the bulk of the experience takes place in tournament mode. You’ll jet along each stage in an on-rails fashion, flying through the air with the sole aim of reaching the goal and scoring as many points as possible along the way. You’ll play as Lucky — a cute, yet minimalistic protagonist who has a dream of being the greatest competitive flier of all time.

There’s a number of hoops, boosts, coins, bonus stars and obstacles in your way from start to finish, and every stage feels distinctly different from one another, slowly ramping up in difficulty. 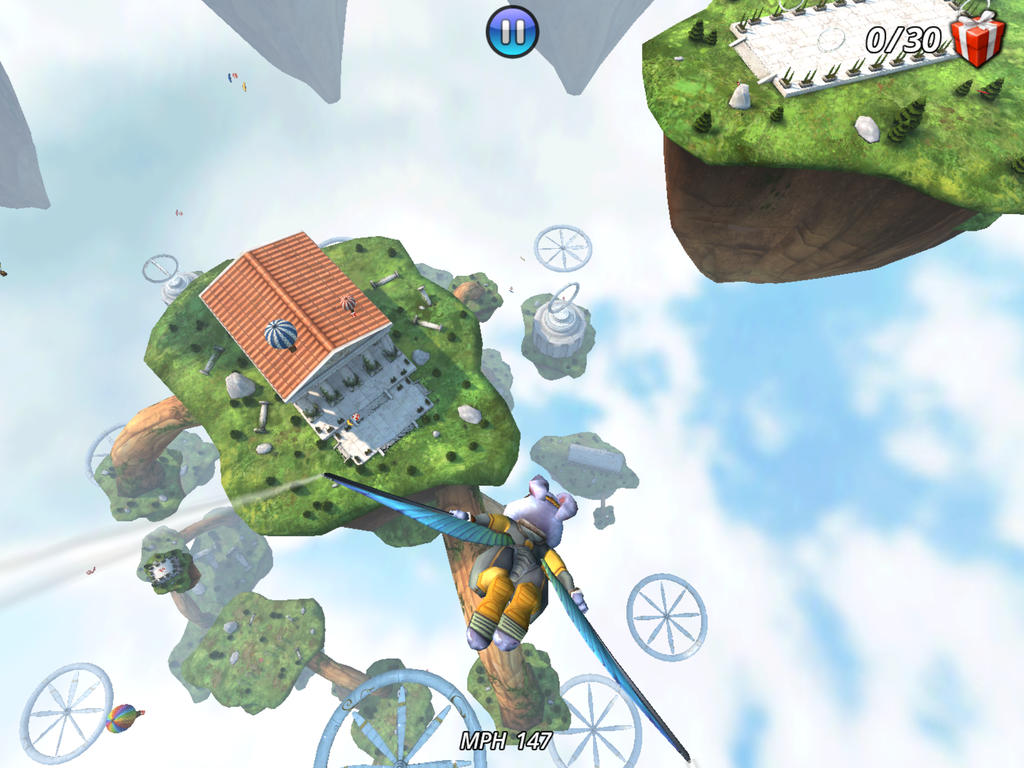 The standout level is one reminiscent of Sonic the Hedgehog‘s Casino Zone, with vibrant neon colors dotting the landscape juxtaposed to a dark and beautiful backdrop. Although the rest of the arenas are well designed, I hope there are more unique settings planned for future updates, like ice or lava themed tournaments.

You’ll control the action through a very simple swipe system that works pretty well, but not flawlessly. As you tap the screen Lucky will move towards the direction of your finger, and by swiping, he’ll dart into the appropriate direction — tap with two fingers and you’ll boost forward.

For the most part I can get Lucky to where he needs to go, but occasionally you’ll find that your finger will trail towards the end of the screen, or inaccurately represent your swiping, resulting in a collision. For extra precision I would have appreciated a small dedicated space with more sensitive controls as an optional scheme, similar to how CAVE shoot ’em ups operate — it would have made things a lot easier for some of the more complicated levels.

As you clear certain parameters in tournament mode you’ll unlock free flight, which takes away Lucky’s jetpack and equips you with free flying wings. The mechanics operate very similarly to the Wing Cap in Mario 64, forcing you to dive and control your height with pinpoint accuracy. The aim here is to collect all of the presents strewn about the open world playground, and some of them are tucked away so brilliantly that it’ll take you quite a while to grab them all.

Once you’re done with the game’s 10 stages you can attempt to top the leaderboards, and get the highest rank possible in tournament play — that’s about it. Thankfully though, there are no in-app-purchases of any kind, and what you see is what you get, short length and all.

Despite the fact that Cloud Spin can be bested in a single afternoon, it’s absolutely worthy of a purchase if you’re into flight simulators. The environments are gorgeous on the iPad, and I can’t wait to see what developer Skytrain Studios does next.