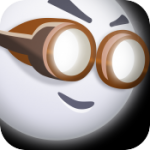 As one of the original genres on iOS, the physics puzzler has seemingly been done to death ever since the wild success of Angry Birds. While many have tried to recreate its popularity few games have succeeded, instead electing to emulate the game in mechanics only. Lums ($1.99) by Hyperbolic Magnetism takes a different route, incorporating familiar elements of the genre with objectives that turn it completely on its head. It succeeds masterfully too, making it one of the better physics-based puzzlers to hit the App Store in some time.

Following the story of a race of beings named after the game’s title, Lums has you taking on a horde of vampires that have invaded the land and seek to cause all the badness that vampires cause. Players utilize a variety of lums that each have special powers in order to take down the vampires in stages with blocks of wood, stone and glass. From this kind of superficial description, you’d think it’s just another Angry Birds clone, but this ends up being pretty far from the truth. 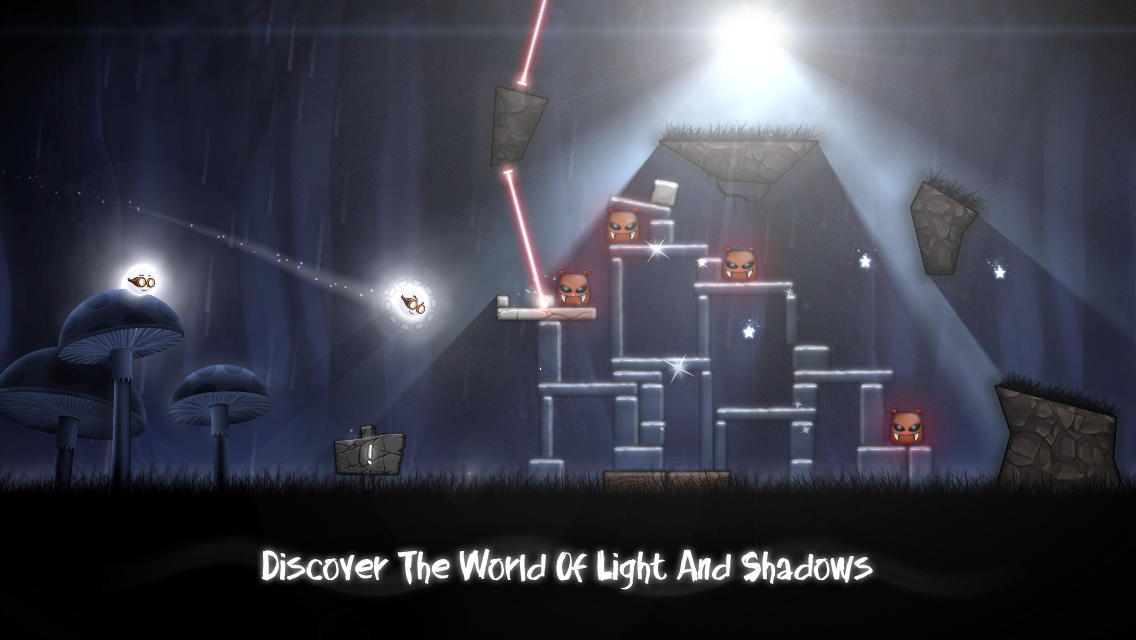 For starters, the vampires you are charged with dispatching are immune to any damage caused by direct interaction with your lums or the bricks/wood surrounding them. Instead, as you might expect, vampires are dispatched by placing them in direct light, which burns them for a few seconds before causing true death. Each stage has light sources shining from various angles, and your goal is to move around the wood and bricks (that block said light) in order to manipulate either the vampires or the surroundings into the light. It’s an awesome premise that forces players to focus a lot more on their surroundings beyond a simple ‘mass destruction’ mentality.

Adding to the strategy are a variety of different lums that actually have a pretty robust set of skills. While the standard Cannonball Lum provides that familiar feeling of destruction, others, such as Light Lum (which transforms into a spotlight where it lands) and Antigravity Lum (temporarily makes any brick it touches fly) have the potential to make seemingly impossible stages solvable with enough creativity. Meanwhile, Transparent Lum (turns bricks into glass) and Stone Lum (turns bricks into stone) are used for setting up the other lums by changing the attributes of the bricks in the stage. 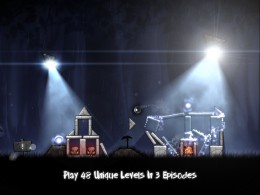 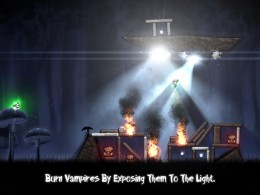 There’s also the fact that lums actually fly, meaning there’s less focus on aiming and trajectory and more on carefully guiding them to the areas they need to be. It’s platforming-like, which is a nice complement to the rest of the physics puzzler gameplay. I thought this was a nice twist on the standard formula, as while there is still a good deal of trial-and-error, it’s less about luck and more about figuring out the intricacies of the stage layout.

There’s also a lot of depth to the potential strategies in Lums that really take the game to the next level. For example, later levels introduce lasers, which instantly destroy any lums (as well as vampires and wood bricks) that come into contact with it. Thus, using your Stone or Transparent Lums to change bricks into stone or glass can dramatically alter the way lasers are projected, opening up (or closing off) sections of the map. This is important as, unlike other physics puzzlers, Lums‘ three-star system is based off of collecting strategically placed stars (rather than a high score criteria). Again, it’s a small change, but one that dramatically changes the mindset of the player’s objectives.

The simple fact that I found myself having to retrain my mind on how to solve the challenges in Lums is a testament to the success it has in taking a well-known genre and giving it its own unique stamp. True, I would have liked more levels (who doesn’t in a good puzzle game?) and some stages felt a little too obtuse, but these are very minor complaints against an otherwise excellent puzzler. Add in some great visuals and presentation, and there’s very little reason not to check out Lums.