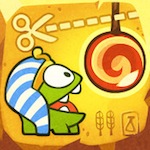 We’ve had a crazy day of getting deep into all of the latest iOS releases as they hit the US store, and as of this posting they should be available everywhere worldwide.

You may have noticed we changed up our format today. Instead of posting a single roundup story, we’ve gone more in depth with the various Thursday releases to give some first impressions of these new games before they hit worldwide. This gives you a better feel for the quality of the games that are coming out.

The most notable games and the ones with the best first impressions included Halfbrick’s Fish Out of Water, Graeme Devine’s Rocket Patrol, Cut the Rope: Time Travel, and surprisingly enough Teenage Mutant Ninja Turtles. We’ll be revisiting some of these with more in depth reviews in the coming days.

Also, don’t miss out on other new releases that had already come out, but that we were also impressed with today: Vendetta Online, They Need to be Fed 2, and forum-favorite Fangz.

Here’s our final summary roundup which includes all the games from today.

Set in the Anima: Beyond Fantasy universe, the meat of the game seems to be action-oriented platforming, rampaging from area to area brawling with gated fights where you cannot progress past a certain area until you’ve killed all the dudes on screen.

A solid follow-up to the original Cut the Rope and Cut the Rope Experiments that offers more of the same rope-cutting, monster-feeding shenanigans that managed to strike a chord with folks.

Fish Out of Water

We’ve extensively covered the game in the past, but here’s the gist (again)- Imagine skipping stones in a constantly changing ocean that’s directly linked to the weather in game, only instead of stones you’ve got a variety of fish that each have slightly different abilities such as being able to fly extra far or being able to skip across the surface like mad.

To my knowledge there aren’t any other games that let you play as a giant ninja fist with legs who must use their fist-shaped body to fight off various brightly colored enemy ninjas who are all hellbent on breaking your heart.

With two button controls, you’re tasked with beating the crap out of opposing monkey boxers.

Robots have decided to fight back against sleep by the only way that makes sense: attacking the sheep that we count when we need to catch our 40 winks.

I think the easiest way to describe R.I.P. Ralley is to take the vibe of those arena levels in Twisted Metal, throw in a dash of Smash TV, replace all enemies with zombies, then apply a heavy glaze of free to play on top. 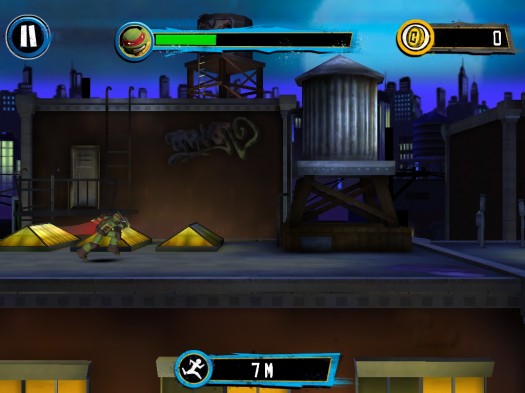 Teenage Mutant Ninja Turtles: Rooftop Run is one of tonight’s bigger ticket releases because of the branding, but it’s also one heck of a runner that nimbly mixes combat with scaling and jumping, as well impressive QTEs.