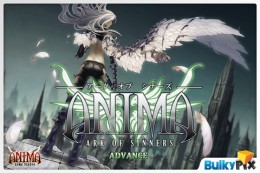 Another title in the onslaught of tonight’s releases is Ark of Sinners Advance by Bulkypix. Set in the Anima: Beyond Fantasy universe, Ark of Sinners seems to draw considerably from the existing pool of lore that an already established universe provides. You play as Celia, who according to the previously linked Wikipedia page is a member of a faction who is “implanted with technology infused with magic."

The game opens with a brief tutorial that gets you familiar with is 2.5D action-oriented gameplay that leans heavily on virtual controls all over your screen that handle jumping, attacking, movement, and evasion. Jumping feels a little weird since how high you jump is directly linked to how long you hold the button down which always translates to being a little weird to me. After the tutorial, you’re greeted with a brief cutscene that covers the protagonist being inflicted with some mild amnesia with an off-putting amount of side-boob. 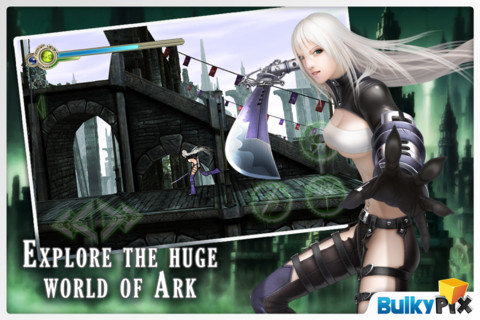 The meat of the game seems to be action-oriented platforming, rampaging from area to area brawling with gated fights where you cannot progress past a certain area until you’ve killed all the dudes on screen. Eventually you’ll come across some blue glowing orbs which serve as “Lost Time Memories Points." These are used to fill out an impressively vast screen of character upgrades ranging from increasing your hit points to adding new moves and combos to your combat arsenal.

First impressions of the game are giving me almost Bayonetta-like vibes, especially when you combine the gated combat with the huge combat capability upgrade system. Of course, like most of these virtual control-laden platformers, I’m guessing how much you enjoy the game will be closely linked with how you are with virtual controls. Even in the early portions of the game I’ve found myself slightly frustrated with falling and dying unintentionally, although I’m anxious to see if this gets better or worse as I get deeper into the game. The original WiiWare title was basically ravaged on Metacritic, so I’m not sure how hopeful I should be on that.

Ark of Sinners Advance should be available on the US App Store at 11:00 PM Eastern, or potentially much earlier if you’re in a region east of the USA. To be alerted when the game is available, open this story in the TouchArcade App (Free) and add it to your watch list. A little after 11:00 PM tonight you’ll get a push alert with the download link.