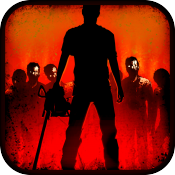 Auto-runners have really found a home on iPad, iPhone, and iPod touch. Built from the ground-up for portability, these games are easy to pick up and put down on a whim. You can play for seconds, minutes, or hours depending on your mood and location. Playing couldn’t be simpler, either — with intuitive swipes, taps, and tilts, you can guide a given avatar through magical worlds full of dangerous obstacles without fumbling with your device.

In 2012, we’ve seen the runner take off. Most owe a lot to Imangi’s Temple Run (Free), but the best of the best we’ve seen this year have executed on their own unique ideas and built on the concept of the runner, as opposed to straight-up copying.

Our favorite auto-runners of 2012 show that there’s more to the runner than what meets the eye. Each of these bring something really cool to the table, be it a fun new perspective, a new style, a fun take on a known property, or even new mechanics.

Into the Dead, Free – [Review] – [Forum Thread] – [ TA Plays ] – We’re tired of running away from zombies, too, but Into the Dead invites you to experience the physicality of an escape, which is a welcome thing. Presented in a first-person perspective, Into the Dead puts you right into the thick of the action of the zombie her. Smart camera work as well as animations make every stumble and turn feel real, adding to an overall feel of recklessness of a run.

Verticus, Free – [Review] – [Forum Thread] – [ TA Plays ] – This isn’t as much of a stretch as you think it is. Verticus is a game about falling, but it leverages runner ideas and constructs in order to deliver a fast, wild ride that has you tossing, tilting, and turning in the skies to avoid mines, grab coins, and of course, to save the world. It’s a nice change of pace that uses familiar stuff.

PITFALL!â„¢, Free – [Review] – [Forum Thread] – [ TA Plays ] – The re-imagining of Pitfall is more than an everyday behind-the-back endless runner. It does some really cool stuff with perspective switches, pulling you out of the typical action in favor of more traditional third-person platforming. Pitfall also has a great visual style, as well as sharp instance design. One second you’ll be jumping over pits and avoiding snakes, the next you’ll be riding in a minecart.

Temple Run: Brave, $1.99 – [Review] – [Forum Thread] – [ TA Plays ] – These runners probably wouldn’t exist as they are if Temple Run was not a thing that hit it big on the App Store. Brave isn’t so much of a twist as it is a change scenery, but it’s a welcome one. Brave feels fast and honest to the Brave IP, and it’s a blast to play just like Imagini’s first game.

Subway Surfers, Free – [Review] – [Forum Thread] – This was one of the first behind-the-back runners to use a lane-switching mechanic that actually felt fun and intuitive to use. It also introduced a variety of interesting environmental challenges and choices, with alternate paths and moving trains that had you making split-second decisions just to keep yourself in one piece. Add a boatload of customizable items and rewards to earn and this was an endless runner that stood out from the pack.

Punch Quest, Free – [Review] – [Forum Thread] – [ TA Plays ] – Punch Quest adds punching to the runner mix, and it’s an awesome addition that adds some actual interaction to a genre that normally asks you to be purely reactive. Plus, there’s tons of stuff to unlock between actual abilities you can use and superfluous hats you can wear, so the “one more run" nature of the game has a greater purpose.

Ski Safari, $0.99 – [Review] – [Forum Thread] – Ski Safari was novel back when it released in May for having an excellent sense of style and utilizing a brilliant one-touch control scheme. Simply hold down on the screen to rotate Sven your skier as he navigates the bumps, cliffs and hazards of a mountain while trying to outrun an avalanche. Its wide variety of environmental elements, customization options, and unlockable items and themes make Ski Safari one of the silliest runners around, and that continues to expand through steady content updates.