Here are a few sales and price drops that have just landed, to hopefully help deliver a bit of low-cost, weekend gaming fun. 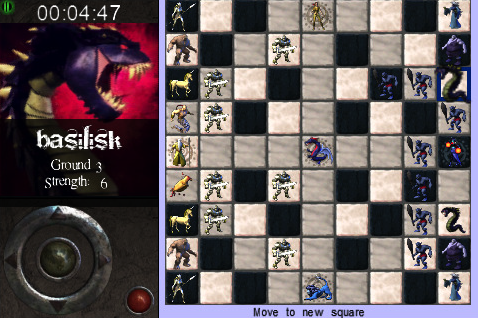 Archon, $1.99 [ review ], Archon: Conquest, Free [ review ] — React Games has brought the classic 1983 EA action strategy game Archon to the iPhone in two different flavors. Archon for the iPhone is, well, Archon — for the iPhone, more or less a straight remake. Archon: Conquest replaces the chess board of the original with a variety of different environments in which to play — four maps or campaigns with 60 different quests or puzzles to complete in all, visually similar to EA’s 1984 sequel, Archon II: Adept. Both titles are on sale until the end of October in honor of the release of Archon PC through Steam.

Archetype, $0.99 [ review ] — We’ve been in love with Villan’s superb online first-person shooter Archetype since we first got our hands on it — and it’s a love that shows no sign of fading. Villain has dropped the price of the iPhone version to $0.99, down from $2.99, so if you’re a FPS fan and somehow don’t yet have this on your device, get to the App Store. Archetype is also available in an iPad version [link].

SimCityâ„¢ Deluxe, $0.99 [ details ] — Before The Sims came another extremely well-known and respected series, the city-building simulation SimCity, also by Will Wright. EA is currently running SimCity Deluxe, a follow-up to the original SimCity for the iPhone, at $0.99, down from $4.99.

Raging Thunder 2, Free [ video ], Raging Thunder 2 for iPad, $2.99, Wave Blazer, $1.99 [ review ] — Polarbit, who were putting out iPhone games before there was an App Store, have discounted three of their iOS racing titles. Raging Thunder 2, both the iPhone and iPad versions, have dropped from $4.99 to $2.99, while their aquatic, power-boat racer Wave Blazer has sunk in price from $3.99 to $1.99. All three are high-speed fun.