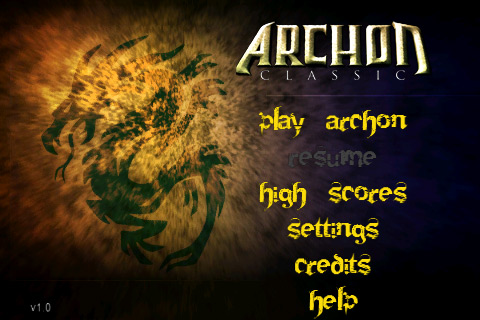 React Game’s iPhone remake of the classic 1983 EA game of light and dark, Archon, has tonight appeared in the App Store [link].

Archon is hailed as a perfect hybrid of strategy and fast-action combat. You take control of either the Light or Dark team, each with their unique line-up of creatures. Strategically move your pieces on the chess-like board to capture squares. If you move onto an enemy square however, real-time battle ensues in the Combat Arena! Dodge with your Dragon or weave with your Unicorn and defeat your enemy. The combat victor captures the square on the Strategy Board. You win a game by annihilating your opponent’s team or claiming all 5 “Power Squares.” 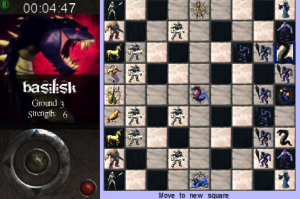 As a long-time fan of the ’80s original, I was thrilled to hear that a licensed port of the game was headed to the iPhone….but I also harbored reservations.  Archon is a game that really stands the test of time.  I was afraid that the iPhone remake would dispense with the true spirit of the game and deliver an over-the-top, ultramodern experience baring little resemeblance to the nearly perfect original.  Happily, it seems my fears were unfounded.

Archon for the iPhone is, well, Archon — for the iPhone.  Oh, the reworked game features enhanced graphics and sound, but it is highly similar to the 8-bit original and the spirit is most definitely preserved.

On the game board, pieces are moved with tap controls, and when action shifts to the battle arena, an on-screen D-pad with a tap to fire in the direction of motion are used by default, with the option of accelerometer based movement controls.  The controls work as well as the typical D-pad scenario, but the all-important diagonal shots can be tricky to smoothly execute. The game comes with three difficulty levels (novice, average, adept) with novice and average both seemed too easy, while adept started offering some challenge. The game only offers a single “classic" single player mode in the first version, though ReactGames has suggested they are looking into campaign, multiplayer and more in the future. 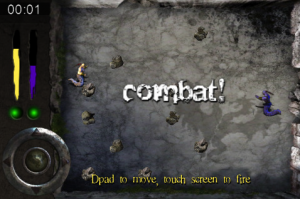 Arena combat may involve combatants of highly differing attack techniques.  Unicorn fires high-speed, low-damage bolts.  Phoenix is invincible during its fire-plume attack.  Golem throws low-speed, high-damage boulders.  Knight delivers a close-range, high-damage attack.  And the overall power of each is affected by the shade of the board square on which it sits; light pieces are more powerful the lighter the square, dark pieces are more powerful the darker the square — and the shade of each square changes as time progresses in the game.  In all, it makes for a series of battles that require real skill with each attach technique in order to emerge victorious.

The game’s audio has been notably modernized as compared to the original and a variety of battleground backdrop graphics are provided.  It’s basically the same  Archon, packaged to appeal to modern players. There had been some talk that we’d see a playmode featuring the original, retro graphics set, but that option isn’t apparent at first glance.

Those unfamiliar with the title should not confuse Archon with a Battle Chess-style title where gameplay is entirely a board-based strategy affair, with fighting sequences that are nothing more than eye-candy.  In Archon, once battle is waged, it’s up to the player to white-knuckle it to victory. And at a price-point of $3.99, it’s a title certainly worth a look if you’re a fan of the original, though the game offers only the one single player mode at this time.