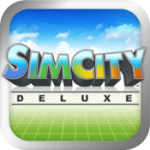 As we noted in our EA Hot For The Holidays roundup, the successor to the original SimCity for iPhone SimCity Deluxe [$6.99] is now available in the App Store. While not exactly a sequel, this new version is more of an enhanced version of the original iPhone iteration. From our preview of the game:

This sequel of sorts is basically little more than a makeover of the original SimCity [$2.99], it’s a little disappointing that EA is releasing this as a separate game instead of applying these fixes to the existing one, but I suppose you could say the same about most EA sequels. SimCity Deluxe is going to have seasons (and disasters to go with each) as well as graphics that look a lot like SimCity 4 for the PC. In the game you will finally be able to modify the terrain with touch controls, which actually was a lot of fun. The new UI is also substantially less clunky, although still suffers a little just because there’s so much you can do in the game and packing all those functions in to a sensible touch-based interface is never going to be easy. 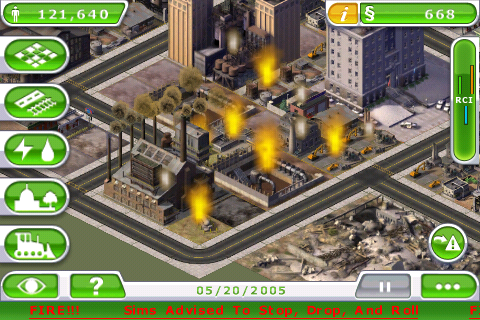 After spending a little time with SimCity Deluxe, it certainly is an improvement over the original, and works rather well on the iPhone touch screen. If you have yet to own SimCity on your device and were thinking that the cheaper original version would suffice, that doesn’t appear to be an option anymore. Curiously, the original SimCity for iPhone seems to have been removed from the App Store to make room for its deluxe big brother. I’m not sure if this is a permanent removal, but for the extra few dollars you’re probably better off going with this newer version anyway.

Oddly enough, SimCity Deluxe isn’t universal, and an iPad version of the game is nowhere to be found in EA’s lineup of upcoming games that they’ve announced. The larger screen seems to be a natural fit for a game this complex, and I’m keeping my fingers crossed that EA eventually realizes this as well.