A little over 9 months ago, Mika Mobile announced that they had begun production on Battleheart 2, a long-awaited sequel to their 2011 genre-defining hit Battleheart ($2.99). The original Battleheart introduced the oft-copied line-drawing party movement and battling systems, and its 2014 spinoff Battleheart Legacy ($4.99) took the series into 3D and added so many RPG systems it created basically an infinitely replayable adventure, though it was a bit of a departure from the first game. Battleheart 2 looks to go back to the core concepts of the original while also adding the best elements of Legacy to create the ultimate Battleheart experience. Today Mika updated their blog with where Battleheart 2 is at at this point in its development. 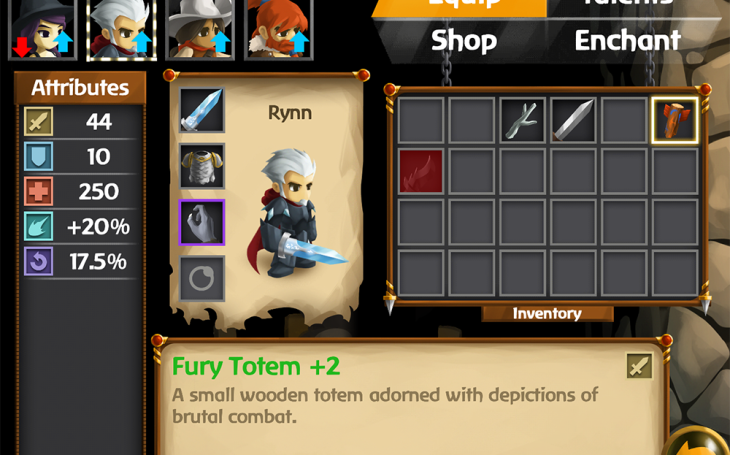 Basically, some of the less sexy details like menu and UI systems are all finished up, and there’s a lot of information about how the leveling systems, equipment, and weapons will work. It sounds like Battleheart 2 will be another game where you can build out your characters in so many different ways that it’s almost like an RPG jukebox. There’s nothing more satisfying than coming up with crazy ideas and having a system that’s flexible enough to see those dreams come true. Now Mika will be focusing on adding the remaining 4 initial classes of heroes planned for the game, and adding in plenty more enemies and doing tons of playtesting. They feel confident the game will be mostly complete by winter and are hopeful for a 2017 release, but it’s very possible it could slip to 2018 too. One thing I do know is that they won’t release it until it’s good and ready, which I’m totally cool with. I’m sure Mika will be back with another update later this year so keep that excitement train rolling for Battleheart 2!