True Axis has been treating their True Skate ($1.99) players well in 2014, with four brand new skateparks added as DLC (The Schoolyard, The Warehouse, Double Infinity, and The Factory) along with sweet new features like a replay viewer and a “realistic" mode. It was already one of my favorite and most-played iOS games when it released more than a year and a half ago, but it just keeps on getting better with age.

Today, True Axis has announced possibly the biggest leap for True Skate yet as they’ve partnered up with Street League Skateboarding, the preeminent street skateboarding competition series, and are now the official mobile game for Street League. How cool is that? What that means in the near term is that True Skate will be getting an update today/tomorrow that adds the street course from the 2013 SLS Kansas City competition as a playable DLC level. Here’s some screens. 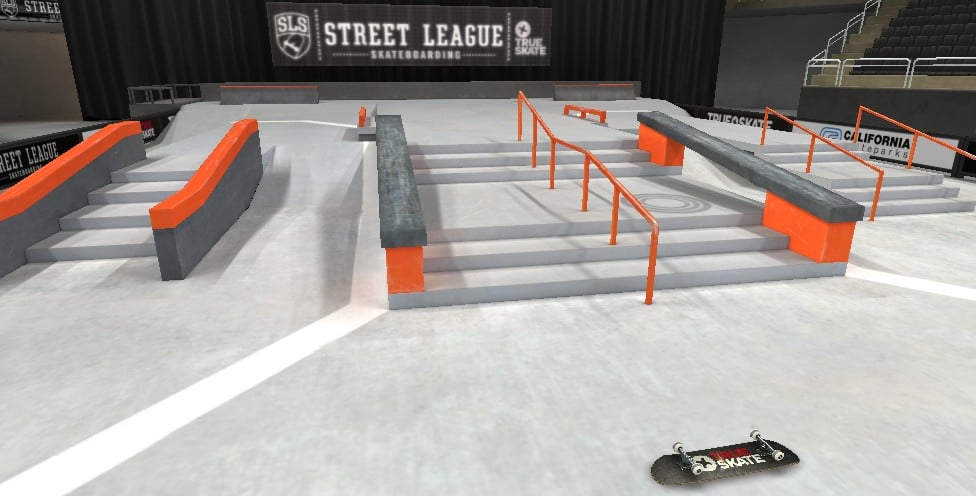 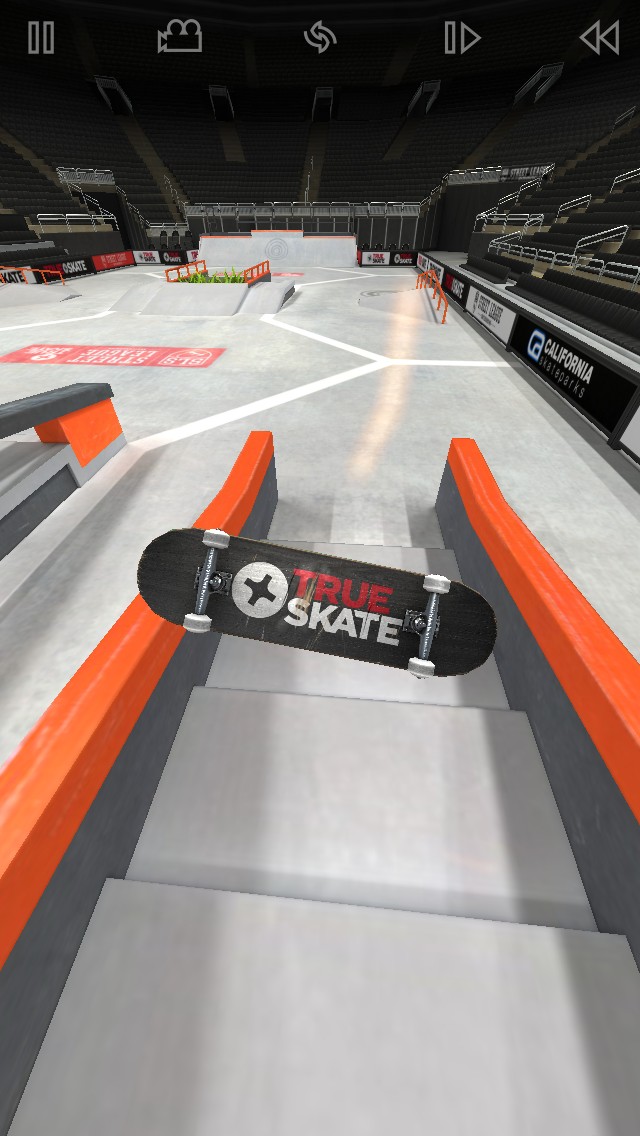 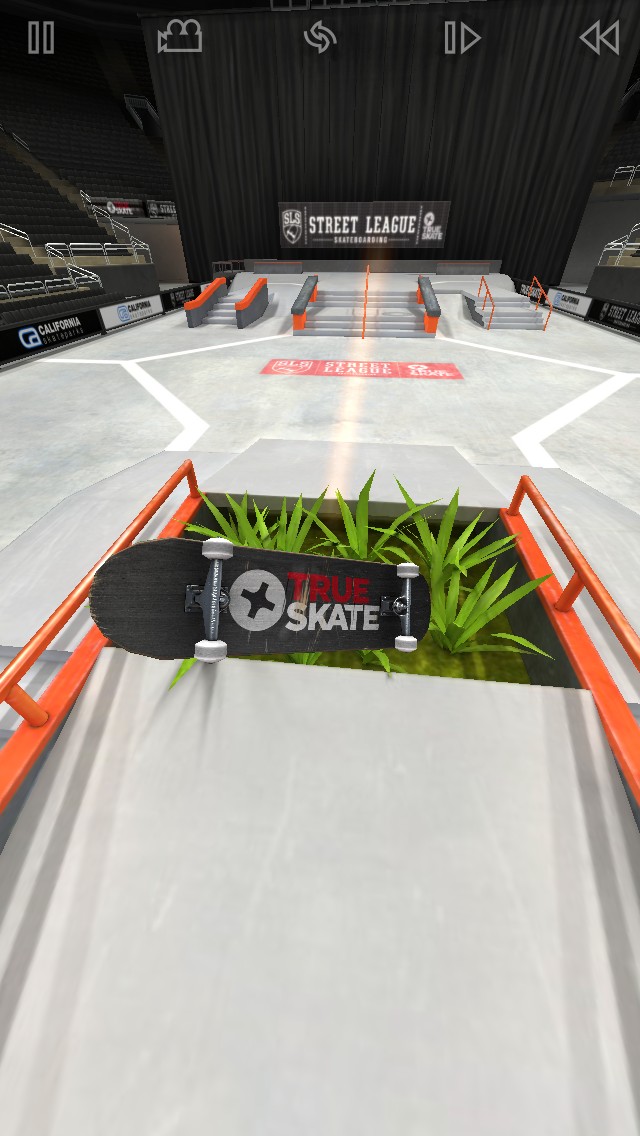 As cool as that is, that’s just in the short term. In the long term, True Axis is looking to add even more courses from Street League past and present and incorporate the competition’s unique ISX scoring system into True Skate so players can host their very own virtual SLS World Tour competitions. I could see that being very cool, especially if you could play against others online. There is also talk of bringing some of the signature tricks that have been pulled off by pros in SLS competitions over the years into the game somehow, possibly in some sort of quest mode that has you trying to replicate those tricks on their respective obstacles in the various SLS courses. The possibilities with this partnership are endless.

The other major portion of this latest announcement from True Axis is that for the first time ever True Skate will be on sale for free to celebrate the new update. The Kansas City SLS course will be a 99¢ in-app purchase, just like the rest of the DLC parks in the game. But, even if you didn’t buy any DLC parks, the initial download of True Skate comes with the Skatepark Underpass which for the first four months of the game’s life was the only level available, and I still never tired of it. If you’ve been hesitant to check out True Skate, now is the time to do it. If you’re interested in watching the real life Street League competition, the next one takes place in Chicago this Sunday and you can check times and channels on the Street League homepage under Schedule.