Hot on the heels of a new park being added to Touchgrind Skate 2, True Axis has just updated their fantastic skateboarding sim True Skate ($1.99) with its own new park and lots of other new features. The new park is the Schoolyard, available as an 99¢ in-app purchase, and it’s one of the four new parks planned for the game. Unlike the game’s previous two parks which feature a lot of transition, the Schoolyard is more street-focused and is filled with plenty of stairs, ledges, handrails and benches to skate on. And it’s a ton of fun.

While the new park is the big ticket item in this update, there’s a lot of smaller improvements in it as well. The swipe sensitivity can now be adjusted in the options, and the default sensitivity has been lowered, which makes the game feel a tad more realistic. Anti-aliasing is also enabled on the newest iOS devices, and on my iPhone 5s True Skate is now razor sharp. It really makes a difference. There are also some tweaks to how certain grinds work, ollie heights, camera views while on transitions and more, all of which are detailed in the update description. Here’s a few screens from the new Schoolyard level. 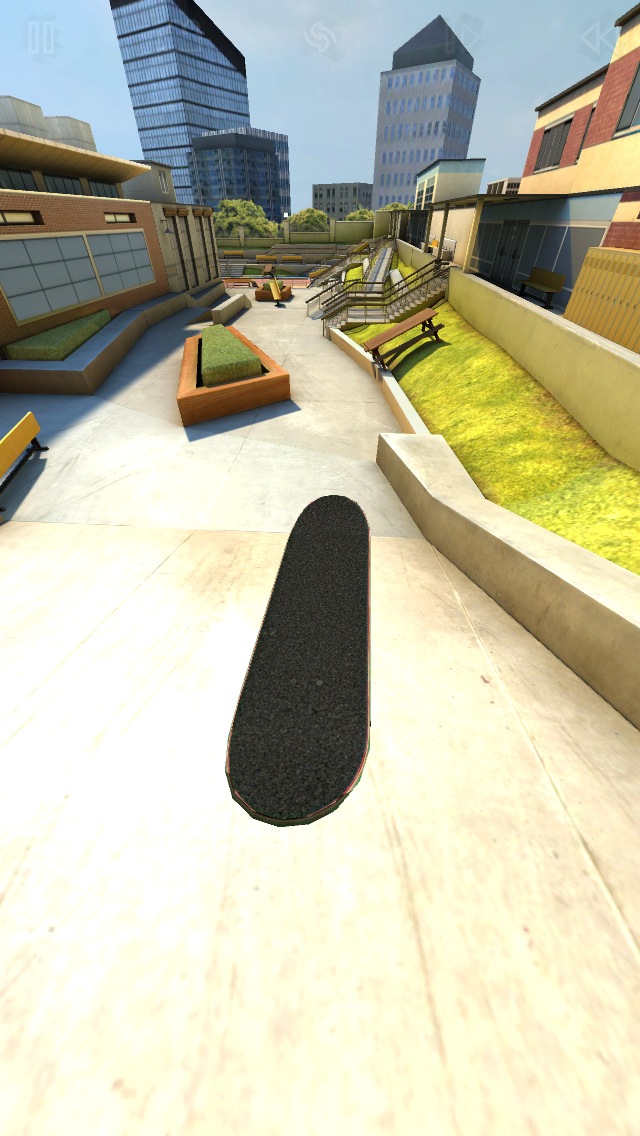 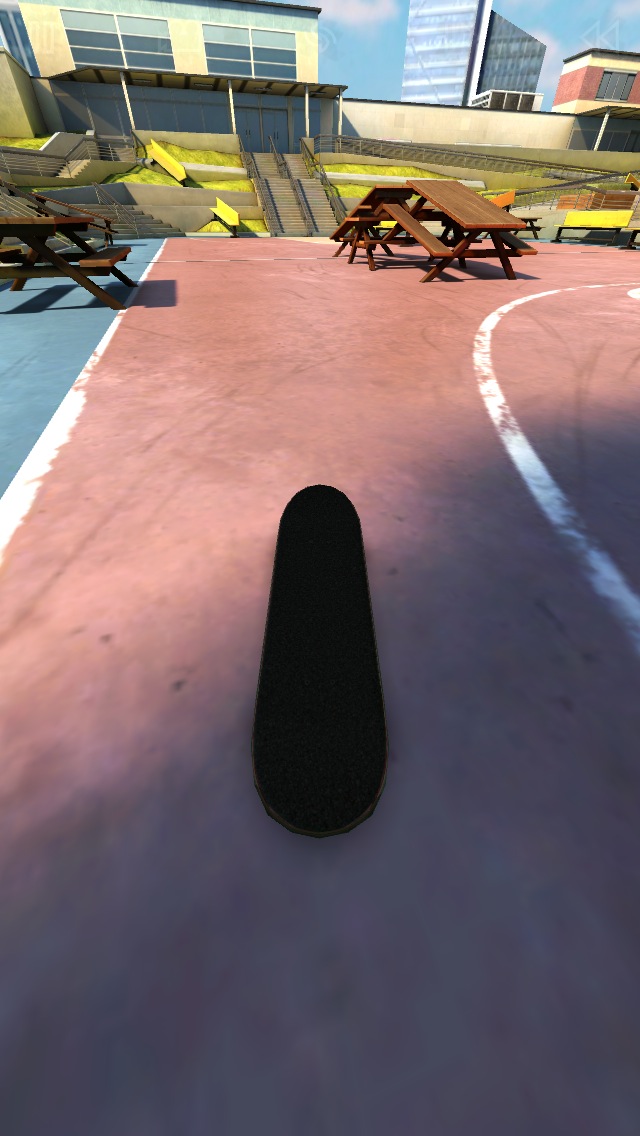 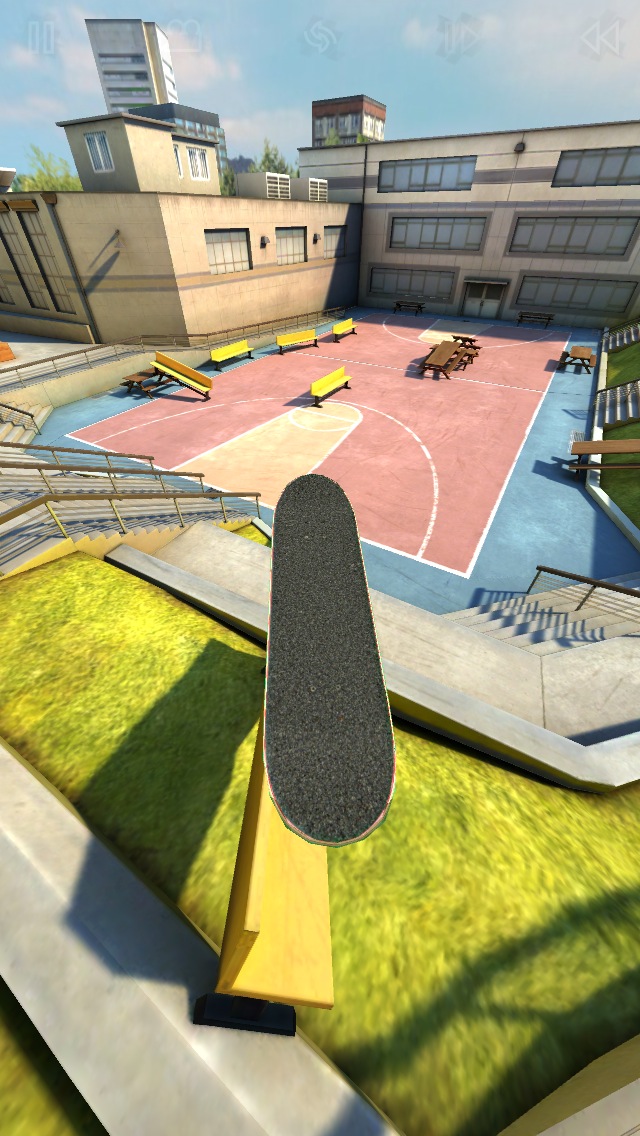 Unfortunately, a couple of bugs have slipped into this True Skate update. The first is a graphical glitch that might make your customized board graphics (and wheels and trucks) flicker, but it’s not game-breaking. In fact it looks sort of cool, even if unintentional. The second isn’t exactly a bug, but this update was supposed to feature online leaderboards with replays, but there was a problem on True Axis’ end with the connectivity so sadly those aren’t in this particular update. However, they’re already working on a fix for both of these issues, so it should be taken care of shortly.

If you’re like me, and have spent countless hours playing True Skate since its release in late 2012, then this new skatepark is reason enough to blow off any sort of productivity for the rest of the week. Check it out, and we’ll keep tabs on when the leaderboard and replays will get patched in as well as when we can expect the rest of the new skateparks sometime later this year.