A few days ago, True Axis spilled the beans on its latest update for their skateboarding simulation True Skate ($1.99), which included a brand new skatepark called The Factory, a new Realistic mode, a simple replay viewer and a mysterious new feature called a Crash Cam. Like the past several True Skate updates, this one was set for a Thursday launch but actually went live much earlier than that, which in my case was early Wednesday morning. Since Wednesday was a hectic day, and I was off yesterday (you missed me terribly, right?), I’m just now getting around to posting about the update’s availability. But I’ve also been able to spend the last couple of days playing around with the new stuff, so allow me to let you know what I think about it.

First up let’s talk about Realistic Mode. This is something people have been requesting for a long time, as as cool as True Skate is the physics are definitely much more forgiving than what you’d see in real life. The Realistic Mode can be toggled on or off in the options, and when it’s turned on, it basically makes the forces of gravity in the game much stronger. Gone are the days of busting an ollie way above a rail and landing back down on it to grind. In Realistic Mode, you have to actually work to get up on some of the higher obstacles. The coolest thing about Realistic Mode is that your ollie height can be adjusted based on how you swipe your front finger up on the board after popping down on the tail. It feels really… well, realistic to actual skateboarding. It’s also can be a lot more satisfying to pull off certain tricks. That said, I’m still very happy it’s an option you can turn on and off, because it’s still fun to go back in and play with how the physics were originally tuned. 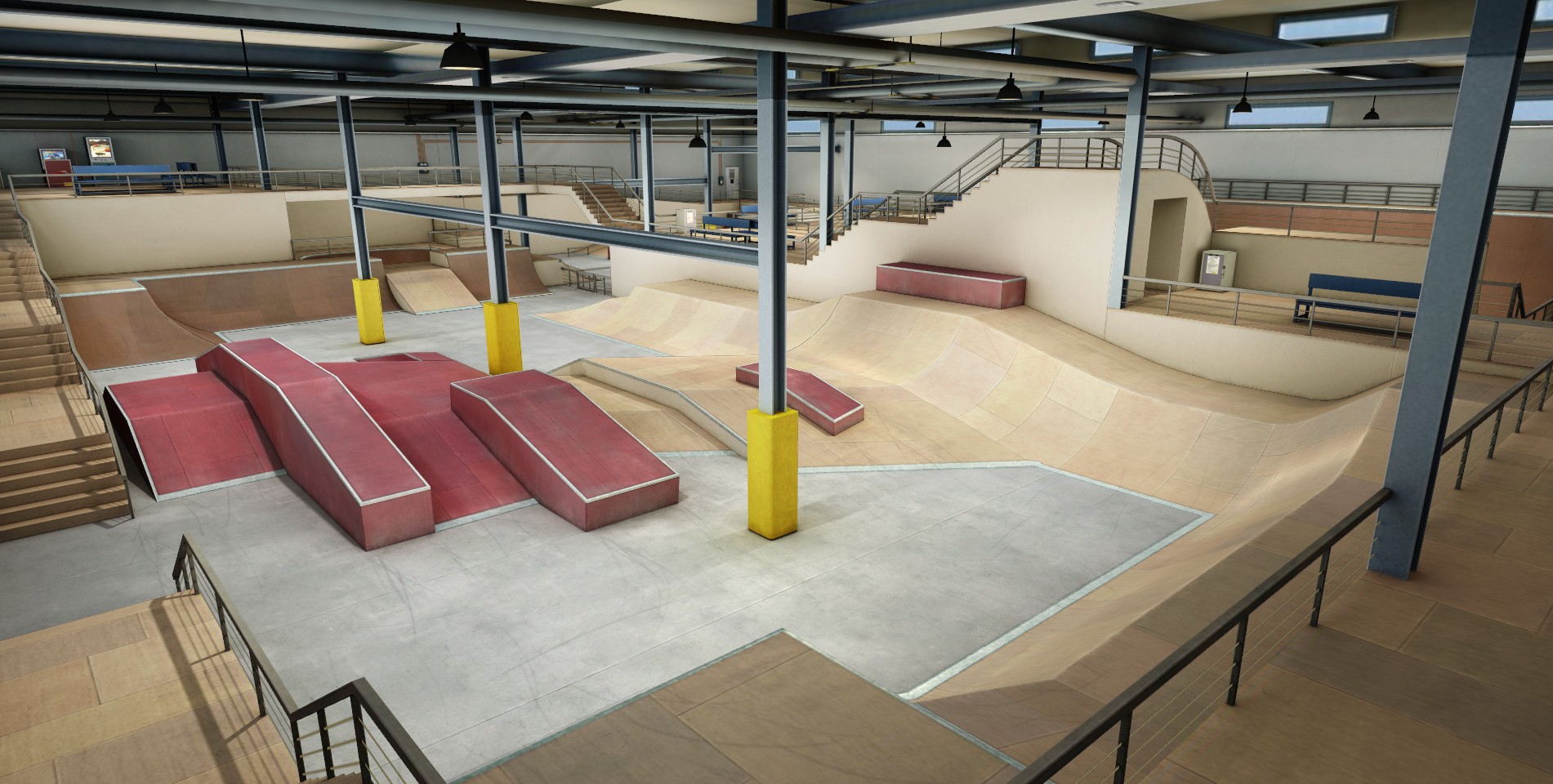 Another big feature in this update is a new skatepark, and True Axis has been on point this year with offering new parks for the game. This latest is called The Factory, which you can see in the screens embedded in this post, and it’s an indoor park with an emphasis on transition obstacles as well as some cool street-style stuff peppered throughout. There’s a huge halfpipe which is especially fun, as are the two bowls where you can really get your speed going, thanks to some tweaks in this update that make it so you don’t skid out as easily. With six total skateparks now, I’d be hard pressed to pick out a single favorite, as they all offer unique stuff to skate. As with the other parks in the game, The Factory is a 99¢ DLC, and in my opinion it an the rest of the parks are all well worth the money.

Next is the replay viewer, another thing people have been asking for for a long time. It’s pretty straightforward: The game is constantly recording the last couple minutes or so of whatever is happening, and at any time you can pause and choose to view a replay of what has been captured. You can watch it in forward or reverse, and at several different speeds. And… that’s pretty much all there is to it. But, True Axis has stated that this version of replays is just the first step towards something that’s more fleshed out, and even for a basic first attempt, it’s a very welcome addition. For those with the ability to capture footage from their iOS device, it should make it WAY easier to get cool clips and combine them into a little video. In fact, I’m planning on spending my weekend doing just that. 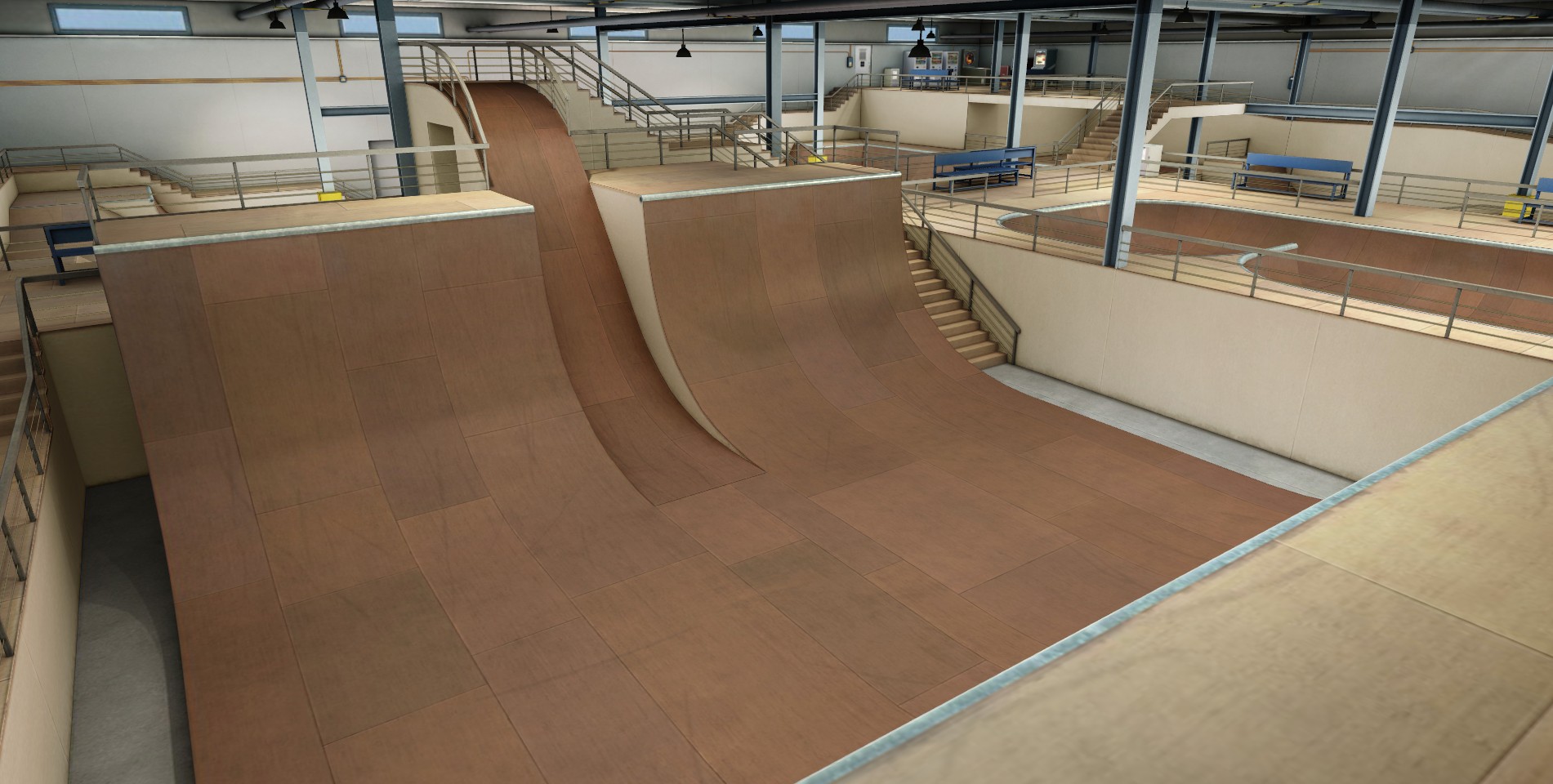 The final big new feature in True Skate is the Crash Cam. What it does is it prevents you from landing anything that’s done from too great a height. In the new Factory park especially, there’s some points where you could be ollieing off of something that would be like a couple of stories high in real life. You’d probably break your legs and stuff. If you do try to jump from too high up you’ll crash upon landing, and the Crash Cam will make your view tilt 90 degrees to the side as you watch your board shoot away from you. Basically, like you crashed and are now laying on your side, probably in pain. It’s a neat effect for sure, but I definitely find myself wishing it was a toggle instead of a constant thing. I’m even finding that in some of the older parks a few of my favorite gaps are now impossible due to their height. It might be better suited as its own toggle or even just part of Realistic Mode only, as that seems like it would make more sense.

At any rate, this latest True Skate update is one of the best ones released ever. I love the new Factory park, I love messing around in Realistic Mode, and I love love love being able to watch replays. As has been mentioned before, True Axis has even more big things planned for True Skate, so look for information on exactly what that is sometime in the coming weeks.