Velocispider [$.99 / Lite] is one of a handful of games that absolutely nails tilt controls. It reacts well to minor movements and feels pretty precise, which is a requirement for any game starring a four-legged raptor and features horizontal, bullet-hell-y action. I use that genre categorization rather loosely, by the way. In this game, it’s more about your bullets than the spew of ever-marching conga line of opponents, but still, this is inarguably a game, about bullets, the avoidance thereof, and your ability to throw your own into the mix.

You and I can both recite the billions and billions of games this is a derivative of and wax fondly over the arcade cabinets these predecessors sat in. Instead of that, I’d like to shoot straight for the heart of this article: I played Velocispider on an iCade and it felt good and I liked it. Wow. That felt good, too. 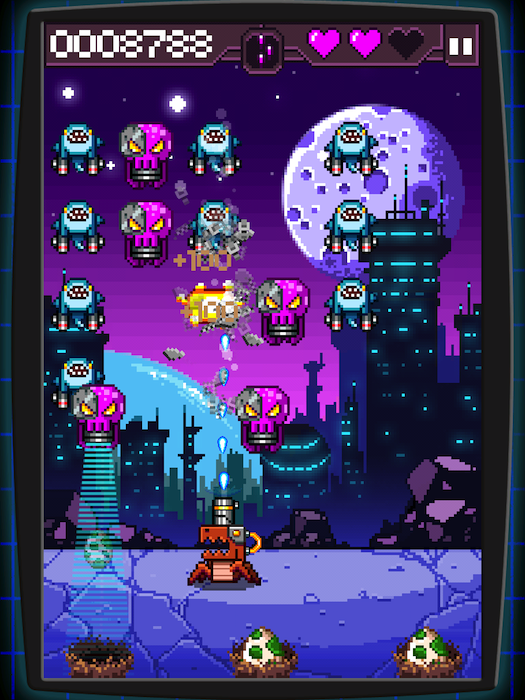 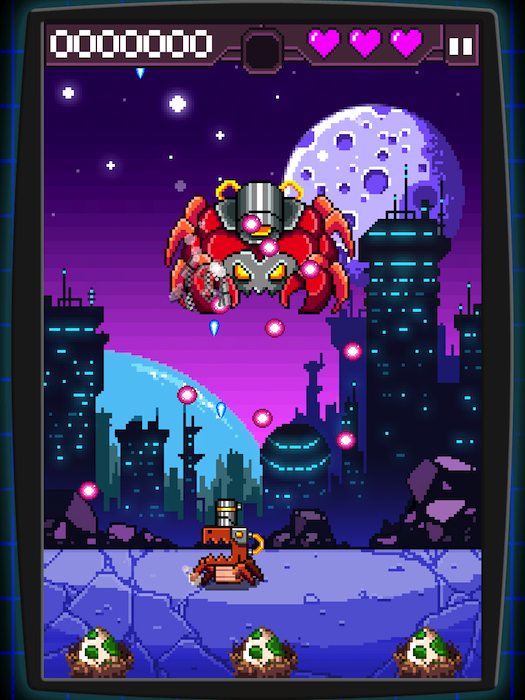 The iCade support is straight-forward, which by itself is pleasing. You move our awkward hero with the stick and shoot with a button of your choice, just as if it were a real arcade joint. The game also has on-board pause functionality, as well as a helpful bit of UI to clue you in on the fact that the iCade is connected.

As stupid as this sounds, it’s really nice to have that bit of information. Apple is being incredibly silly about this device, so support is crawling in and hardly ever officially documented for fear that the game will be removed from the App Store for violation of terms. Since the fear is there, you never really know if what you’re doing with the iCade controls in any game, so it’s cool to have some feedback.

Anyway, with an iCade, I’ll argue that Velocispider feels much better than its capable touch and tilt interface, just by sheer virtue of having a controller. There’s just so much more precision involved in the entire affair, plus you’ll never risk putting your finger into the middle of the action. I’ve also been putting up higher scores when using an iCade, which leads me to believe, scientifically, that it’s easier to play with an arcade setup. 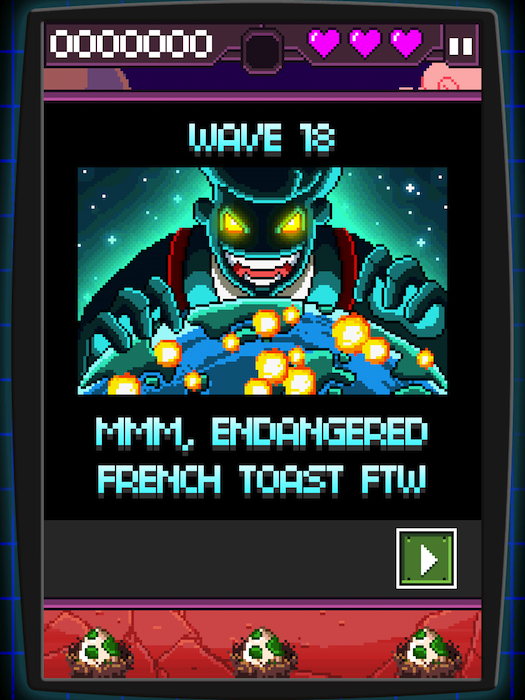 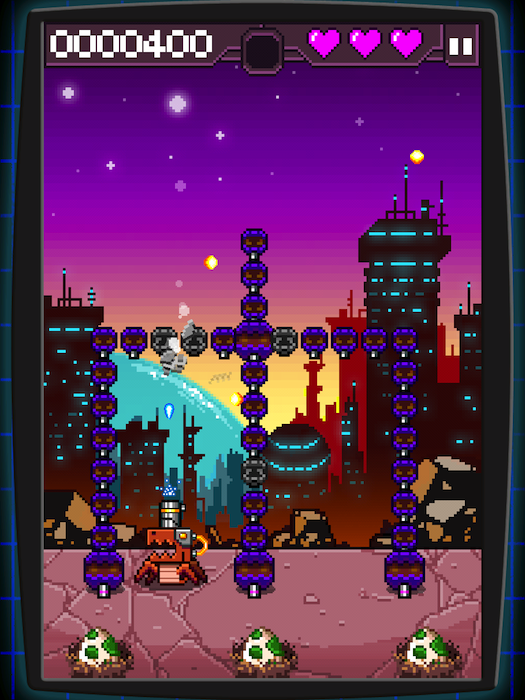 One thing that always strikes me as weird about iOS games is that the vast majority of their core ideas draw from legacy mechanics. Specifically with this, it’s a horizontal shooter, which is a style of game that, to my knowledge, has always had some sort of controller to back up its action, interfaces, and systems. Velocispider feels at home with the iCade by sheer virtue of it being a game derived from these arcade-y roots — and that’s not taking anything away from how it feels with touch; a great job was done all around.

Velocispider is an example of a great game made better and deeper with iCade support. As I continue on this beat, I’ve learned that this isn’t an exception to the rule; the iCade can add a new dimension when used appropriately, and that’s awesome.