Super Mega Worm [$.99] is one of those games I secretly dislike (even though we love it). I totally recognize that any game starring a huge, brown worm who eats babies and bison and can knock over tanks has significant value, but I’ve never been able to get over its digital control pad and buttons. My worldview has changed courtesy of the iCade, and now Super Mega Worm has become one of my favorite iPad games because of the support it throws to the device.

This game is ridiculous-ancient by App Store standards, so I trust you know it. If you don’t, the Cliff Notes breakdown is this: in the game, you control a large brown worm with a literal appetite for destruction; by eating people, animals, and soldiers, you increase the size of your worm and unlock new powers for obliteration purposes, all the while earning a high score that your mother would be proud of. 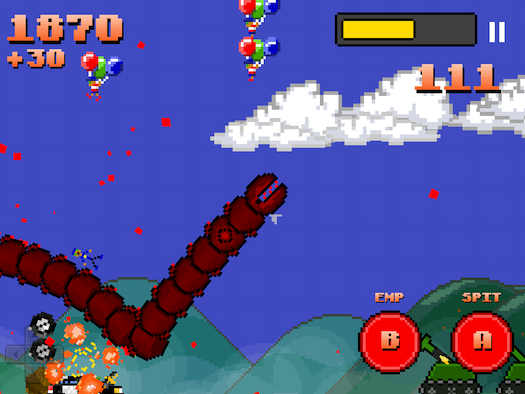 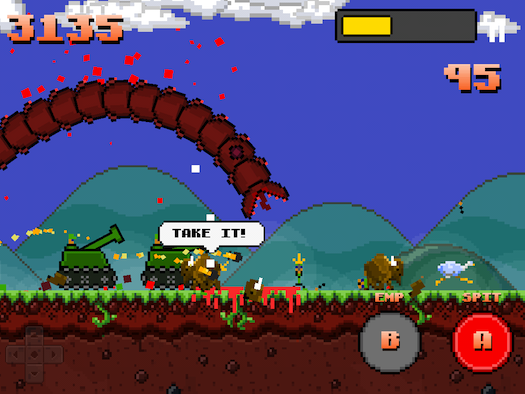 With the iCade, Super Mega Worm becomes the lo-fi, high-intensity action game that I think the designers shot for when they first put it together. You control the worm with a flick or two of the joystick in any direction, and you can spit and shoot with two of the thing’s auxiliary buttons.

The feedback and response on the buttons are there, but the joystick is the thing that really makes the game pop; it allows for some pretty fabulous maneuvers, as well as precision and a sense of fluidity that you can’t get with the pre-existing virtual controls. Look at it this way: it’s the difference between playing, say, Mortal Kombat on a controller versus playing it on an arcade cabinet. You just get a lot more out of Super Mega Worm with an iCade. 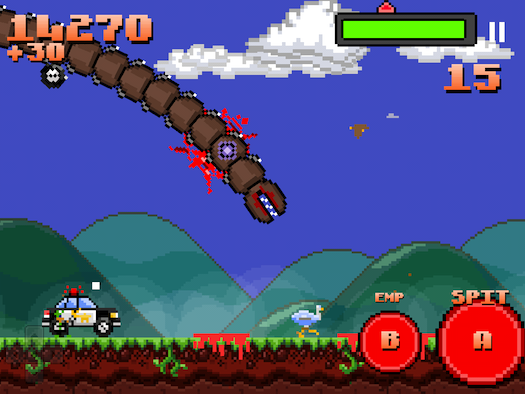 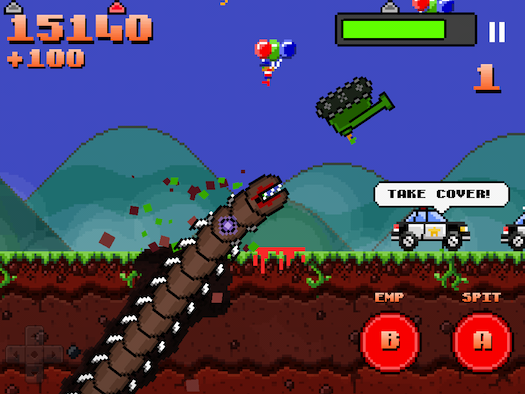 For me, it becomes stunningly entertaining with an iCade, as any proper arcade title should be. I’m playing longer, I’m racking up higher scores, and I’m digging it much more. I’m even getting into the little parts that I couldn’t appreciate before, including the dialogue, the audio, and the brilliant visuals. I suppose the reasoning here is that my fingers are now off the screen entirely, instead of obscuring it as I frantically move about.

It strikes me as odd that I’ve rediscovered a game from 2010 on the iPad, but hey, that is kinda what the iCade does best. You pick up old titles and play them in entirely new ways, and sometimes, you even get more out of them. I highly recommend you pick this up.