Look, I’m not one percent sure if HungryMaster’s [$2.99] over-the-top It Came From The East design and approach is supposed to feel like its ridiculing and therefore exposing the condition some Japanese games are in when they come to the West, but I really, really want to take it at face value. Because if it is satirical and as self-aware as I think it is, it’s absolutely brilliant — the broken English, the ridiculous cast, and the collection of oddball mechanics bolstered by the low-definition approach to audio and visuals paint a truly hilarious picture of sub-par import games in a wholesome and entertaining way.

I know I can’t accurately describe the game’s premise to you, and hopefully that’s the point of HungryMaster. But here’s what I know. You play as an overly bubbly young anime girl with green hair who is visited, suddenly, by a magical talking cat named Saten. The cat tells the girl that she can have magic, too, in some fancifully broken English complete with spelling errors. From there, they have discussions about fruit and monsters that I can’t follow, but I get the distinct impression that it’s all riffing on anime tropes and bad translation efforts. 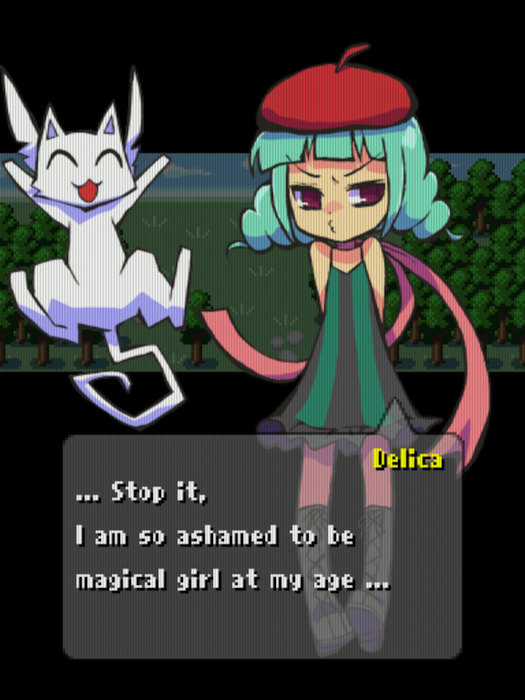 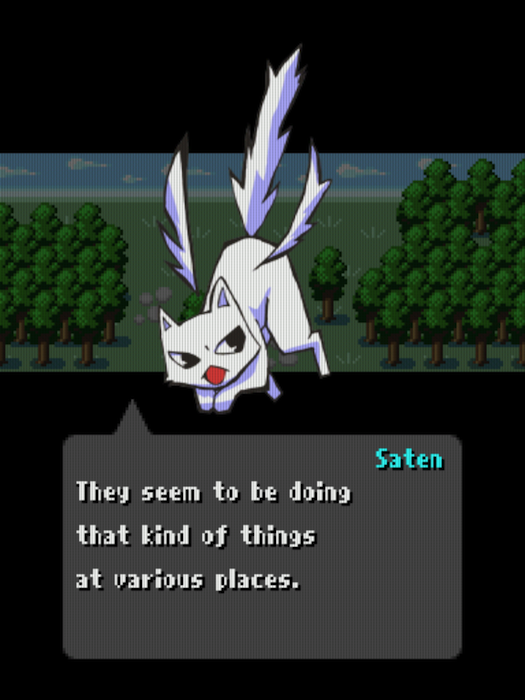 From a mechanical standpoint, I hesitate to call this a dual-stick shooter, even though it does feel like one. The entire game from what I’ve seen revolves around moving around a small forested environment and killing little monsters with magical bursts. In turn, these monsters drop food that you have to return to houses when a quota is filled. It’s simple and comically offbeat, which is exactly what I expect out of games like these. HungryMaster pushes it all to the next level with its cuteness, horrible dialogue, and hilarious arcade underpinnings which include scan lines and other lo-fi quality presentation tactics. Again, brilliance on display here — if this is supposed to be riffing on the oddity of the import game.

The sad thing is that HungryMaster doesn’t work so well as an iPad game. The game doesn’t separate its movement and firing mechanics well, as both require you to hold down your finger around the character. With an iCade, however, the game pops. With the joystick, you can move around Delica with precision and ease, and with buttons, you can control your magical attacks in a much more profound and precise way. 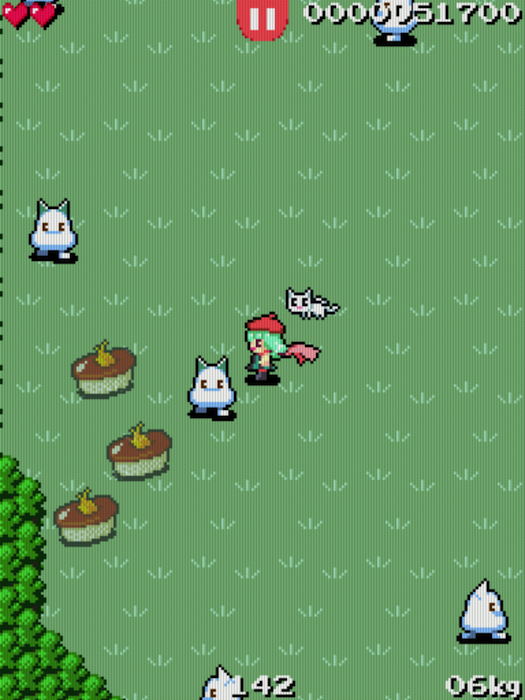 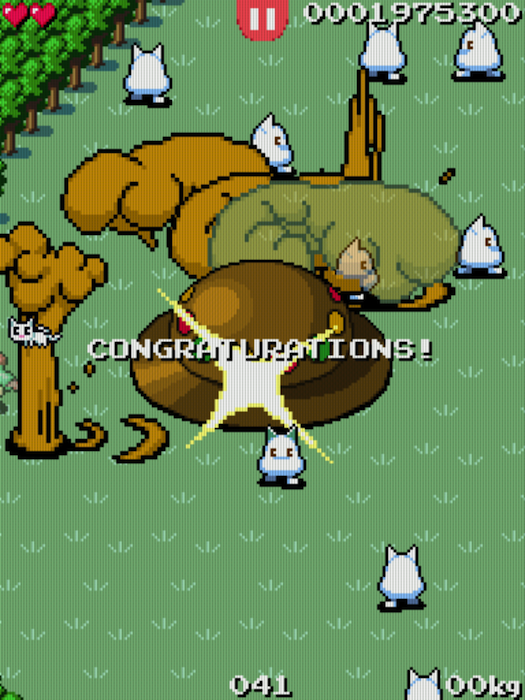 Straight-up: I couldn’t stomach the game part of HungryMaster without the iCade, but in using it I was actually able to get into the action — to really wander around the world and pummel the monsters I wanted to without fumbling, covering up the action with my fingers, or taking damage based on said fumbling. Without a doubt, this game feels as good as it was intended to feel with an iCade, and I’ve been having a blast as a result. You shouldn’t miss this one, I think.

Also, if this isn’t satire, I take all of this back, but still maintain that this is ridiculous fun with an iCade regardless.