Today Microsoft has officially opened Xbox Cloud Gaming, formerly known as Project xCloud, to all Game Pass Ultimate subscribers via their iOS or Windows 10 devices. The service allows you to stream dozens of Game Pass games to your device of choice, and it first rolled out in beta on Android back in the fall of 2019. By February of 2020 Microsoft began testing the iOS version of the service in limited fashion through Testflight, but as we all know too well by now Apple squashed all hopes of the service coming via an official iOS App since it technically broke their App Store guidelines (*cough* and threatened their bottom line *cough*).

Anyway, the service, while still in beta, launched openly to Android users in September of last year, while all of us iOS users sat around all sad and stuff. About a month later though rumors suggested that Microsoft was going to pursue their game streaming goals on iOS by using a fancy browser app, also known as a Progressive Web App or PWA. This would allow them to circumvent the App Store and its guidelines altogether, and the PWA technology would make for an experience that was pretty close to indistinguishable from a native app experience. In December they capped off the year by officially announcing just that, and then launched a limited beta for iOS and Windows 10 devices using the browser this past April. Today Microsoft has announced that experience is now open to all iOS and Windows 10 users by visiting the Xbox Cloud Gaming website from those devices.

I tried the open Android beta of Xbox Cloud Gaming last September, and I was part of the limited testing for iOS and Windows 10 devices back in April. In both cases I was pretty darn impressed with the service. There were certainly issues from a technical standpoint simply due to how fluctuant internet connections can be, but the potential was incredible and when everything aligned and worked well it was like magic. Microsoft has been working diligently to improve their streaming service, and earlier this month they announced that they’d be upgrading their server tech to the current-gen Xbox Series X hardware, replacing the Xbox One hardware they had been using initially.

This should in theory provide a better experience all around, as well as support for newer games. With today’s rollout I hopped onto the Xbox Cloud Gaming service on my iPhone to see if this was the case. In short, yes there are noticeable improvements, mostly in regards to how quickly the service loads up, how smooth moving through the UI is, and how quickly it gets you into an actual game. That last point was something that could take a couple minutes or more, which was a real enthusiasm killer when you just wanted to hop into a game and play. All of that stuff is much improved now, but performance of games themselves is still hit and miss in my brief experience. It’s worth noting that this is all still in beta and Microsoft will continue to improve the technical aspects of its service, but as of today we’re still not quite there yet. 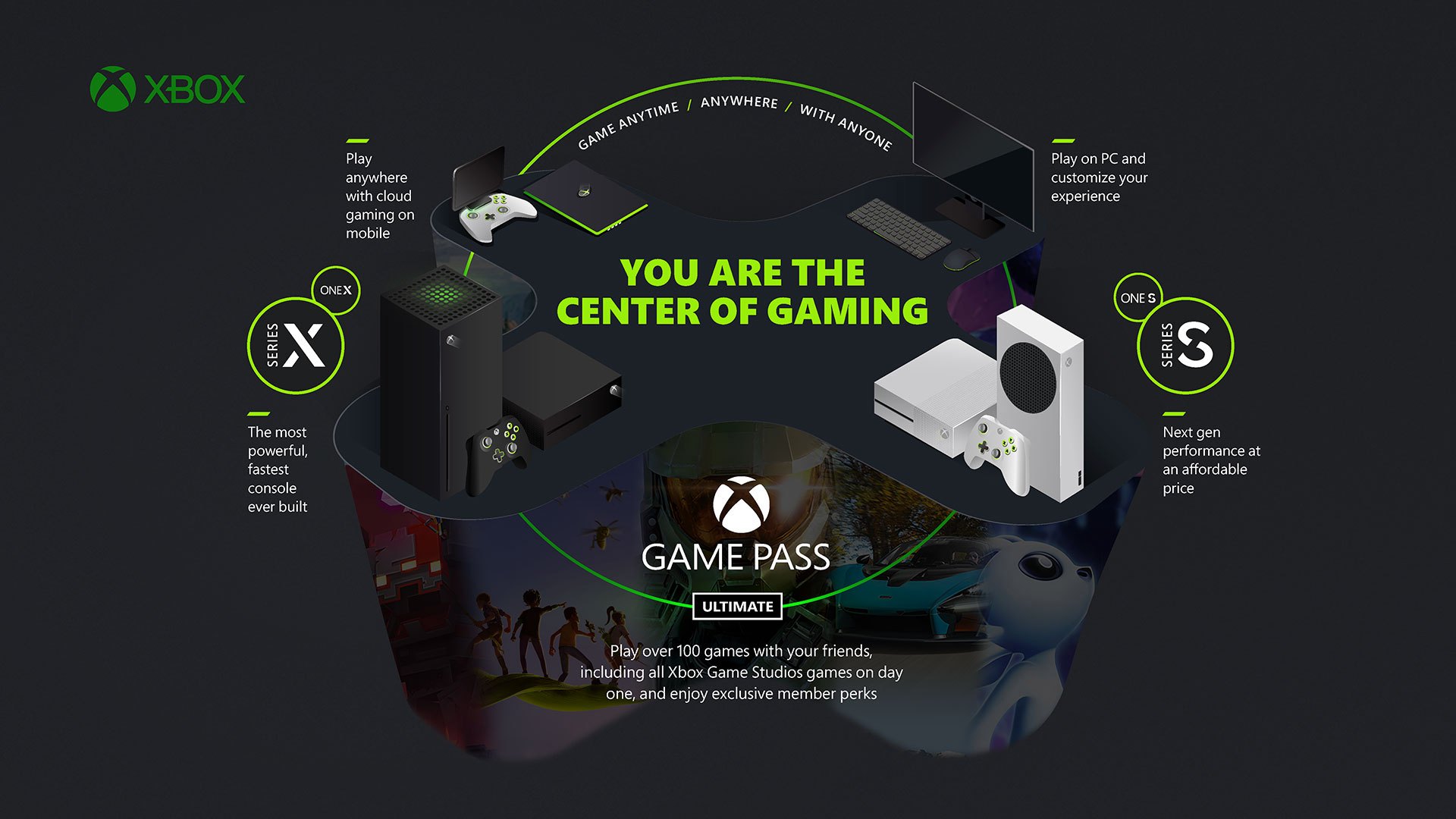 It’s no secret that Microsoft’s main product nowadays is not the Xbox Series X/S, but the Game Pass Ultimate service itself. Sure, they aren’t mad if you buy a new Xbox, but WHERE you play games isn’t as important to them as the fact that you’re playing games on THEIR service. This is bolstered by the fact that in the trailer above they show people playing on a variety of devices, one of which is clearly a Sony PlayStation controller! Anyway, when you look at the high quality titles that are part of Game Pass and what a tremendous value it is, coupled with Microsoft’s growing stable of in-house developers including their recent mega-purchase of Bethesda, it’s hard to find fault with their strategy.

If you are in any of the regions where Xbox Cloud Gaming is available (you can check on the Xbox website here) I highly suggest taking the service for a spin and experiencing it for yourself. You’ll need to have an active Game Pass Ultimate subscription, an iOS device running iOS 14.4+ or a Windows 10 PC, and a high-speed internet connection with 10Mbps minimum and 5Ghz Wi-Fi. In many cases you’ll also need a compatible controller, though Microsoft has added native touchscreen controls to more than 50 games already with even more planned, so even if you don’t have a physical controller you can use you can still check out the service by playing those games with touch control support. Like I said it’s not quite there yet all the time technically, but when it works it’s truly remarkable and gets me incredibly excited for a cloud gaming future.