Civilization VI (Free) for iOS arrived through a surprise release on the App Store for iPad. Read our original review of the iPad version and Civilization VI at launch on iOS here. Since then, it has received a ton of paid DLC through expansions and more. Instead of just reviewing the iPhone version when it arrived or even the expansions on their own, I wanted to do a comprehensive review that looks at every aspect of the Civilization VI conversion for iPhone including cross platform syncing, the interface, visuals compared to other platforms, DLC and account issues, and more.

If you’ve never played Civilization VI before, it is a turn based strategy game where you explore, expand, exploit, and exterminate to conquer a map through various requirements or conditions. You get a lot of freedom to achieve this through paying attention to what other players or the AI is doing and keeping an eye on your own setup and expanding accordingly. While Civilization VI was not as well received initially compared to the super-polished Civilization V with all its DLC, I’ve grown to love Civilization VI over time, and the expansions have definitely helped, but there are still some annoyances in the experience.

Civilization VI Rise and Fall was the first big expansion pack for the game that brought in new civilizations and leaders in addition to new features like global eras, dark and golden ages, governors, and more. Overall, the governors part of this expansion, while great on paper, didn’t feel as well-integrated overall. This first expansion definitely helped make Civilization VI feel more fleshed-out though.

Gathering Storm on the other hand is definitely a better expansion with what it brings to the table. In addition to the usual leaders and civilizations, it also has natural disasters, power, new scenarios, a ton of improvements and tweaks to the core game that make for an overall better experience. It is worth noting that you can enable and disable any DLC content in the menu as well.

While the consoles get both these expansions in a single bundle, on iOS you need to buy them separately. They have been on sale and are definitely worth the asking price if you enjoy the base Civilization VI game and want more out of it. Hopefully a complete DLC bundle with a discount will be made available at some point.

Ever since Civilization VI launched on PC and eventually iPad, I’ve been playing it on and off and enjoying my time with not just the base game but also the civilization and scenario DLC packs. When it arrived on iPhone back in October 2018 and eventually Nintendo Switch a month later, I knew I would be spending a lot of time in Civilization VI on different platforms, and the 2K account sync definitely helped… with one big caveat which I’ll detail in a moment.

When Civilization VI was brought to iPad, the UI translated really well. I was curious about how it would work on smaller screens. Thankfully Aspyr did a great job with collapsable menus on iPhone. The interface definitely takes a bit of time to get used to but there are multiple tutorial options for helping players not only new to the platform but also for those new to Civilization VI in general.

If you’ve already played Civilization VI on PC, it won’t take you too much time to adjust. I definitely recommend paying attention to all the prompts if you’re new to the game. Given the screen constraints, Aspyr did a great job, but Civilization VI feels the best on iPad for me despite playing it on PC, Nintendo Switch, and iPhone as well.

Given that Civilization VI arrived on consoles after iOS, I was hoping some of the improvements to those versions would make it over. When Civilization VI hit iPad, many people were disappointed by the lack of full resolution gameplay and lower frame rate than expected. While iOS devices back then likely might not have been able to manage to get Civilization VI to look and run as it should on high resolution displays, it is suspect that the game doesn’t look and run as well as it should even on modern iOS devices like the iPhone 11 and newer iPad Pros. Even the Nintendo Switch version has an unlocked frame rate that feels better than the iOS version. This likely is a battery-related concern but there’s no reason to not allow players to enable higher quality visuals and performance if they are ok with the hit to battery life.

Civilization VI supports cross platform progress on iOS, Android, Nintendo Switch, Xbox One, and PC platforms. The iOS implementation has been buggy for months now. Sometimes, the account status on the bottom right of the main menu keeps insisting you are offline. I only managed making this work by force quitting and launching the game a few times more. This happened across 4 iOS devices and even on another profile. When it does work, the sync is mostly seamless and it lets you pickup straight from where you saved on another device. You do however need to own all DLC if the save game is from one involving DLC or an expansion. This is where the next issue with Civilization VI on iOS comes into the picture.

Civilization VI on iOS includes the base game in the initial download on the App Store. You can download a multiplayer compatibility pack for free to enable local multiplayer with those who own the DLC but all other DLC is paid and needs to be downloaded from within the game. There are two issues with this. The first is that the downloading is very buggy. It took me eight attempts of restoring purchases and leaving my iPhone (tested on two different internet connections) to get all DLC and expansions to download. One expansion or some DLC kept bugging out and getting stuck. The one solution I found to this is to individually hit buy again (you won’t be charged if you own the DLC already) and that seemed to force a download for that specific DLC. 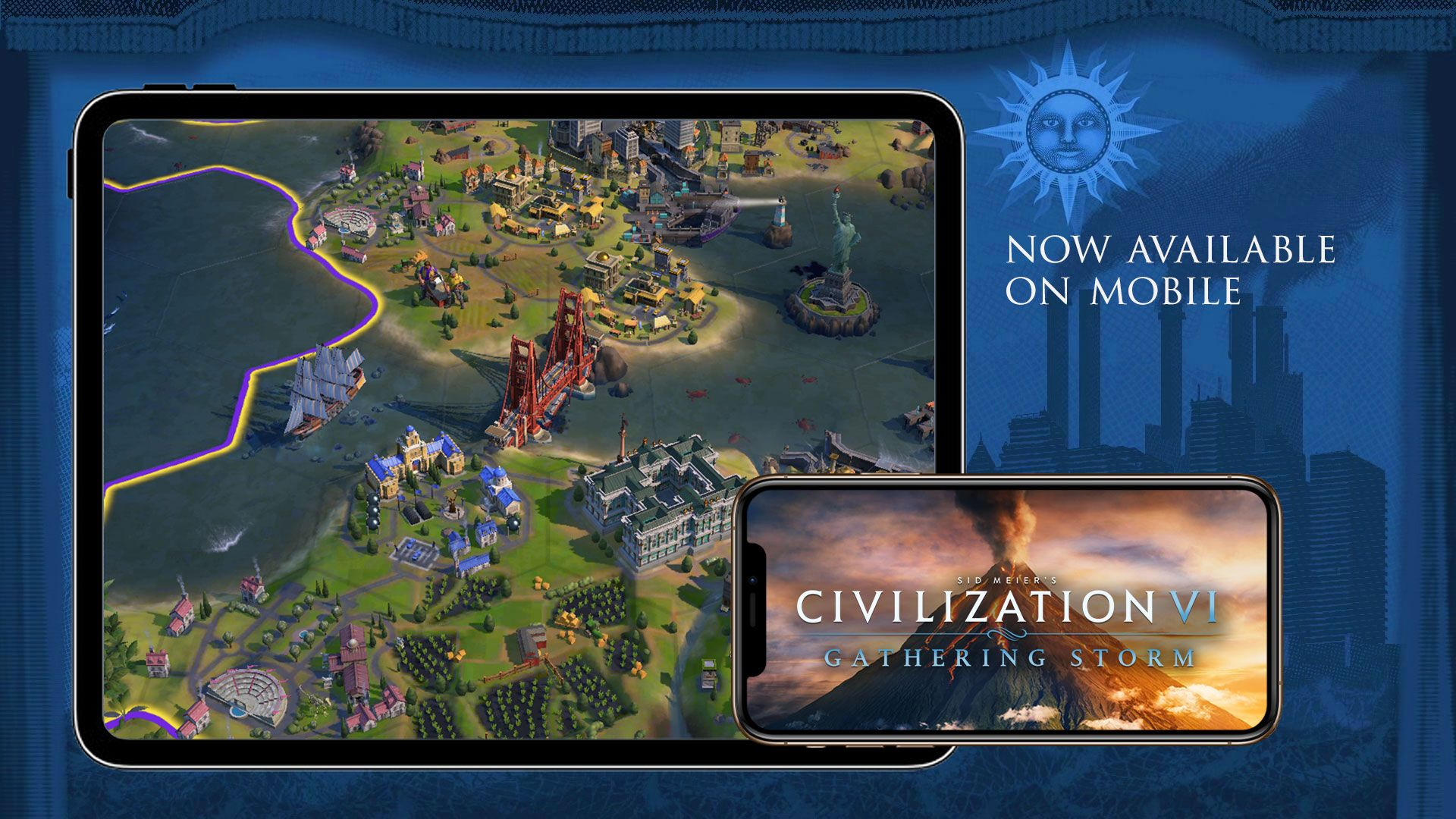 So Civilization VI and the expansions make for an excellent strategy experience on any platform but the iOS version definitely could use more work considering it is priced in line with PC and doesn’t see as many discounts on the DLC and expansions. Premium pricing isn’t an issue, but the lack of fixes to issues that have persisted for months, and the lack of improvement in visual quality and performance so far is disappointing.

While the New Frontier Pass content is coming to iOS and Android later this year, it is disappointing that players on mobile who have likely paid more than those on other platforms, given the DLC and expansion prices on mobile, have to wait longer with no definitive date while consoles and PC get updates day and date regularly.

Overall, Civilization VI itself is well worth your time and the expansions elevate the experience quite a bit. The only downer is in how the iOS port has been handled and how it hasn’t really been updated to take advantage of newer hardware. If you’ve never played Civilization VI before, it is worth checking out the iOS or Android version for free to see how you find the core game first. If you enjoy what you’ve played, both Rise and Fall and Gathering Storm are worth getting. Hopefully the New Frontier Pass content on iOS and Android arrives with a much needed update to make Civilization VI on mobile feel as good as it should.