Mario Kart Tour (Free) from Nintendo has one of the company’s most interesting games to watch over time. It has been updated almost regularly with new content and it also introduced paid subscriptions in the form of the gold pass that likely influenced the addition of paid subscriptions into Animal Crossing: Pocket Camp and Fire Emblem Heroes. While there have been multiple tours in game like the one that saw players head to Tokyo, Paris, and more recently Vancouver, players have been waiting on proper details and a launch for the multiplayer mode. 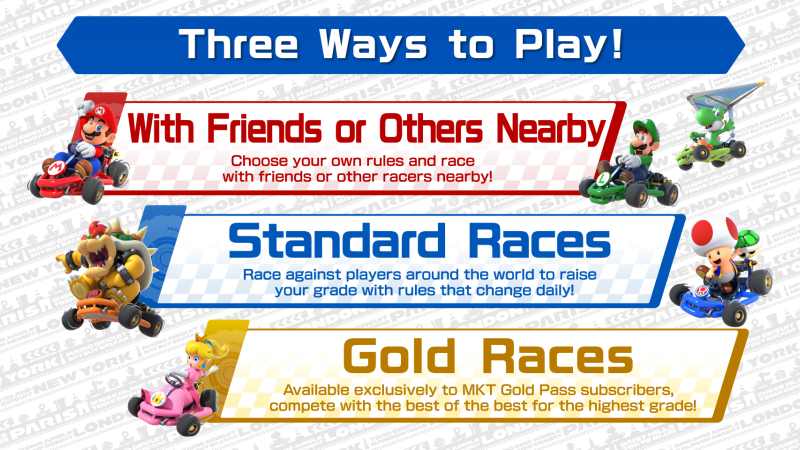 Today, Nintendo revealed that multiplayer in Mario Kart Tour will be added on March 8th at 11 PM (8 PM PDT). This will let you play against people all over the world and also play against friends. There will be a limit of eight players in a single race. Rules for races in Standard and Gold Race variants will change daily. Gold Races are only available to paying subscribers. Standard Races will include 100 cc with default item slots and 100 cc with 2 item slots. Gold Races have 200 cc options as well. Grading is available for both with Gold Races grades going from E to S and Standard Races grades going up to A only. Multiplayer includes three courses from a cup in the current tour and the cup changes every 15 minutes.

If you’ve not checked it out yet, Mario Kart Tour is available for free on the App Store and Google Play. Be sure to check out the thread in our forums for more discussion around Mario Kart Tour. Did you try multiplayer in the game through the beta test?