Welcome to another edition of our weekly Hearthstone (Free) news roundup, your guide through the world of both casual and competitive Hearthstone. This week’s news was definitely more about tournaments rather than anything else, perhaps a sign that we have entered the dreaded land that lies between expansions and adventures. This is a land where players figure out all the new cards and new decks and shift to autopilot; gone are the days of crazy experimentation, this is a time of efficiency and, therefore, a form of ennui. You’ll see this feeling from our meta report towards the end of this roundup, which clearly shows a calcified meta. Still, on the tournament side of things, we have some very interesting ones coming up, including one that will try for the first time to remove the Classic cards from a tournament and see what decks we get. So, the Hearthstone world’s still spinning, albeit slightly more slowly than usual.

HearthHead put together an interesting video on which ten cards to craft if you are a new player. The video has ten neutral recommendations that should fit into most of the decks a new player would make. Some of the cards discussed are Dr. Boom, Ironbeak Owl, Antique Healbot, and more. Check it out.

HearthHead writers, which have been doing great work in recent weeks, have decided to provide Hearthstone players with a bi-weekly meta report to offer a review of what players can expect to see on the ladder. What this report wants to do is focus on the metagame’s rock-paper-scissors type cycles. The article then goes on to explain why you should care about the meta and why if you want to do well in the ladder, you’ll need to be playing decks with a proven record. The article then discusses the current meta, but I’ll talk about that part in the Meta Report later on.

Reno Jackson and the Golden Monkey have been standout cards in the latest Hearthstone Adventure, and Ben Brode and Dean Ayala talked to IGN recently about the process of designing them. Originally, the treasure map mechanic was on a card called Treasure Map. When you played that card, it shuffled a clue into your deck, then you played the clue, the clue led you to the Golden Monkey, you then played the Golden Monkey, and so on. As you can imagine from this description, the designers felt that this process was too convoluted and the clue was a bit weird, so they put the whole mechanic onto Elise Starseeker, which helped because even if you didn’t get the monkey, you at least got a minion. 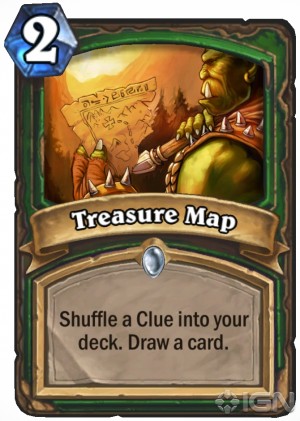 Brann Bronzebeard got the mechanic of doubling battlecries because the developers wanted to put that mechanic in the game, not because Brann had anything to do with battlecries in terms of the character’s flavor. Jackson was built similarly; the developers wanted to reward decks that played only one copy of each card, so they ended up with that mechanic. They tried to make the mechanics fit the flavor as best as possible, but sometimes the mechanic came first. As for Sir Finley, they wanted a character that was out of left-field, and he ended selling the adventure for the team. If you want to read the whole interview, go here.

Thijs had a great 2015 and came very, very close to making it to the World Championship finals (that Alexstrasza top deck…). In this interview over at RedBull.com, Thijs talks about his thoughts on the 2016 HWC format, discusses the LoE adventure, and more. When it comes to LoE, he feels that Blizzard knocked it out off the park, especially for players like him who enjoy Control decks. Interesting interview, and you should give it a read.

With January Ranked Season over and done with, Blizzard introduced the February 2016 card back, and they aren’t Bluffin’… This month, you can make your ancestors proud with the Tauren Thunderbluff card back, a very nice-looking card back that I’m definitely adding to my Shaman deck. Maybe that way it will start winning more.

According to this Kotaku story, the good people over at HearthSim managed to find a way to bypass the ten-card hand limit and get to 12 cards. To do so, you need to cast Shadow Madness on minions and trigger a number of specific card events before the spell takes effect. As you can tell, this whole trick requires perfect planning and a player across from you who’s in on it. Enjoy the craziness in the video below.

On February 17th-19th, Archon and Curse are teaming up to organize a tournament where no classic cards will be allowed. Taking a page out of Magic: The Gathering, this tournament will take out all the classic cards from the mix (while still allowing basic cards like Fireball). The 16-player invitational will include players like Firebat, Rdu, StrifeCro, and Ostkaka (we still don’t know the rest), and will offer a glimpse of a meta without cards like Force of Nature, Knife Juggler, and all those cards we"ve got used to seeing ever since the game’s early days. I personally can’t wait to see what this experiment will tell us about the game. Are you tuning in for this one?

Red Bull is sponsoring a new event called Red Bull Team Brawl: Hearthstone, which will take place February, 6th in Santa Monica, CA. This competition tries to move away from Hearthstone as an individual sport and make it into a team sport. Using a Team Draft format reminiscent of trading card games, teams of three will work together to build three decks from a limited set of cards. Each team will get a randomized set of 240 cards that they’ll need to build into 3 decks that cannot use a card more than once. They’ll have 30 minutes to build their decks, and then they’ll get playing. Each player will best of one play each of the other team’s players.

The team players will be sitting together and will be able to help – or mock – each other as they play. I expect that this wrinkle in the form will make for entertaining spectating since we’ll be able to see how these pros communicate (trash talk) when playing on the same team. I think it would’ve been more fun to see them play with one deck as a team, but this form should be fun enough, too.

The teams are Team Archon (Zalae, Firebat, Amaz), Team Liquid (Savjz, Dog, Trump), Tempo Storm (Eloise, Reynad, Ratsmah), and Cloud 9 (StrifeCro, Hafu, TidesofTime), with Frodan, Azumo, and hyped casting. Tempo Storm has worked together with Red Bull and Honda and have built a “Sealed Deck Generator" where you can open packs and craft decks along the lines of what the tournament contestants will have to do. Try it, it’s fun.

All Decks from StarLadder i-League Finals

In what mirrored the latest meta reports, every class outside Hunter was used in the tournament finals, a proof of a relatively healthy meta. GosuGamers put together a list of all the decks used in the tournament, so you can have a pretty good source for netdecking, if you can afford to build these decks that is. Most of the classes have their staple two archetypes, with Warlocks balanced between Zoo and RenoLocks, Paladins running Secret and Murloc OTK decks, and for Mage Freeze and Tempo. Check out all the decks here.

The Ohio State players came through for their school and beat the UC Santa Barbara team in the final of the 3rd TeSPA Collegiate Championship, which was the first to use a team format. In the final, Ohio State managed to beat some of the most powerful decks of the current meta like Secret Paladin and Ramp Druid. The Ohio State team has won $100,000 in scholarship money, which is definitely a nice way to stay away from too much student loan debt.

Both Tempo Storm’s and HearthHead‘s meta reports agree: we are still in Midrange land, with Midrange Druid running the show and Secret Paladins following close by. HearthHead’s writers point out that you can identify where we are in the meta cycle by looking at the relative turn length of games, value of board control and trade efficiency, and win conditions. In a post-LoE world, standard Aggro decks are held down by Control styles (with Reno having a lot to do with that). While Aggro is typically the answer to Midrange, most modern Aggro decks lack the speed, value, and scaling that made older Aggro decks work.

Tempo Storm’s writers see the meta as fairly stale and don’t expect any significant changes until we get more cards released. While this isn’t the ideal state for a game, it’s pretty inevitable since with all the online resources on the game, it takes only a few weeks for almost all possible decks to be created, evaluated, and either perfected or rejected. Zoo has risen back to Tier 1, Freeze Mage and RenoLock have fallen down to the high Tier 2 due to bad match-ups with Midrange Druid. So, if you are aiming high on the Ladder, expect to fight many Druids along the way.

We Need Better Board Clears