The last time we talked about Mew-Genics, the current project of Super Meat Boy developer Team Meat, it was when they released a charming trailer for PAX back in late August. Well, Team Meat has been mostly quiet on the upcoming title since then, though they did update their blog a couple of weeks ago attempting to explain what the heck Mew-Genics even is via a humorous comic. It still seems up for debate, but Mew-Genics so far appears to feature plenty of forced evolution of cat species, some form of battling with your created felines, and tons of item collection. The only thing I’m 100% positive about is that it will have cats in it. Anyway, the point of item collection is the subject of Team Meat’s latest blog update from over the weekend, in which they go into detail about hoarding items in Mew-Genics. 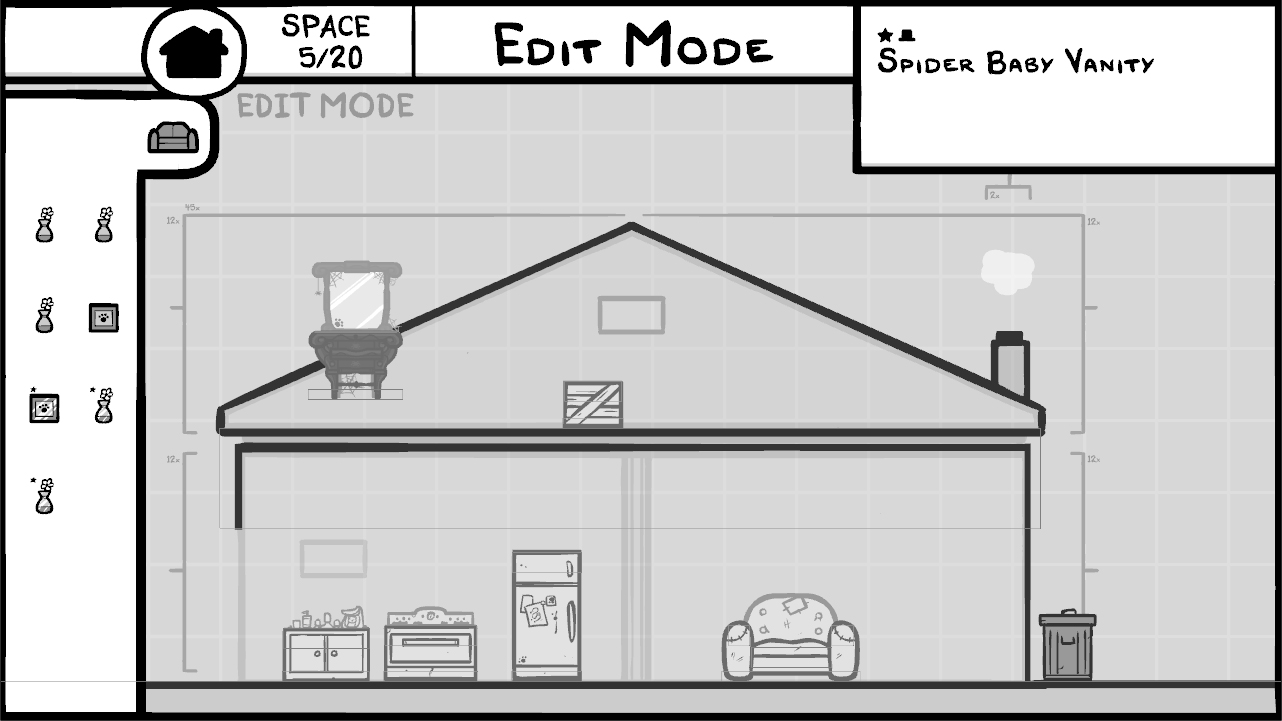 The game will feature a store called “Hoarders R Us" which will sell all manner of furnishings and items that you’ll be able to deck out your house with. It’s the same idea as Animal Crossing and many other games in that you’ll be able to buy the kind of stuff that suits your personality and express yourself through decorating a virtual dollhouse. In Mew-Genics however, these items have a purpose beyond just decoration. Just about every item in the game will have special properties which affect the gameplay, and most are based around common sense type principals. So, for example, buying a clock might affect how time progresses in the game, buying a microwave could affect the mutation of your cat creations, or hoarding garbage or spoiled food could raise the chance of stray cats invading your home. As Team Meat’s Edmund explains in the blog post, “the number of things your furniture can effect is amazingly high, from all the cats stats, disease rates, money you start with, money you gain, life span, libido, fertility, mail rate, store discounts, room in your house… the list goes on." It sounds incredibly interesting.

Besides affecting behind-the-scenes stats of the game itself, the types of items you choose to put in your house will also affect your cats’ personalities, which is something Team Meat says they’ll explain more in an upcoming blog post. The plan is to have more than 750 different items to collect in Mew-Genics, but in addition each of those items will have a rare alternate version which you can discover through the help of a magical cat. The new alternate version of an item will magnify whatever its special property was originally, and will even change the look of said item, which essentially means there will be more like 1500 different items to collect in the game. Hoarders get your hoardin’ hats on. 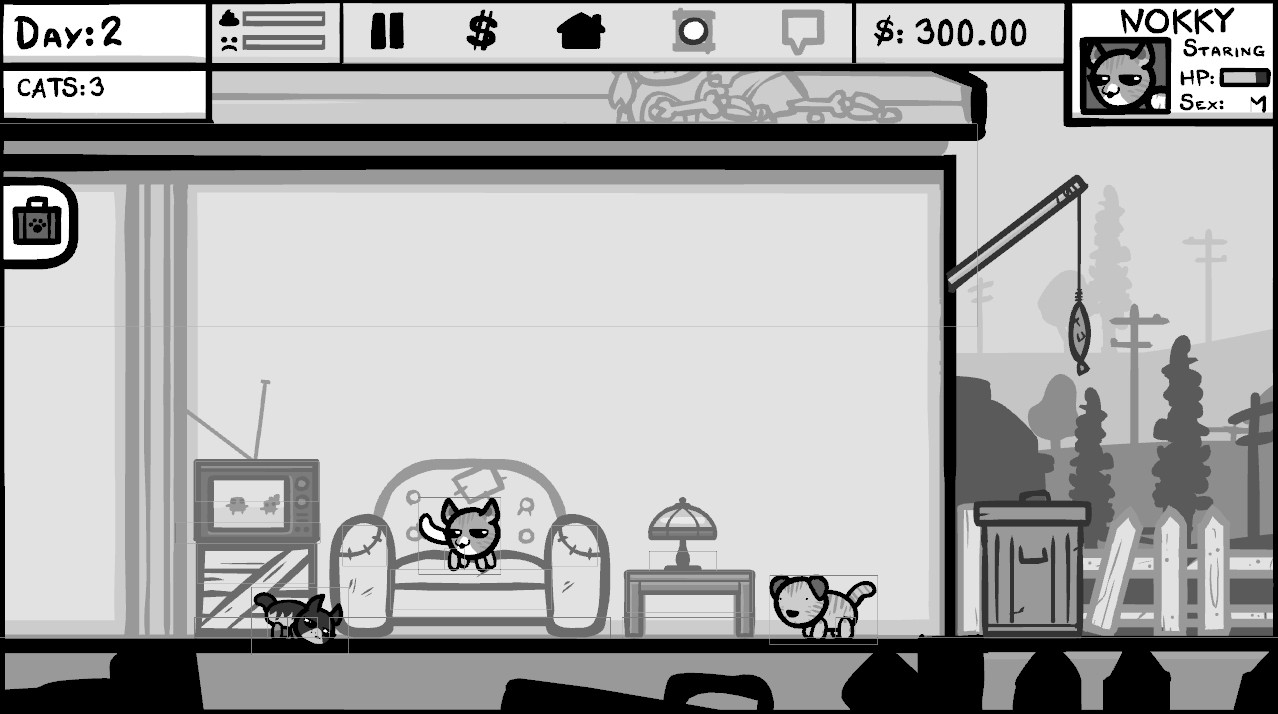 Mew-Genics has taken much longer than I’d hoped it would considering it’s a game about cats, a subject near and dear to my heart. The game was officially confirmed for iOS devices last December, nearly a year ago, and Team Meat actually halted development of their iOS-native Super Meat Boy game in order to finish up Mew-Genics first. It was originally supposed to be a quick project, but has ballooned into something much, much grander. However, the more I hear about Mew-Genics, the more excited I get, and the long wait seems like it will be worth it in the end. I don’t want them to rush this bad boy, you know? Expect more details to be revealed in the coming weeks and months, with Mew-Genics hitting iOS and Steam at some point in 2014.