EA and Firemonkey’s Real Racing 3 is one of the most – if not the most – highly-anticipated titles in recent memory. With its intended late February release window fast approaching, the developers have begun dishing out more details about the game, like a specific release date of February 28th and – along with a deafening boom of outrage – the fact that Real Racing 3 will be a freemium title.

On Monday I was able to get my hands on the finished product at a Real Racing 3 demo event in San Francisco, and while we’ll be talking more about the game itself and showing you some hands-on video, I thought I’d address just how the free-to-play model works and hopefully put to rest some of the concerns (or merely just confirm them) from those who have expressed dismay at the business model of Real Racing 3.

The way it works is pretty simple, and similar to many other titles. There are two currencies in the game, the first of which is a general dollar currency that is dished out pretty liberally during the normal course of play. The amount earned feels tuned just like pretty much any other racing game, giving you enough to purchase upgrades, make repairs, and buy better vehicles as you naturally progress through the massive campaign. 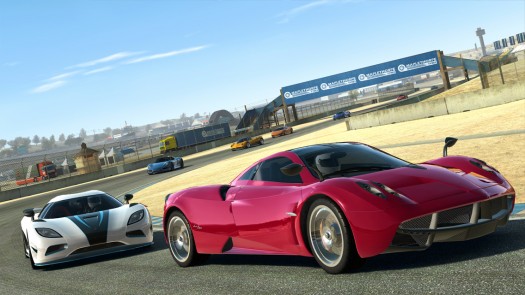 The freemium catch is that all of those actions – repairs, upgrades and new cars – are set to varying levels of cooldown timers, the length of which are determined by what exactly you’re trying to do. For example, repairing your broken taillights after a race because some jerk rear-ended you might take roughly a minute. If you have multiple repairs like that to make, then the time is combined together, and in a typical race all of your repairs to a particular vehicle shouldn’t take more than 5 minutes. I even played a race and specifically banged up my car as much as possible, and repairing all of the severe damage at once gave me a wait time of about 20 minutes.

You can even forego repairing your vehicle at all after a race, and the game lets you know when any damage or general wear gets to the point that it negatively affects your car’s performance. You’ll also face wait times when installing upgrades or unlocking new cars, both of which seem to take longer as more advanced upgrades and vehicles become available.

The remedy to impatience, if you haven’t guessed already, is the second, premium currency of gold coins. These can be used to instantly end the wait times, and although there isn’t any specific calculation at play, in my experience it felt roughly like one gold coin per each minute left on a timer in order to end it early. Gold coins aren’t dished out quite as liberally as the dollar currency, but you do earn a good amount for achieving certain milestones in the game like leveling up your driver profile or completing a series of races.

And that’s pretty much it. Depending on your feelings about freemium models, this may sound completely tolerable or completely awful. What I think is key is that there should be very few times in Real Racing 3 where you’ll hit a hard, game-stopping paywall. And if you do, the wait times seem to be within reason. With more than 900(!) events and nearly 50 vehicles, there’s almost always going to be something to do even if you’re waiting for some repairs or upgrades to gestate.

The only time I can imagine where you might be stuck not being able to play at all is in the very beginning when you only have one vehicle. If your sole car is loaded up with wait times, there’s nothing really to do but stick it out or cough up some premium currency to zap past the timers. Once you have multiple cars though, if one is tied up with wait times you can just choose another from your garage and go complete events with that one. The timers will continue to tick away in the background and the game will let you know with a quick popup, either while in menus or following a race, when any of your timers have completed.

Once you get several cars under your belt the timers don’t even feel obtrusive, and as crazy as it sounds, it even felt like it added a nice sense of management that you’d get from keeping tabs on all the systems in a game like SimCity. It feels like things are constantly moving and happening, and to my own surprise it was actually satisfying. It helps that the cooldowns attempt to emulate real situations – repairs and new parts take time, as does ordering a new car and having it delivered. All part of simulating the life of a professional racer, I’d imagine. 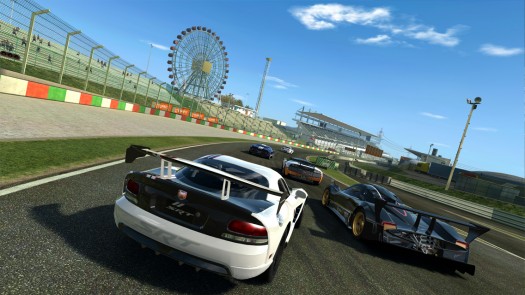 I understand the trepidation over a beloved series like Real Racing going free-to-play. It’s a business model which has many benefits but has also been abused enough times in the past that people feel the need to approach with caution. It is what it is – a free game built around timers. But freemium is a trend that isn’t going away any time soon, and is even making its way to the console and PC space. It would make sense to make peace with it on some level lest you be skipping a huge chunk of games in the near future.

To that extent, Real Racing 3 feels like it has its heart in the right place. Firemonkeys wants you to play their game which they have dedicated almost two years of their life to. The freemium aspects feel largely unobtrusive in my experience so far, and Real Racing 3 is even more fun and impressive than its predecessors in practically every way. You’ll be able to judge that for yourself – for free – when it launches later this month.