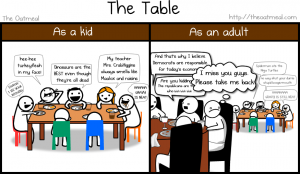 Hey guys! It’s Thanksgiving, and being a holiday that means exactly one thing for iOS gamers: Absolutely massive price drops everywhere. The best part about this is that all of these sales seem to be in effect worldwide, so even if you don’t get to partake in the tradition of gorging yourself on turkey, you can still partake in buying games on the cheap.

For even more sales you can stop by our Price Drops, Must-Have Freebies, and Deals forum, where everything that’s even remotely worthwhile is being posted about. In specific, SirAwesome is doing a awesome job keeping this compilation of sales rolling. In addition, you can find all the sales out there by checking out our sister site AppShopper. I wrote up a guide on how to do this back on Labor Day, but here’s the links you need in a nutshell:

This week was (somewhat predictably) incredibly slow both for newly released games and overall iOS news. All you really need to do to get caught up is check out our Infinity Blade 2 preview, and be aware of The Desert Bus Child’s Play charity drive. In other news, Apple did some supreme waffling with subscription-based gaming on the App Store. Allowing the first game then pulling the plug quite literally the next day. That’s too bad, too, as giving developers more flexibility on how they can sell their games is never a bad thing.

Oh also, Imangi Studios’ Temple Run [Free] is available again after some approval process drama. They managed to work with Apple to get it back online and slide in a new update. There’s better Game Center integration, two new playable characters, six new achievements, three unlockable wallpapers and even iCade support. If you haven’t grabbed it yet, get on it.

That’s about it! I’m not sure much will be happening around here on Black Friday, so if there aren’t any new iOS developments we’ll see you guys on Monday!