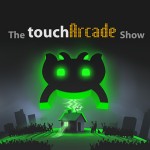 On this week’s episode of The TouchArcade Show, I do my best to stop nerd-gasming over Relic Entertainment’s Space Marine long enough to discuss the hottest iOS games and App Store news of the week alongside my co-hosts. At the top, we really dig into Grand Prix Story as well as Bungie Aerospace’s and HareBrained Schemes’ Crimson: Steam Pirates. Eventually, we get into other new releases such as King of Dragon Pass and, of course, that Max Payne HD story we ran the other afternoon.

We’ve got one heck of a running gag this week courtesy of Eli’s neighbors, so I hope you have as much fun with it as I do. If you’d like to give us a listen, you can do so just below via all these links. Of course, you can also subscribe to us via iTunes and the Zune Marketplace if you want to get each and every episode of TAS as soon as they’re uploaded.

A bit of spring cleaning here before I toss you the show notes for the week. The Bearded One will be on a short hiatus starting next week, so we’re bring in some fresh meat to fill his shoes for the two week period. We’ve got a savage line-up of guests coming down the pipe that I really, really think you’ll enjoy (although no-one can actually replace Jared’s dulcet tones.)