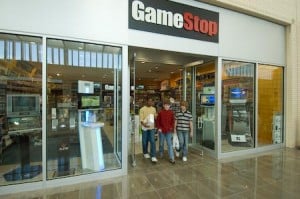 9 to 5 Mac is reporting that GameStop, the US-based video game retailer famed for its glut of “used” goods, is set to begin carrying the iPhone, the iPod Touch, and the iPad in all of its storefronts soon. The company has been testing the tablet and other iDevice waters in at least 20 stores since earlier this summer, while its online arm has been been advertising trade-ins of used iOS devices — including old scroll-wheel iPods — for a good clip, so this decision isn’t totally out of left field. Company president Tony Bartel has also stated in the past that a nationwide roll-out of the initiative was set to happen in 2011.

9 to 5 was hearing these tidings from various sources coming from the company’s recent function in Las Vegas, Nevada where this announcement was supposedly made. No information regarding timing, trade-in values, or how it’ll handle the sell of used iPhones — which you know, are phones — has slipped out, unfortunately.

To my knowledge, only the messier, much uglier cousins to GameStop like Play N’ Trade accept and sell pre-owned iOS devices on a universal level. Provided this report is accurate, this initiative will put GameStop in some… special company.

At this point, I’m more interested in what this actually signals. Will we start seeing “game” download cards for App Store titles in the store? Pre-order bonuses or incentives? A section dedicated to our favorite platform? I don’t know, but I guess time will tell.