Early yesterday morning we posted a trailer for Ninja Fishing, an upcoming title by Gamenauts which centralizes around a fishing mechanic, then gathering up those fish to kill them with your katana once they’ve surfaced. The trailer shows how all the gameplay works:

We saw the trailer and thought it looked pretty cool, and decided to toss it up here because we often do that with trailers of upcoming games that seem neat. Unfortunately, the Twitterverse woke up a few hours later and started raising awareness of just how similar Ninja Fishing is to Vlambeer’s Radical Fishing which predates Ninja Fishing by nearly a year. How similar? Well, here’s the trailer for Radical Fishing:

What makes this even more interesting is that Vlambeer had been secretly working on a reboot of Radical Fishing entitled Ridiculous Fishing, and had just been sitting on the announcement, presumably until they were a little further along. Things obviously changed in light of the impending release of Ninja Fishing, and Vlambeer sent us the following screenshots of the upcoming Ridiculous Fishing re-imagination: 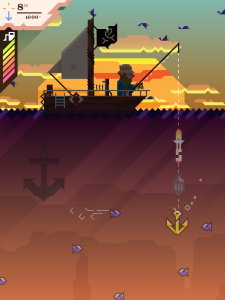 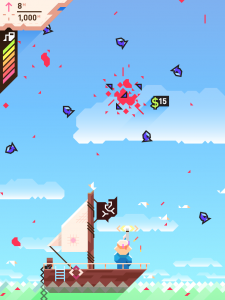 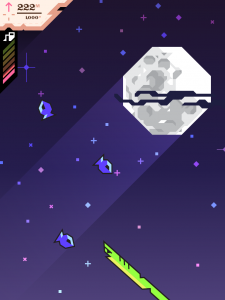 Now, this isn’t the first time we’ve seen such blatant “inspiration" in the life of the App Store. Looking back, we were incredibly excited for Super Mega Worm before a remake of the original Super Death Worm was announced a day later. And, hell, Gameloft releases new cringeworthy “inspired" games all the time. In regards to this particular fishing drama, we’ve reached out to both developers involved for reactions.

Vlambeer mentions how they’ve been contacted by Gamenauts who admit that Ninja Fishing was in fact inspired by Radical Fishing, although Vlambeer wishes Gamenauts would change things to not resemble Radical Fishing quite so much. Gamenauts’ told us their side of the story, and here’s what they’ve got to say:

…we wanted to provide a more family friendly experience while incorporating elements such as humor, explosive gameplay elements, such as mines and dynamite, and a slicing gameplay mechanic. We brought the fishing mechanic into the game, but wanted to deliver it in a new way. We intend to give the proper credit to Vlambeer for the original inspiration.

As far as TriplePoint, Gamenauts’ PR agency is concerned, they were unaware of Radical Fishing before this all came to light yesterday. Unfortunately, the App Store has become a fairly welcome home to games that are either direct clones, or highly inspired by other games, making this particular story fairly familiar. After all, Angry Birds is the result of inspiration from Crush the Castle just like Papi Jump planted their flag first in the vertical jumping scene before Doodle Jump grabbed it.

With that being said, I’m looking forward to both Ridiculous Fishing as well as Ninja Fishing, and sincerely hope that there’s enough to differentiate the two to make two crazy fishing games worth keeping around on my iPhone.