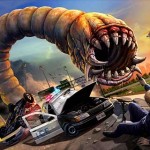 Shortly after yesterday’s announcement of Super Mega Worm we received word from PlayCreek, creators of Stoneloops! of Jurassica, that they were bringing the original worm destruction game to the App Store. Death Worm was created by JTR back in 2006 and is available for free as a 3.5MB Windows game. PlayCreek is promising to take the original concept to the next level, and even has plans to keep the game updated with new levels, enemies, game modes, and other features. Two examples they cite for future updates are a Death Worm soccer mini game and a Death Worm castle defense game mode. There’s also an iPad version in the works. 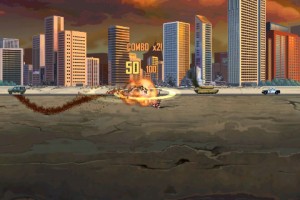 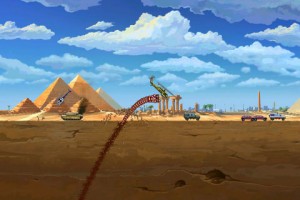 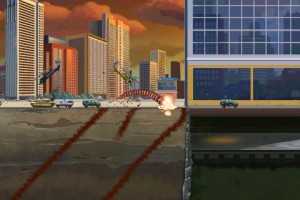 It’s more than a little odd that there are two games being announced in such short succession that are based on such similar concepts, but if you got a chance to play Stoneloops! of Jurassica before it was pulled from the App Store, it’s hard to not get excited for PlayCreek’s Death Worm. The additional game modes sound beyond ridiculous, and I’m really looking forward to giving both Death Worm and Super Mega Worm a try.