With the iPad 2 slated to hit consumers’ hands later today, developer’s are already beginning to release updates to their games that take advantage of the extra graphical processing power that we talked about in-depth yesterday.

Dead Spaceâ„¢ for iPad, $4.99 – First out of the gate is an update for Dead Space for iPad that features enhanced graphics and a couple of other user requested improvements. You can now freely adjust the look sensitivity, which was a sticking point in our review, and can also invert the Y-axis for gamers who prefer to play with that option. These latter two control options are also included in an update for the iPhone version of Dead Space [$6.99].

Check out these newly release screens for Dead Space for iPad that show off the improved iPad 2 visuals: 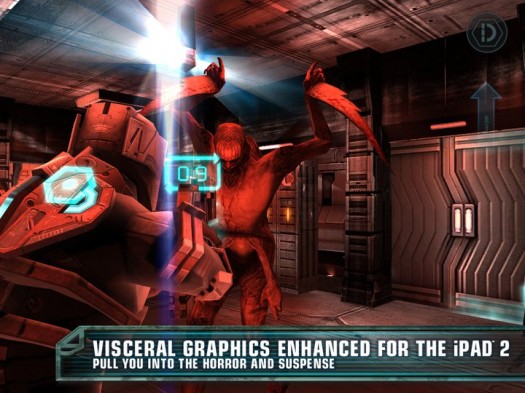 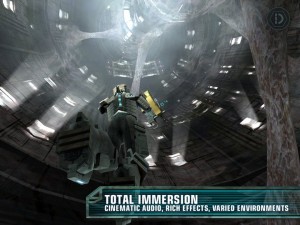 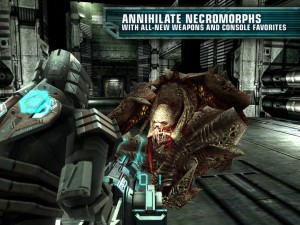 This update is already out and ready to go, and in addition Dead Space for iPad is currently on sale for $6.99 down from the original price of $9.99.

Infinity Blade, $5.99 – Also getting updated today is Chair’s epic sword battling game Infinity Blade. It was just last week during GDC that Infinity Blade received a huge update that practically doubled the content in the game, adding a new dungeon; new enemies, arenas, and items; and the ability to start a new game+ and continue leveling up to your heart’s content. Now Chair is already at it again with an update that optimizes Infinity Blade for the beefier hardware of the iPad 2. 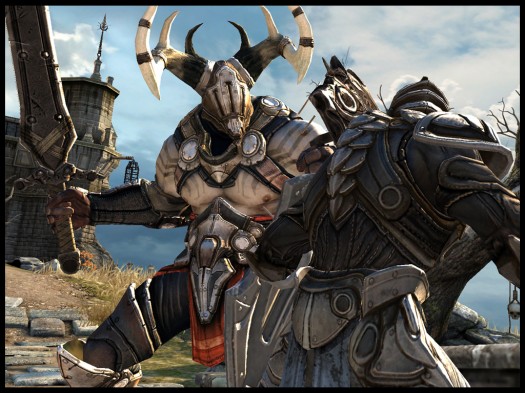 The update for Infinity Blade is just starting to go live, so you may not see it in your updates tab right away as it’s still propagating through Apple’s servers, but keep checking as it should be available for you sometime today. Along with this Infinity Blade update, the update for Dead Space for iPad, and the just released Real Racing 2 HD [$9.99], there should be more than enough visual stimulation to show off to your friends if you’re planning on picking up an iPad 2 today.