Last December, Firemint wowed everybody by releasing Real Racing 2 [$6.99], the sequel to their popular racing sim that originally hit in Summer of 2009. We had no problem awarding Real Racing 2 5 stars in our review, calling it the “king of iOS racing games”. One thing we weren’t sure of, however, and something that many players in our forums and elsewhere had been wondering about, was if there would be a Real Racing 2 for the iPad.

Firemint since confirmed that it was in the works, and part of the hold up was seeing what Apple’s plans were for the iPad 2 which was announced last week and is available starting today. 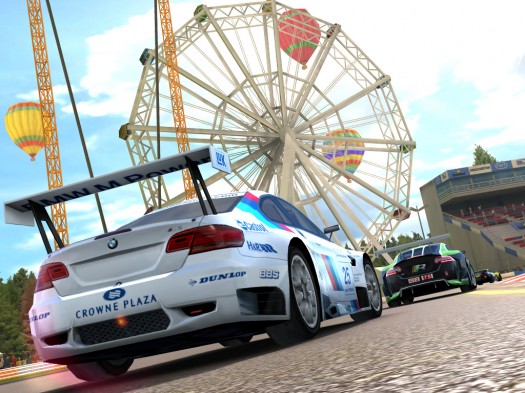 Well, just like clockwork, and echoing the original iPad’s release, Real Racing 2 HD [$9.99] has launched just in time to be one of the flagship titles for the new iPad 2. Firemint claims that Real Racing 2 HD is optimized for both the original iPad and the extra performance muscle of the iPad 2, so should serve as a great title to show off your shiny new toy should you be picking up an iPad 2 later today.