We’re just one day away from the iPad 2 launch, as every schoolchild knows, but early reviews of the unit have already begun to appear, and they all indicate that the iPad 2 is notably faster than its predecessor. No surprise there, given Apple’s claims that the iPad 2 features “up to 2x faster CPU" and “up to 9x faster graphics," as compared to the original iPad.

But, how fast is it, really?

Until game developers widely get their hands on the new device, we can only look to early benchmarks taken on the few press evaluation units Apple has provided to key media, in order to try and glean a feel for the iPad 2’s performance as a game platform. Happily, developers will be able to grab their iPad 2 just over 24 hours from now, but as those are going to be a long and painful 24 hours, let’s take a look at some benchmark data.

John Gruber of Daring Fireball has posted one of the aforementioned iPad 2 reviews, in which he shares his reactions to the device as well as some benchmark numbers. And, Gruber’s suite of benchmarks is a little more interesting than most that we’ve seen so far.

He posts the results of the Sunspider JavaScript benchmark that everybody with an iPad 2 has been running, for both the iPad and iPad 2, showing the latter to come out on top due both to improved hardware and, more directly, iOS 4.3’s bundling of Apple’s Nitro JavaScript engine into the iOS 4.3 version of Mobile Safari. He posts Geekbench results, as well, which show the iPad 2 performing 159% faster than the original iPad, overall. But, what’s rather more interesting are the results of a benchmark custom-coded by Guy English of Kickingbear (who did some work on Tap Tap Revenge), written to measure specifically the graphics capabilities of the iPad 2, from a developer’s perspective. 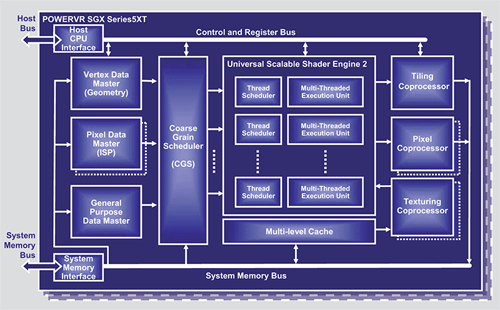 The custom benchmark in question renders thousands of sprites moving about the screen, with gravity, while tracking up to three touch points. The results show the iPad 2’s graphics improvements to go well beyond simply those of the dual-core CPU.

After I showed him the results, Guy told me, “The results show that the iPad 2 is easily about twice as powerful as the original and that this speed gain is a freebie — you don’t need to change your code structure in order to see significant gains. The differences in the amount of time spent rendering indicates that the GPU is really much faster than the original."

English indicates that the original iPad has a comparatively weak fill-rate and that the new device’s much more powerful graphics subsystem should allow for some really incredible visuals in games and applications written (or updated) to take advantage of the native hardware.

“Up to 9x faster graphics"? Based on what these benchmarks are showing, it doesn’t seem that Apple’s claim is too wide of the mark. And, I’m guessing that there’s more than one PowerVR core in that A5. (I tried, but was unable to squeeze any clarifying info out of the Imagination Technologies folks on the GDC expo floor.) We’ll find out soon enough. But, whatever the case, it’s clear that the iPad 2 is going to be an iOS gaming powerhouse. Developers, your work is cut out for you.