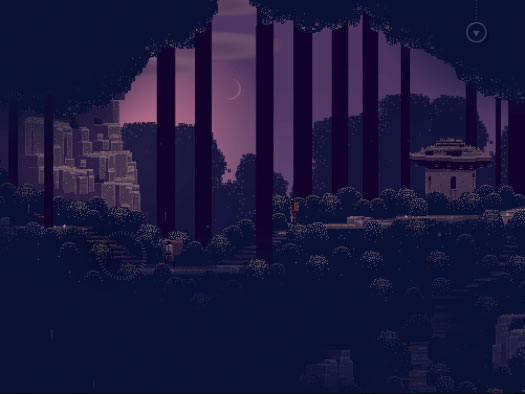 Remember this time last year? We were heaping dump trucks full of praise on Superbrothers’ Sword & Sworcery EP both in our initial hands-on, then again a few days later as we further reflected on just how impressive the whole experience was. Since then, our forums have been going wild with speculation, especially as Superbrothers’ kept slowly releasing details and commenting on possible release dates.

So what’s been taking so long? Well, now that the game is officially nearing release, Superbrothers’ were willing to open up on just what it is that they’ve been up to. Here’s the terrible secret of Sword & Sworcery: What we saw back at GDC 2010 was basically a polished prototype, what we played was quite literally all there was that was completed at the time. While you could shake your fist at the sky and damn Superbrothers for hoodwinking you, you could realize the entirely too clever thing this has allowed them to do. 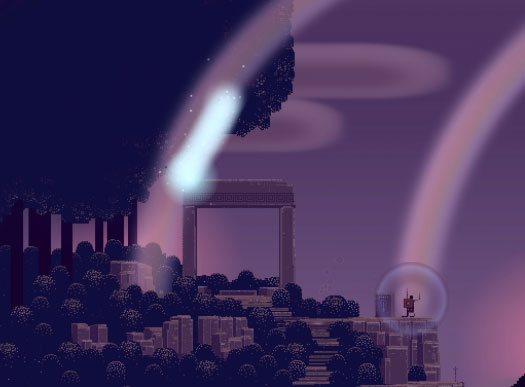 So many games that we preview are either completed or very close to it. From a developer’s perspective, all you can really do then is listen to feedback and try to mitigate what people don’t like or criticize either in future updates or last minute changes before the game is released. Getting the world excited for Sword & Sworcery when it was just an incredibly intriguing prototype has more or less flipped this process completely around.

The vague previews and trailers have resulted in a hurricane of comments as people post what they hope the game will be. Superbrothers has been following this discussion like a hawk, and through the year that the game has been in development, seemingly implementing things from the various “wish lists" people have had. They also admitted throughout the conversation we had that there were several times in the development process where they debated releasing what they had, but decided to continue development until the game was at (or as close as humanly possible) to 100% in their eyes. 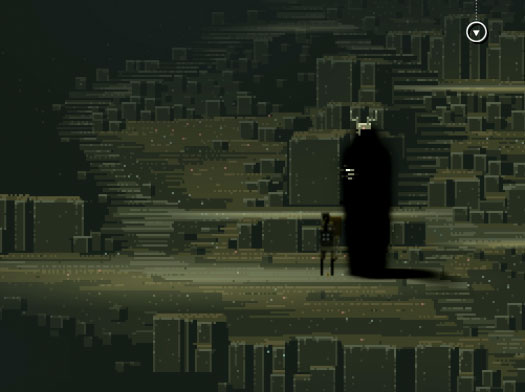 Superbrothers’ weren’t willing to let me shoot any video of the game yet, but the good news is that next week we’ll have a full hands-on of the final version of Sword & Sworcery. Until then, what I can say is that I’m blown away by how much better the game looks since our last glimpse at E3 last year. They’ve added tons of lighting effects, and if you’re crazy about parallax scrolling, you’re going to be in heaven. The art of Sword & Sworcery now still is blatantly minimalist pixels, but the crazy amount of parallax layers in the game gives it a fantastic looking almost-3D effect.

I’ve likely said too much already, but please stay tuned for our preview next week. I absolutely cannot wait to play the final version of the game in its entirety and see whether or not this backwards development cycle worked for Superbrothers.