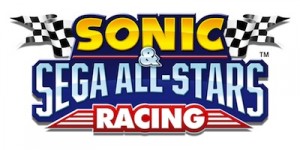 Earlier today Sega announced that a port of last year’s console title Sonic & Sega All-Stars Racing would be coming to iOS. Today I was able to stop by a hands-on event for the game and spend some time with an early pre-alpha build, and so far it’s shaping up nicely. If you’re unfamiliar with Sonic & Sega All-Stars Racing, it’s similar to Mario Kart but with a selection of Sega characters. It’s a fast-paced racing game with special weapons you can use to slow down your enemies and powerups that help you gain an advantage in the race.

Sonic & Sega All Stars Racing will feature 10 playable characters including the expected stable of Sonic-related characters like Sonic, Dr. Robotnik, and Tails; and some more obscure characters like Ryo Hazuki from Shenmue, Beat from Jet Set Radio, and B.D. Joe from Crazy Taxi. There will be 12 tracks to race on over a single-player Grand Prix or Challenge mode, and local multiplayer with 1v1 over Bluetooth or 2-4 players over local WiFi. There isn’t currently any online racing functionality, but the developers have stated that it’s always a possibility in a future version. 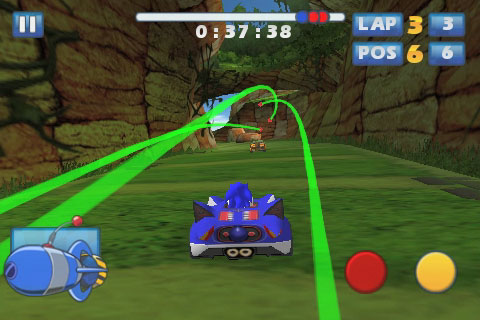 Sonic & Sega All-Stars Racing played very well despite still being in an early state. The tilting to turn was very responsive and fun to use, and I usually dislike tilt-to-steer options in racing games. There are plenty of boosts and weapon pickups scattered throughout each track, so there’s always some sort of carnage going down. One nice aspect to the game is how you earn points with each race which will go to unlocking each of the characters and tracks in the game, lending a nice goal-oriented progression to playing. The game is also quite colorful, and although it isn’t heavily detailed the game moves so fast that it’s hard to notice.

Here’s some video of me playing through one race using B.D. Joe from Crazy Taxi:

Sega pegs the release of Sonic & Sega All-Stars Racing for Spring, and there is definitely some additional polishing that needs to be done before then. The frame rate stuttered a tiny bit and many of the sound effects and some music aren’t present at this time, as you can tell from the above video. Still, it’s shaping up fairly nicely and I’m definitely looking forward to the release. You can check out a discussion for Sonic & Sega All-Stars Racing in our forums, and we’ll have more from the game as its Spring release date approaches.