If you’re an ancient App Store RPG fan, you’ll likely clearly remember the late 2008 release of Chronicles of Inotia. At the time, it seemed fairly amazing compared to the basic offerings of the early App Store, but in early 2009, Inotia was completely outclassed by Gamevil’s Zenonia in nearly every way. In late 2009, Com2uS upped the ante by releasing Inotia 2: A Wanderer of Luone. We liked this sequel so much we even featured it in our 2009 Best iPhone games listing.

If you enjoyed Inotia 2, you can pretty much stop reading now and just pick up Inotia 3: Children of Carnia [$4.99] as after playing nearly four hours of it, the best way to describe it is more of the same. This isn’t necessarily a bad thing either, as what made Inotia 2 really cool also makes Inotia 3 just as fun. 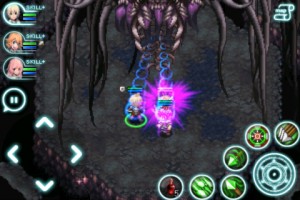 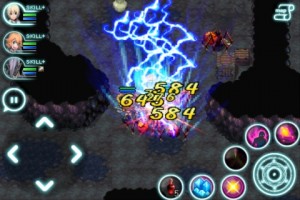 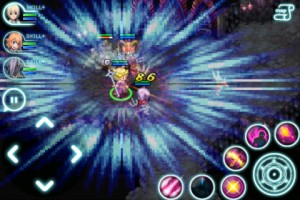 Gameplay is centralized around your initial choice of one of six classes ranging from different types of ranged, melee, and magic using characters. As you proceed through your adventure, you’ll be playing in a party of three characters, each with their own completely customizable set of passive skills, active abilities, and equipment load-outs. You can freely switch between directly controlling one of your party members while the AI does a decent job of controlling the other two. This allows for a surprising amount of strategy, and customization as explained in our Inotia 2 review:

For the first part of the game, I controlled a mage (my main character) and a templar, the latter of whom served as both my healer and frontline. I controlled the templar and led the way into battle, creating a safe environment for my mage to attack from a distance behind me. At first, the only skill that my templar had access to was a basic healing spell, but with a broadsword and careful attention to the health bars of my party members, I was able to make it through most situations with ease. Later, I added a knight to my party, which added even more strategic options due to the fact that my templar was now freed for full time healing duty while my knight charged headfirst into enemies. The combination of class types in my party gave me a lot of wiggle room for experimentation with strategy, making the game much more than a simple hack-and-slasher.

Like its predecessors, Inotia 3 comes packed with what (so far) seems like an entirely predictable JRPG (or, KRPG, I suppose) storyline initially involving your character coming of age, accepting some small quests, and quickly stumbling in to the role of being solely responsible for saving the world. Dialog is also absolutely loaded with the dreaded ellipsis. Thankfully, combat and party system is fun enough that you won’t really care that the protagonist really loves the ol’ triple dot. 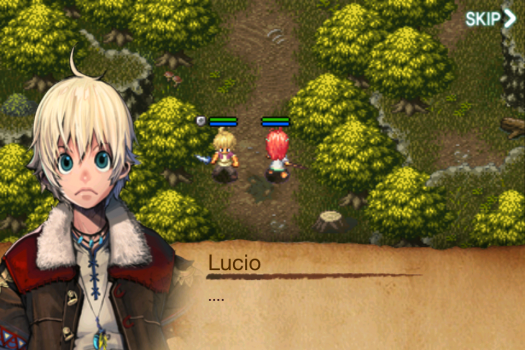 The quest system seems fairly extensive, and never really leaves you without something to do. The main quest line guides you from place to place, and every town has other people that want you to complete tasks for them. Unfortunately, a lot of these quests feel fairly grindy, and often involve killing things to farm quest items they drop or collecting things in the game world. Again though, the combat and party system is engaging enough that you often don’t mind going out and gathering up ten bear skins, a skunk skull, and some rare mushroom at the whim of some random NPC.

I look forward to spending more time with Inotia 3: Children of Carnia. It’s a solid action RPG from Com2uS, and while it doesn’t feel very innovative, Inotia 3 is a good sequel that continues familiar systems from the previous games. Also, it comes packed with its own oddly elaborate original soundtrack which is where the above music video is from, so make sure you play the game with the sound on if at all possible.

Note: Inotia 3: Children of Carnia is presently being advertised on this site, but it has no influence on our choice of coverage or the outcome of our reviews. See advertising and editorial policies for additional details.