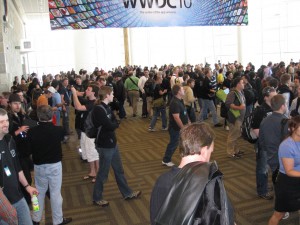 WWDC 2010 wrapped up this past week, and we have almost recovered from the activities.

Of course, the big Apple announcements that were made last week included the announcement of iPhone 4 as well as details of the iOS 4 launch. For gamers, the new iPhone 4 represents a few notable changes.

A much higher resolution display (640×960) and faster A4 processor should be able to deliver a much better experience — for games that bother to take advantage of it. Also included in the iPhone 4 is a new gyroscope that promises much more accurate spacial positioning. While a combination of compass and accelerometer controls have been able to provide similar data in the past, I’ve been told that the gyroscope input is a significant improvement. It also should be able to handle extreme positions — such as laying in bed while playing a tilt-game.

But, if experience has taught us anything, the new features won’t become mainstream for some time. The biggest iOS 4 feature that the rest of us should be waiting for is Game Center – Apple’s leaderboard/acheivements system. Apple was talking about Game Center at WWDC, but only behind closed doors to developers. Apple had originally announced the release of Game Center for “this fall" and hasn’t publicly revised that timeframe yet. 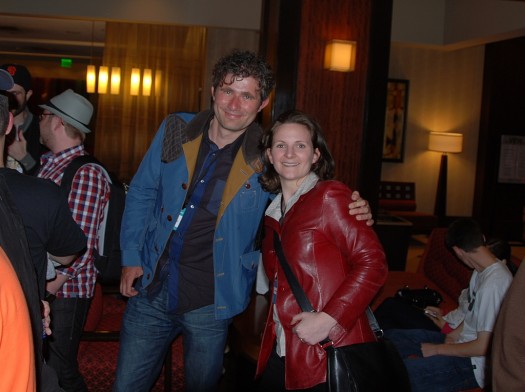 Prominent iPhone developers, of course, were on the scene. Pictured above are Igor Pusenjak of Lima Sky (left) and Alexandra Peters of Firemint (right) during the TouchArcade developer mixer. Both companies were honored during Apple’s WWDC 2010 Design Awards for Doodle Jump (Limasky), Flight Control (Firemint) and Real Racing (Firemint).

Limasky is working on an iPad version of Doodle Jump while Firemint is working on brand new games. Neither company was ready to talk about details, however. Korean developer Gamevil mentioned that they were hard at work on Hybrid 2, but weren’t yet ready to release screenshots or video just yet. We did manage to talk to a number of other developers throughout the week and posted articles on their upcoming games. A few more WWDC stories may still trickle in over the next few days as we prepare for E3.

E3 kicks off on June 15th and TouchArcade will be there. Based on early info, the iPhone’s presence at E3 has increased dramatically from last year. We expect announcements/demos from a number of major companies including Square Enix, EA, and SEGA.

Developers looking to meet up with TouchArcade should email us for details.