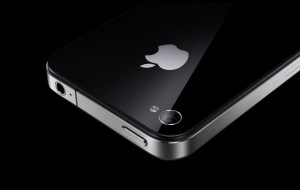 While the Apple A4 processor and higher resolution screen of the iPhone 4 will be fantastic for gamers, what likely will cause the biggest splash in future game development is the addition of the electronic gyroscope buried inside of the device. This additional orientation sensor will likely add a similar dimension to gameplay as the Wii Motion Plus, an addon that also utilizes a gyroscope for incredibly accurate motion tracking.

While on stage during the keynote today, Steve Jobs showed a brief demonstration with a Jenga game that was able to rotate the stack of blocks while utilizing the gyroscope in addition to the accelerometers. When only using the accelerometers like games on today’s devices use, rotating the stack of blocks worked, and was fairly precise, but once the gyroscope was enabled the difference was remarkable.

Here is a brief video of the gyroscope portion of the keynote, the quality is mediocre but you can easily see how the phone is able to track Steve’s various movements then translate it to the game world:

The game that immediately sticks out to me that would benefit the most from this extra degree of control would be a game like Zen Bound [$2.99 / Free], as I imagine manipulating the objects you wrap could be even easier with yet another degree of control. It’s not hard to think of other games that could be enhanced by the extremely precise motion tracking, especially if you’ve ever used a Wii Motion Plus and have seen just how much the addition of a gyroscope can improve how accurately a game can track your movement.

Like anything on the App Store, it’s up to developers to implement these new features. All we can do is wait and see what they come up with once they finally get the device in their hands.