It’s kind of crazy to think how much has happened since November of last year when we had the guys from Crescent Moon Games on the fourth episode of our podcast just before the release of their first iPhone game, Ravensword: The Fallen King [$4.99 / Free]. They’ve since released the game and it became both a critical and financial success. Following the coattails of Ravensword comes several ambitious projects.

The first of which is the obvious Ravensword sequel, along with Ultra Kid: Mystery of the Mutants, Rimelands: Hammer of Thor, and the game they’re revealing their involvement in tonight: Aralon: Sword and Shadow.

Aralon: Sword and Shadow actually has a great story behind its development. It turns out, the game has been in the works by Galoobeth Games since before Ravensword was even started. The two developers, Jason and Sam, have built the framework for an insanely impressive RPG, but neither are artists. The models were rough, the animations were mediocre at best, but if you looked past all of that, you could see something amazing.

Crescent Moon Games along with artist Mark Jones, famous for his work on everything from the Elder Scrolls series to Arkanoid for the Amiga, are giving Aralon the sprucing up it badly requires to turn a great RPG with bad graphics to what they’re hoping to be the best 3D RPG on the App Store. 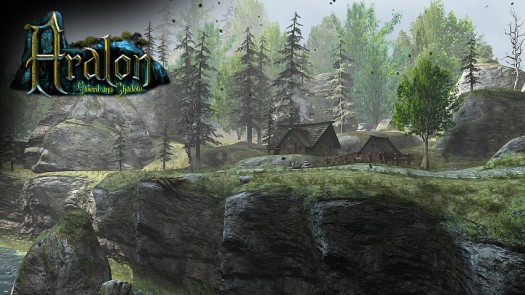 Aralon: Sword and Shadow is going to sport a feature list that is going to be difficult to beat. They’re promising over 30 hours of gameplay, a faction system, crafting and gathering skills, and hundreds of items to equip your character with that also will change your appearance. In addition, there will be four character classes: Warrior, Ranger, Rogue and Mage, each with a unique play style in three playable races: Humans, Elves, and Trolls.

A primary quest will send you through every part of the Kingdom of Aralon, with many optional side-quests to add even more depth to the game. Different enemies will use different battle tactics, and you’ll even be able to acquire mounts to quickly travel. 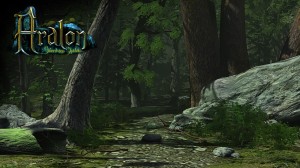 In talking to Crescent Moon Games about Aralon, I’ve asked them multiple times if they really want to promise all of these things. According to them, almost all of this is already programmed and all they need to do is spend the next four months or so making the game look as great as it plays.

As a fan of RPG’s, it’s hard to not get excited when developers promise epic gameplay experiences filled with deep stories, tons of character customization, and everything else. We’re going to keep a close eye on all of the projects Crescent Moon Games has cooking, and I’m hopeful that Aralon: Sword and Shadow will be just as awesome as it has been described when it finally launches.