Covering the Steam Deck over the last few months has been amazing with how much the software has improved over time. If you missed Jared’s review of it at launch, read it here. Testing new and old games on Steam Deck has also been great since almost every game I’ve played runs as it should. While I already covered the best games you can play on Steam Deck and even the best Steam Deck games you can’t play on console, a lot of people likely want to see how newer games play on Valve’s handheld. 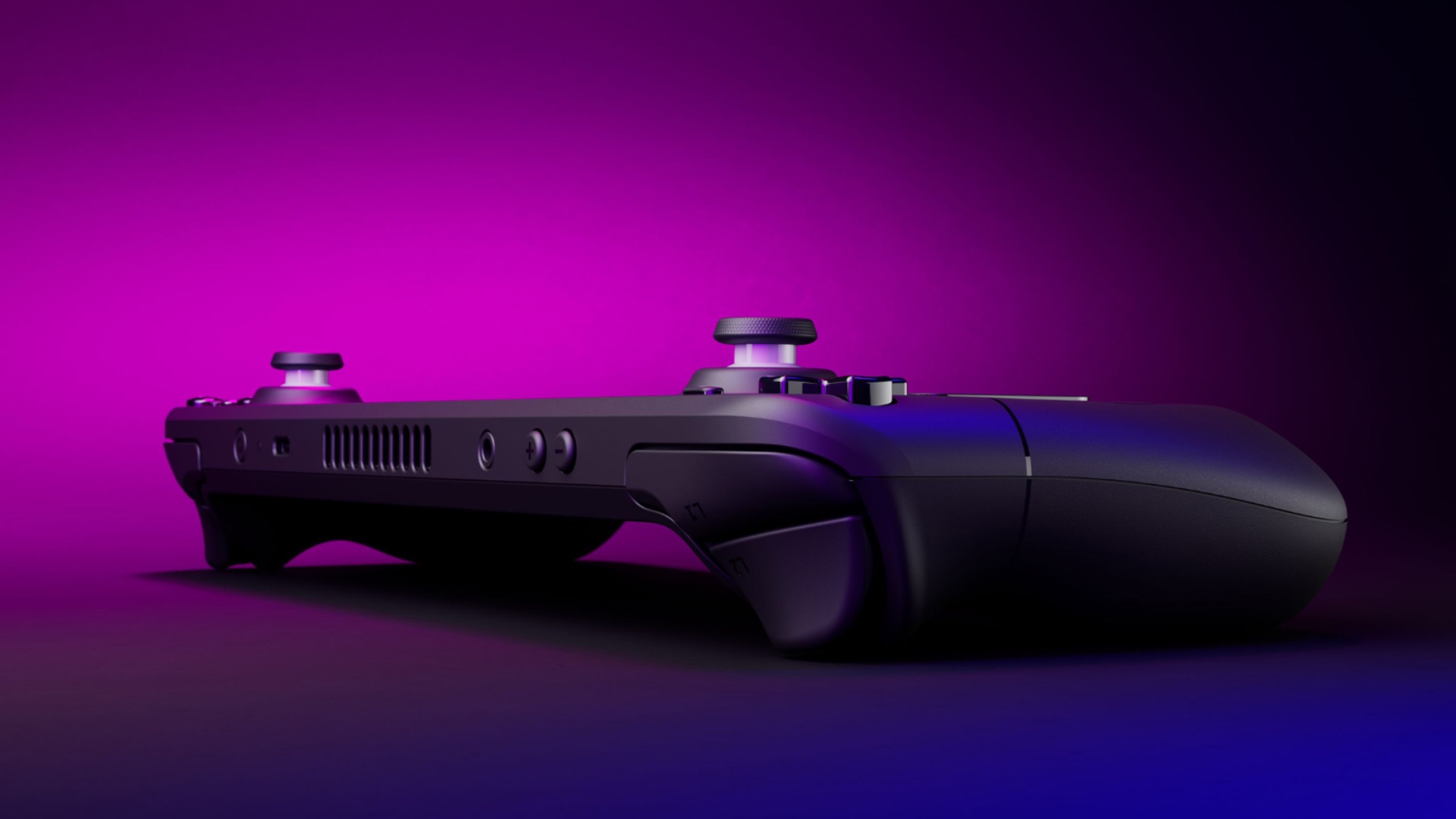 Having played many newly-released games on Steam Deck both before and after release, got me to putting together a list of the best new games to play on Steam Deck. This feature only includes games that have been released this year, and will feature all new games with a few exceptions in the case of games that were on console before, but ported to PC only this year. 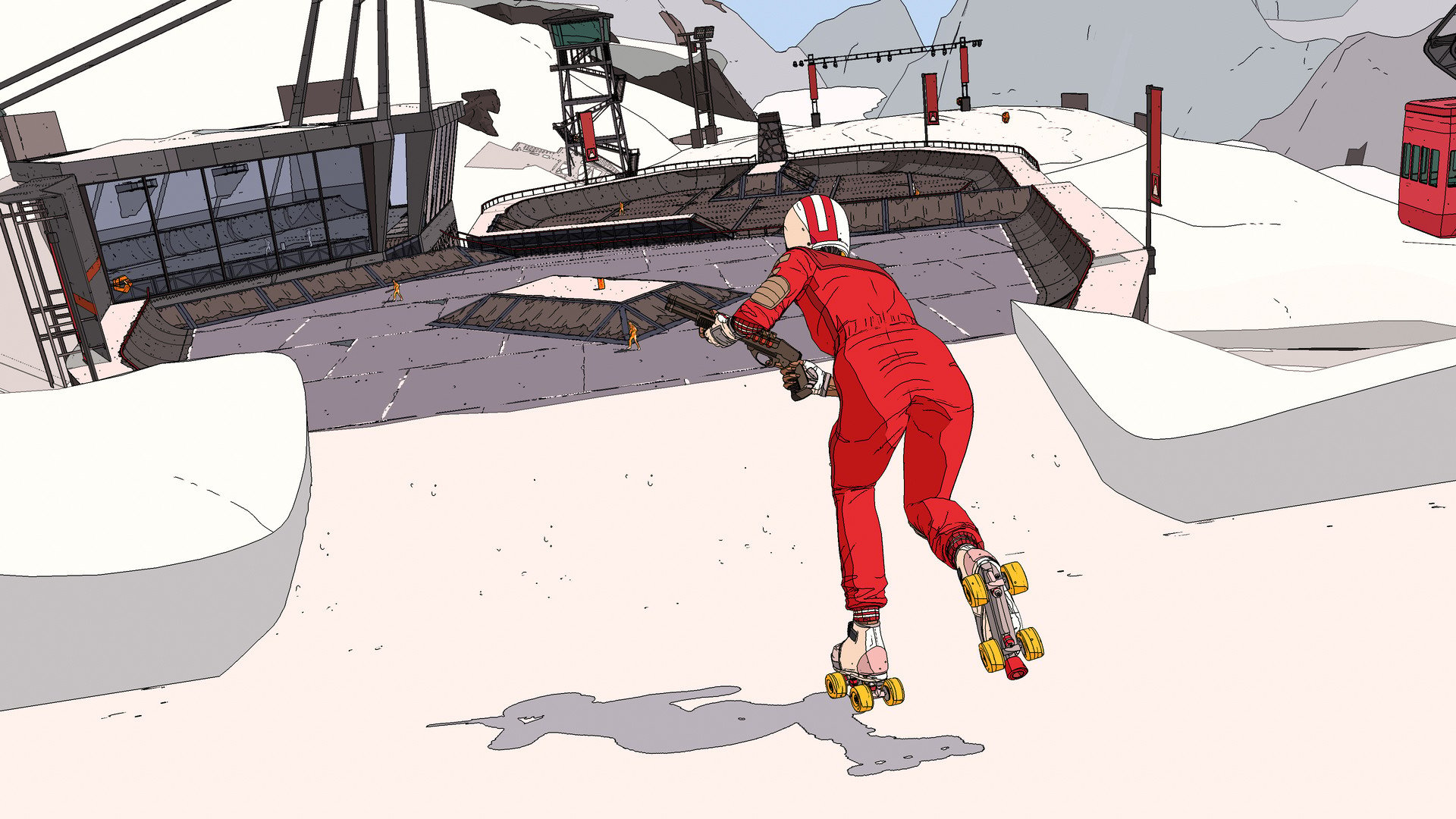 Rollerdrome is one of the games that inspired me to do this feature. Roll7 already impressed me with OlliOlli World on Steam Deck and Switch, but given the developer’s prior games, it wasn’t as big of a surprise. Rollerdrome on the other hand, was a big surprise. The third person shooter and skater hybrid has an addictive gameplay loop, precise controls, great music, and a lovely stylish aesthetic. It is a singleplayer experience that will challenge and surprise you. It runs perfectly out of the box on Steam Deck as well, and has been my goto game to play to take a break recently. 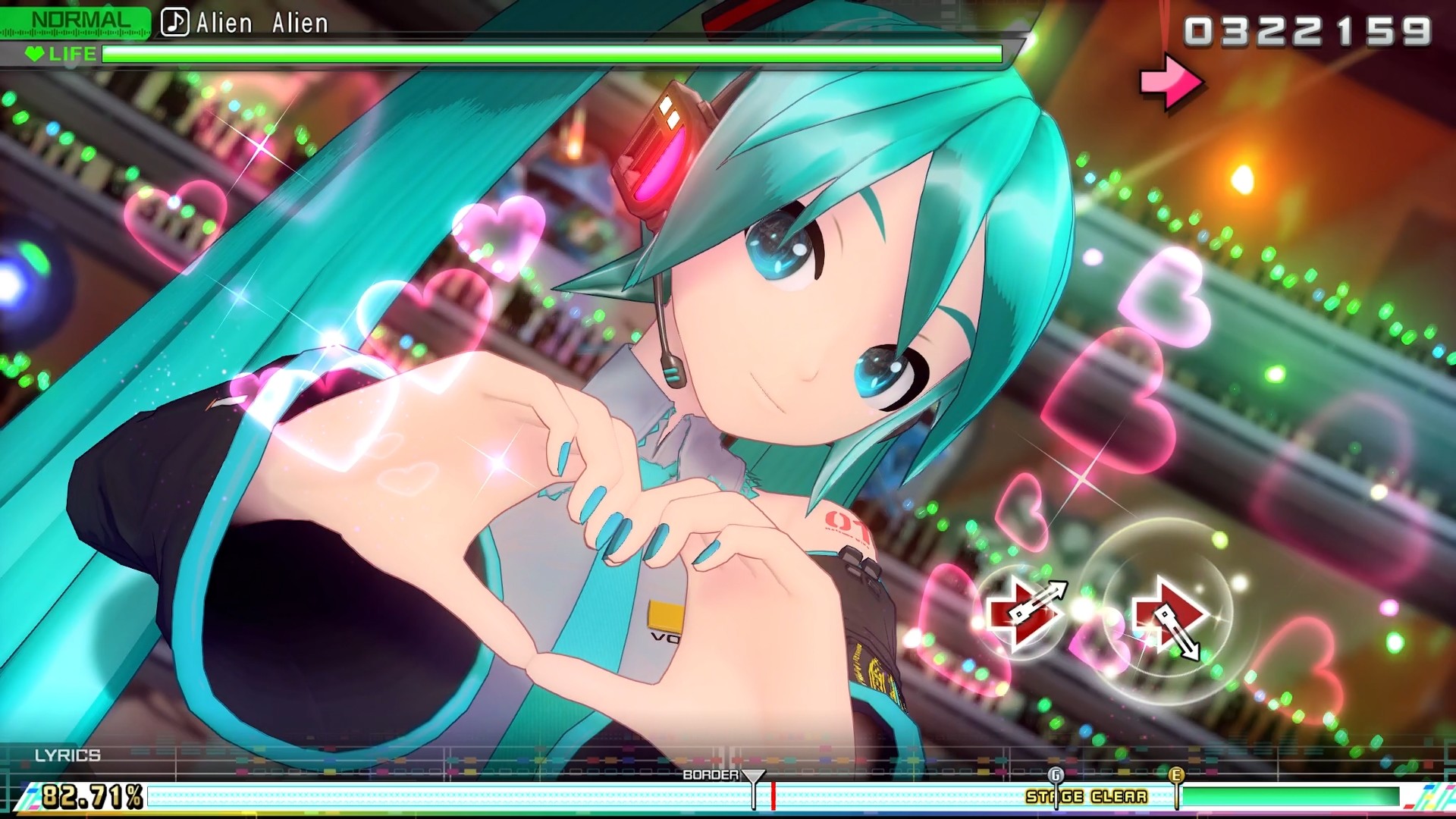 Hatsune Miku: Project DIVA Mega Mix+ was one of the more surprising releases on Steam this year. The games have traditionally been only in arcades and consoles, so seeing a global worldwide simultaneous PC release was surprising. The rhythm game featuring vocaloids and a ton of great music debuted on Steam this year, and it runs perfectly on Steam Deck out of the box. I played it from the day it launched on Steam on my Steam Deck, and have had no issues. This version also brings the best of the PS4 and Switch games together. If you’ve ever wanted to get into the world of Hatsune Miku or just play a fantastic rhythm game, Hatsune Miku: Project DIVA Mega Mix+ is worth your time on Steam Deck.

When ANNO: Mutationem was originally revealed, it looked like something I’d enjoy, but seeing a camea from VA-11 Hall-A’s Jill is what got me to buy the game on PS5. I enjoyed my time with ANNO: Mutationem on PS5 quite a bit despite a few flaws. On Steam Deck, ANNO: Mutationem is a fantastic experience out of the box. I’ve played it on both Nintendo Switch and Steam Deck now, and the action adventure game blending 2D and 3D styles is an absolute joy to play on a portable. If you’re looking to play a great cyberpunk adventure with gorgeous visuals, ANNO: Mutationem is an essential on Steam Deck. 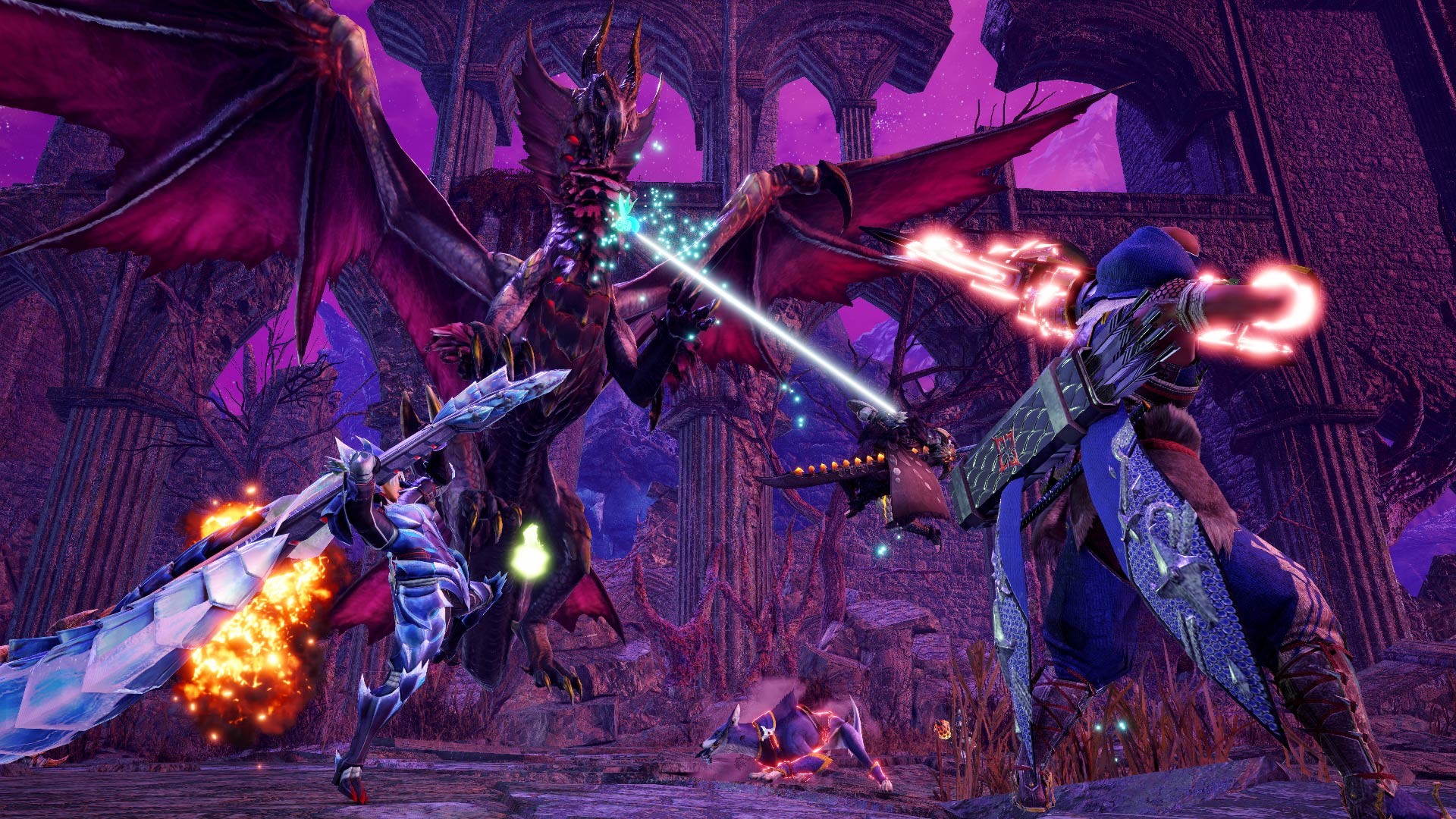 Monster Hunter Rise hit Steam earlier this year following its debut on Switch last year. Monster Hunter Rise: Sunbreak, the huge expansion to the game, arrived on both Switch and Steam a few months ago, and I played the entire expansion and postgame content available for review on Switch with almost no issues. Since then, it has gotten even more updates to bring in new monsters, quests, events, and more. In its current state, Monster Hunter Rise: Sunbreak is best played on Steam Deck if you want the definitive portable experience, and it is also one of the best games this year. 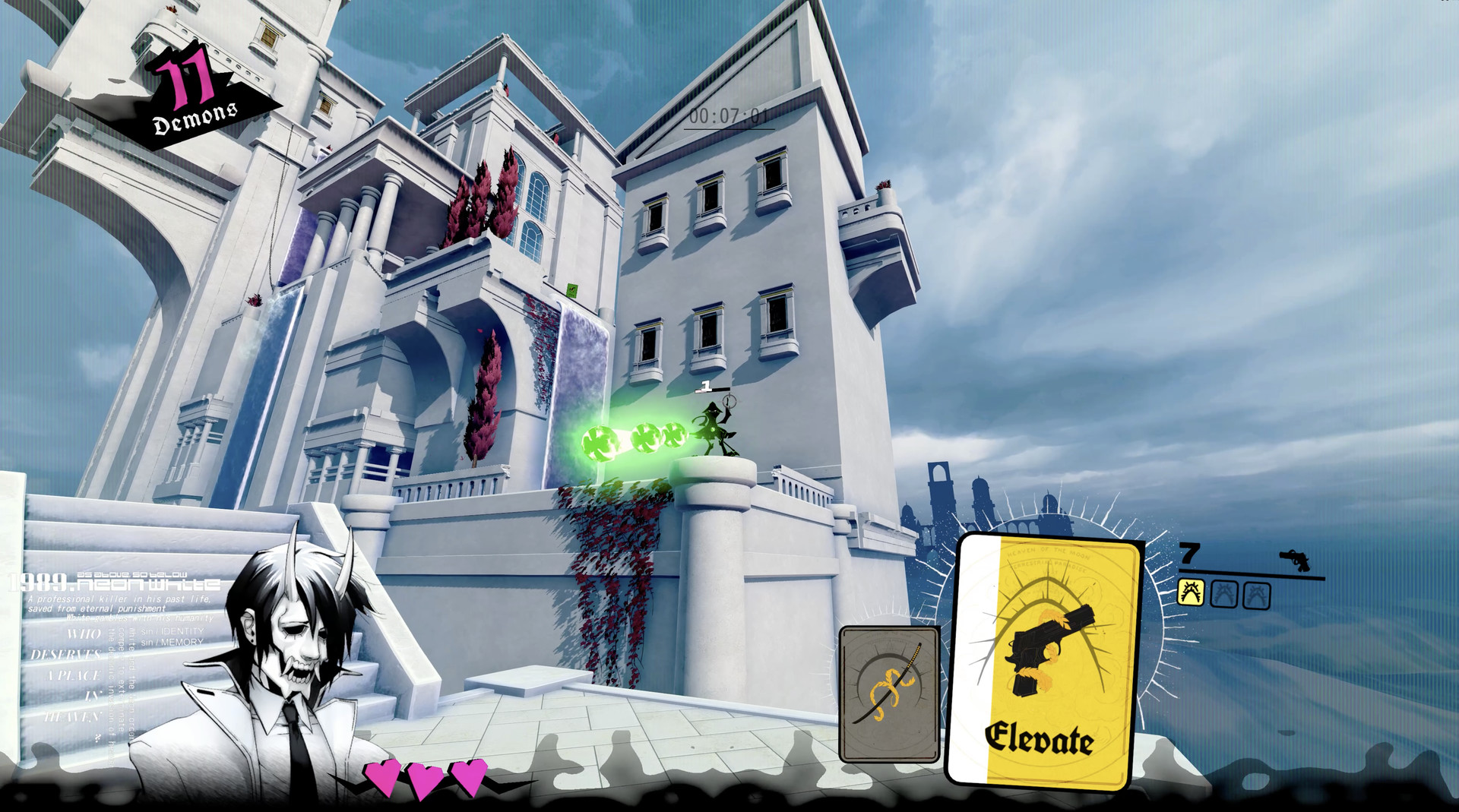 Having played Neon White for review on Switch, and then buying it on Steam to check out on Steam Deck, I’ve been surprised at how it has still managed keeping its hooks in me. While the dialogue is still not great, the platforming, music, and levels are superb. It plays amazing on Steam Deck and is definitely one of the best new indie games you can play right now on any platform. If you enjoyed games like Ghostrunner and Paradise Killer, this is for you. It also has some No More Heroes sprinkled in. I hope we get more levels as DLC. 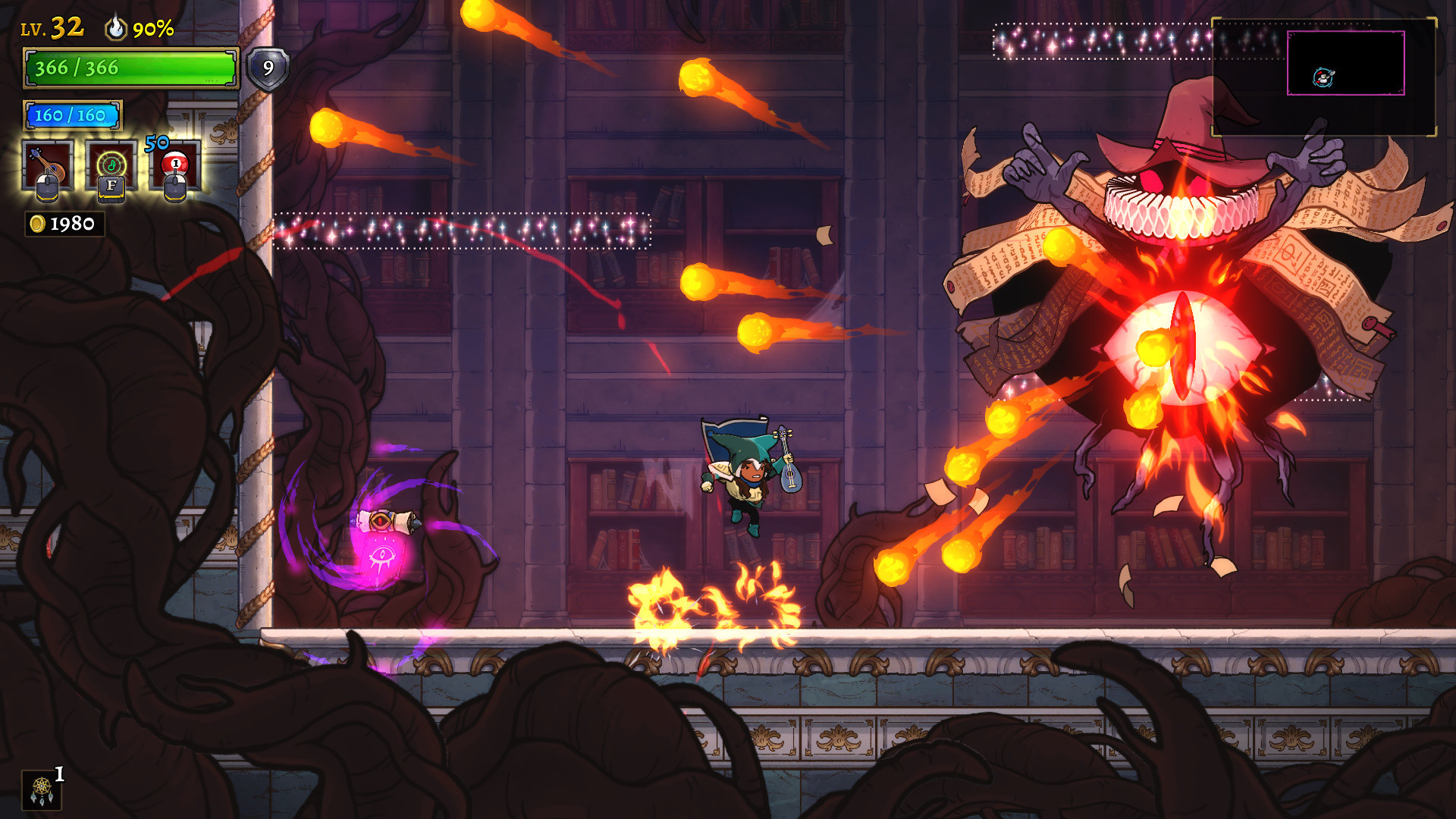 Just like Neon White, Rogue Legacy 2 is one of the best indie games this year on any platform. Rogue Legacy 2 builds on the foundation of the first game to feel even more modern. I was hoping Spelunky 2, would do this for me, but it doesn’t feel as much of a step forward as Rogue Legacy 2 does. Rogue Legacy 2’s new visual style and gorgeous levels all add up to make this an easy recommendation. Until we get a Switch or mobile port, the Steam Deck offers the best and only official portable experience. 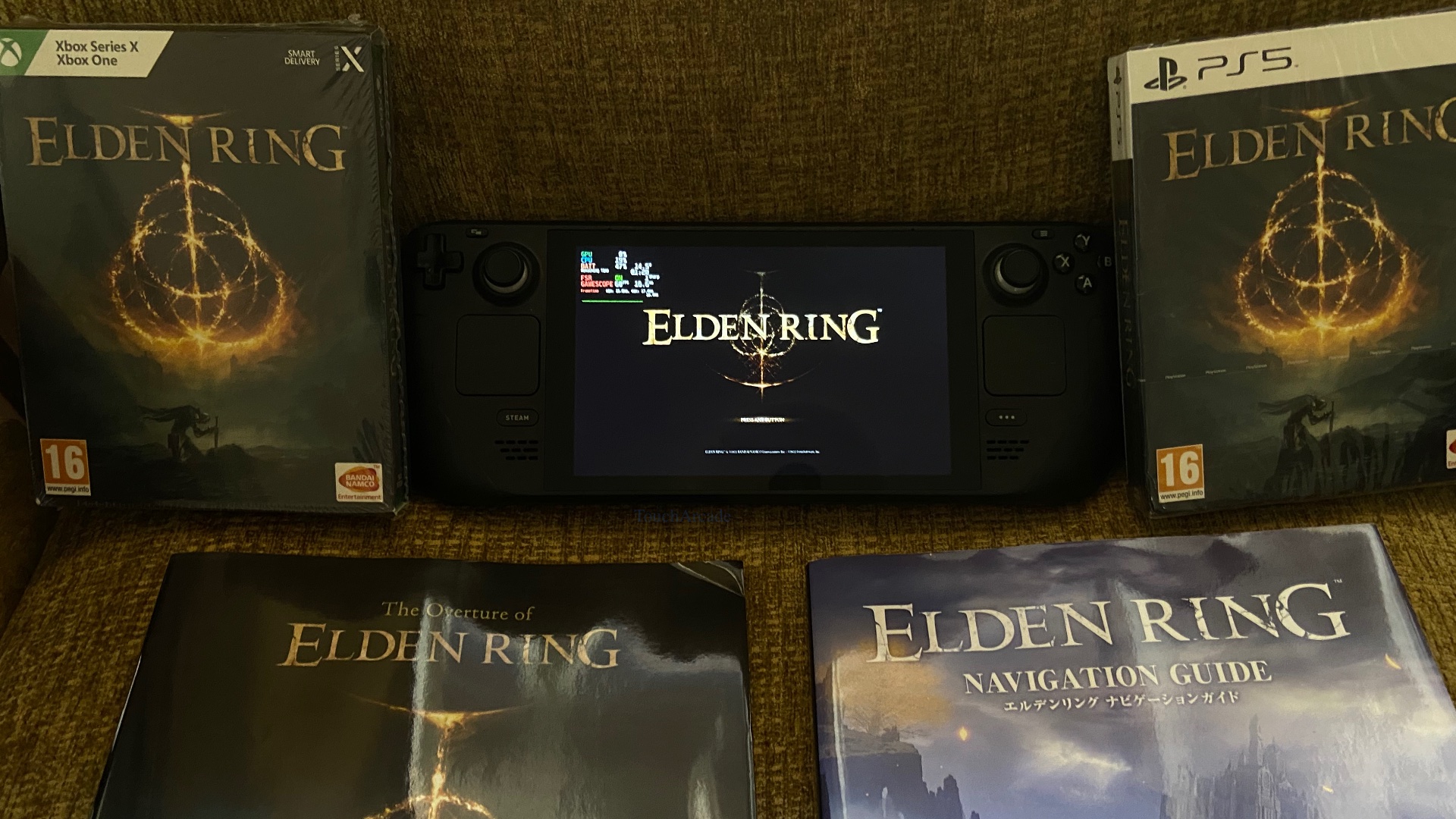 I’ve already featured Elden Ring in the best games to play on Steam Deck, but it continues to impress me each time I boot it up to play on the go. When Jared sent me the Steam Deck, this is the first game I installed on it to check. Having played Elden Ring on PS5, PS4 Pro, Xbox Series X, and also a laptop, I was blown away by how good it felt to play on Steam Deck. Since launch, the game has gotten a ton of updates with balance adjustments and performance improvements on some platforms. Having played it again last night for an hour to just explore more of the world, I can safely say that this is one of the best new experiences anyone can have on Steam Deck. 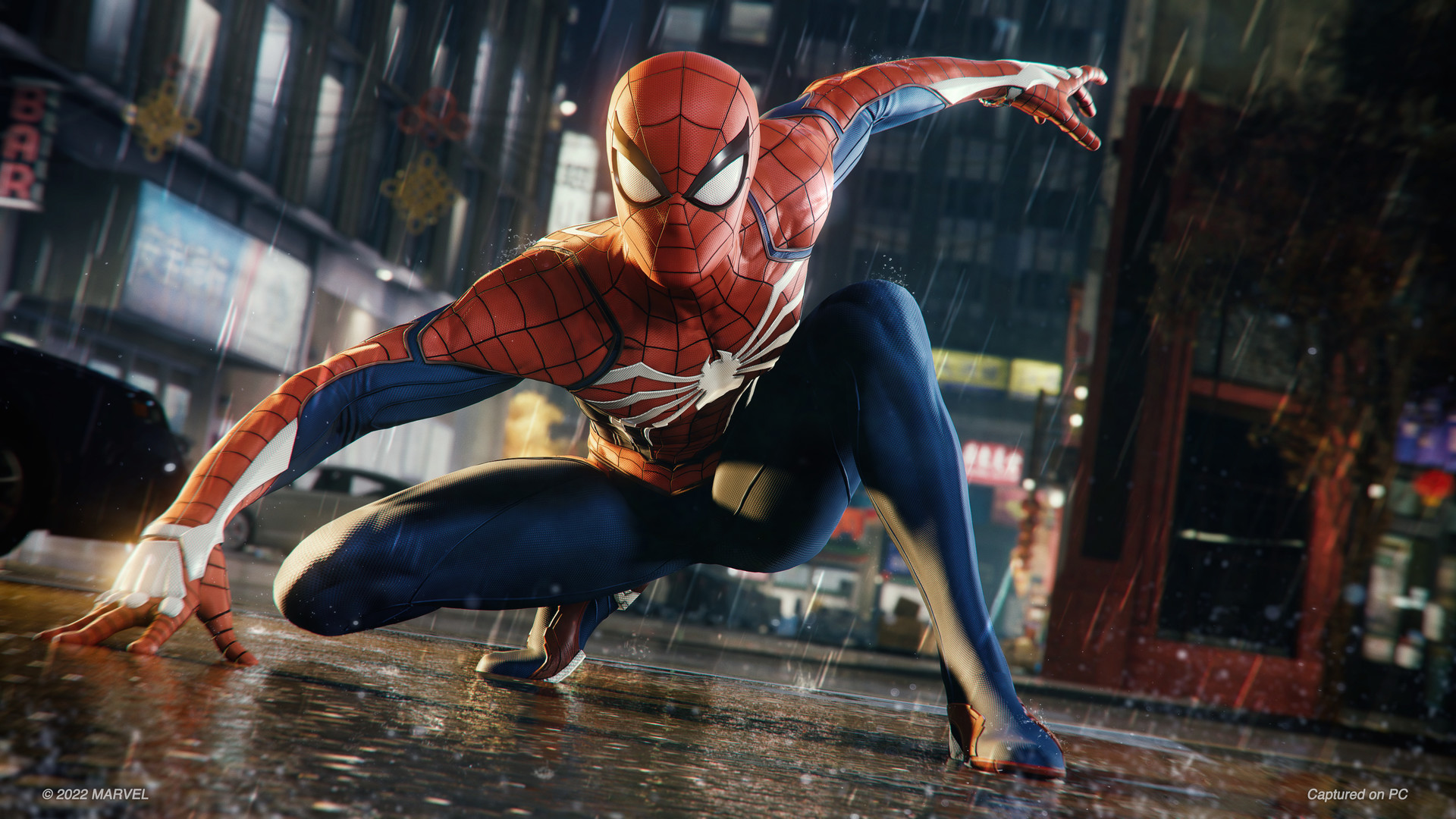 I wasn’t sure whether I should include this because it is a PC port or a PS5 remaster of a game that came out a few years ago on PS4. Barring the awful forced stealth nonsense in the game, I adore Marvel’s Spider-Man. Replaying it on PS5 was also great, and while I don’t think the DLC is as good as the base game, it is an amazing package. I was surprised at how well it runs on Steam Deck. It being verified by Valve for Steam Deck pre-release definitely was a good sign. Marvel’s Spider-Man Remastered is a fantastic PC port, and feels like a proper showcase of what the Steam Deck is capable of. 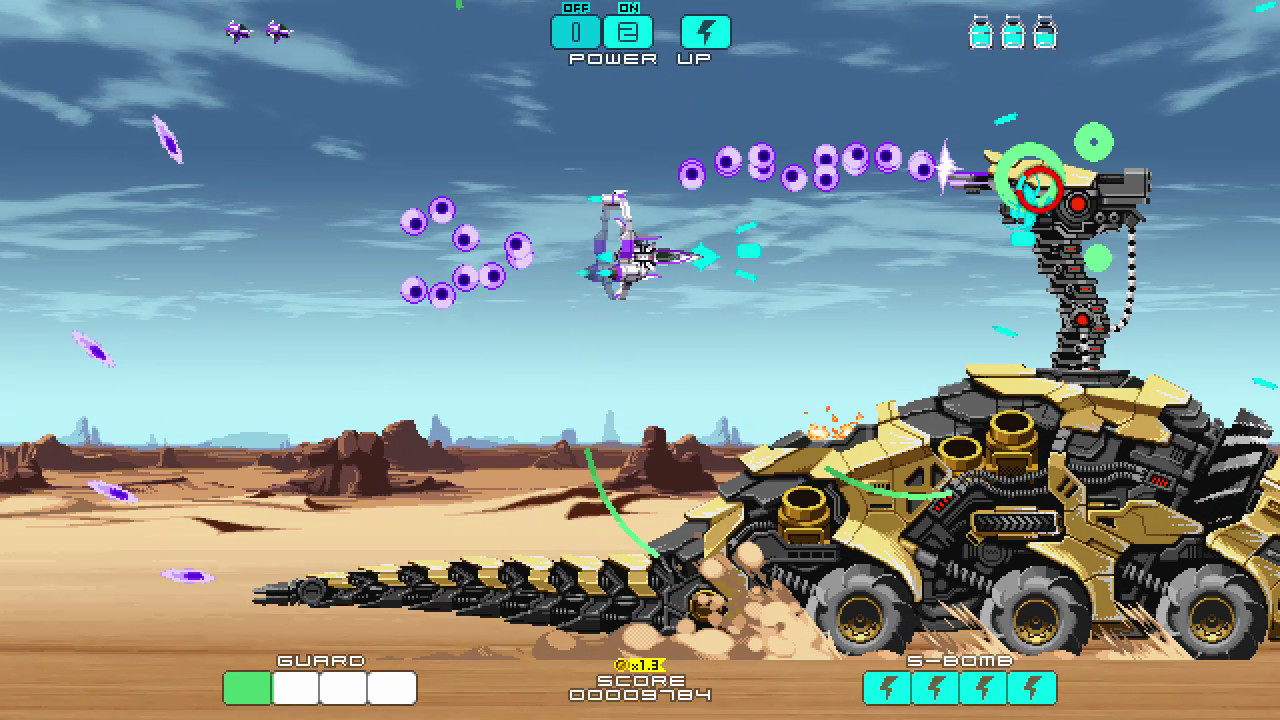 Drainus is a side-scrolling shoot ’em up that has you absorbing enemy bullets while piloting the Drainus. Team Ladybug already impressed me a ton with Record of Lodoss War: Deedlit in Wonder Labyrinth, but Drainus blew me away. It feels massively polished, and is a ton of fun to pick up and play. While the story isn’t anything to write home about, Drainus nails the gameplay and visuals. It also borrows the best of the genre kings while incorporating its own charm. As of now, it also hasn’t been ported to any console, but it runs perfectly on Steam Deck right out of the box. It will keep you coming back for more. 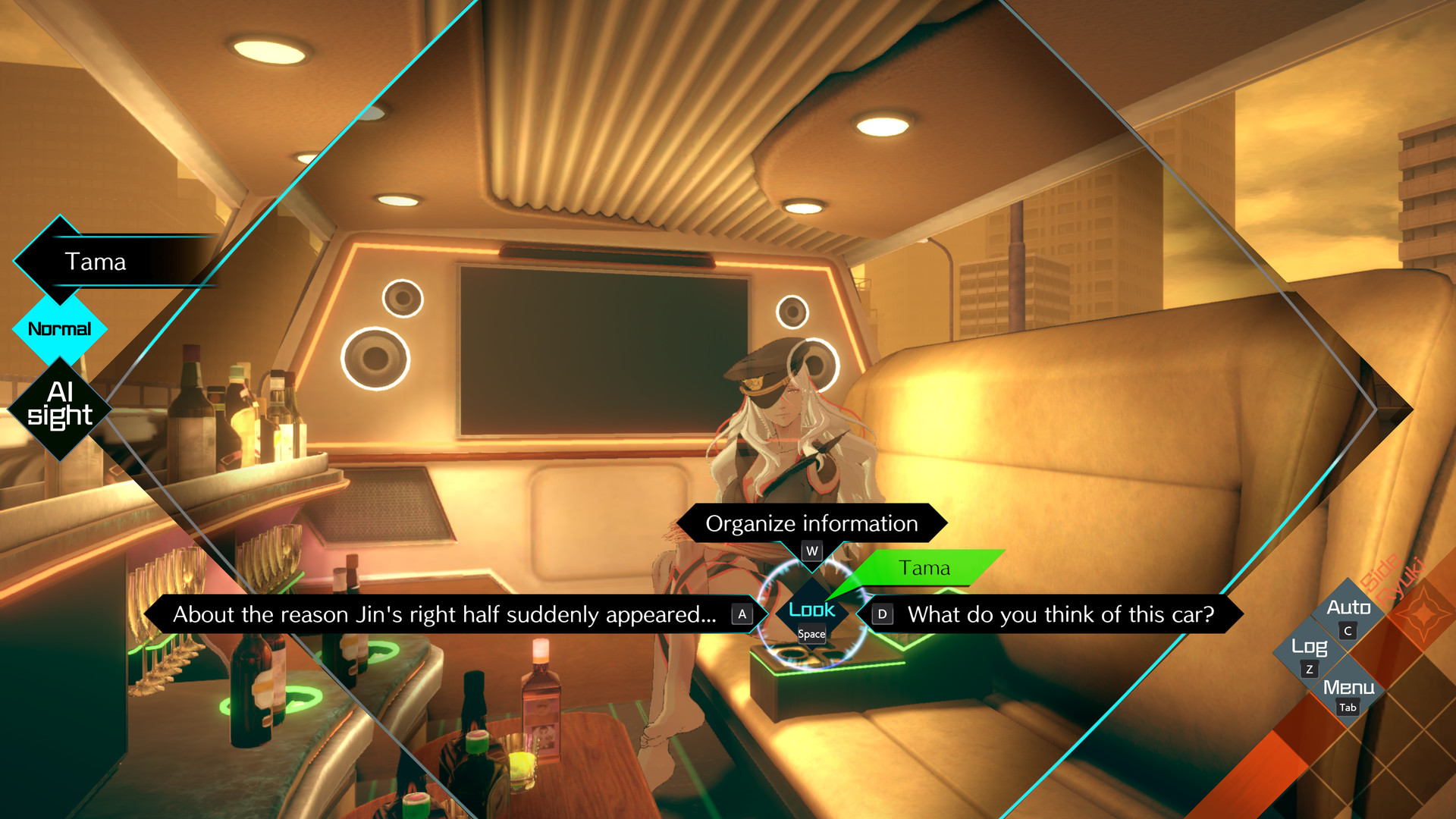 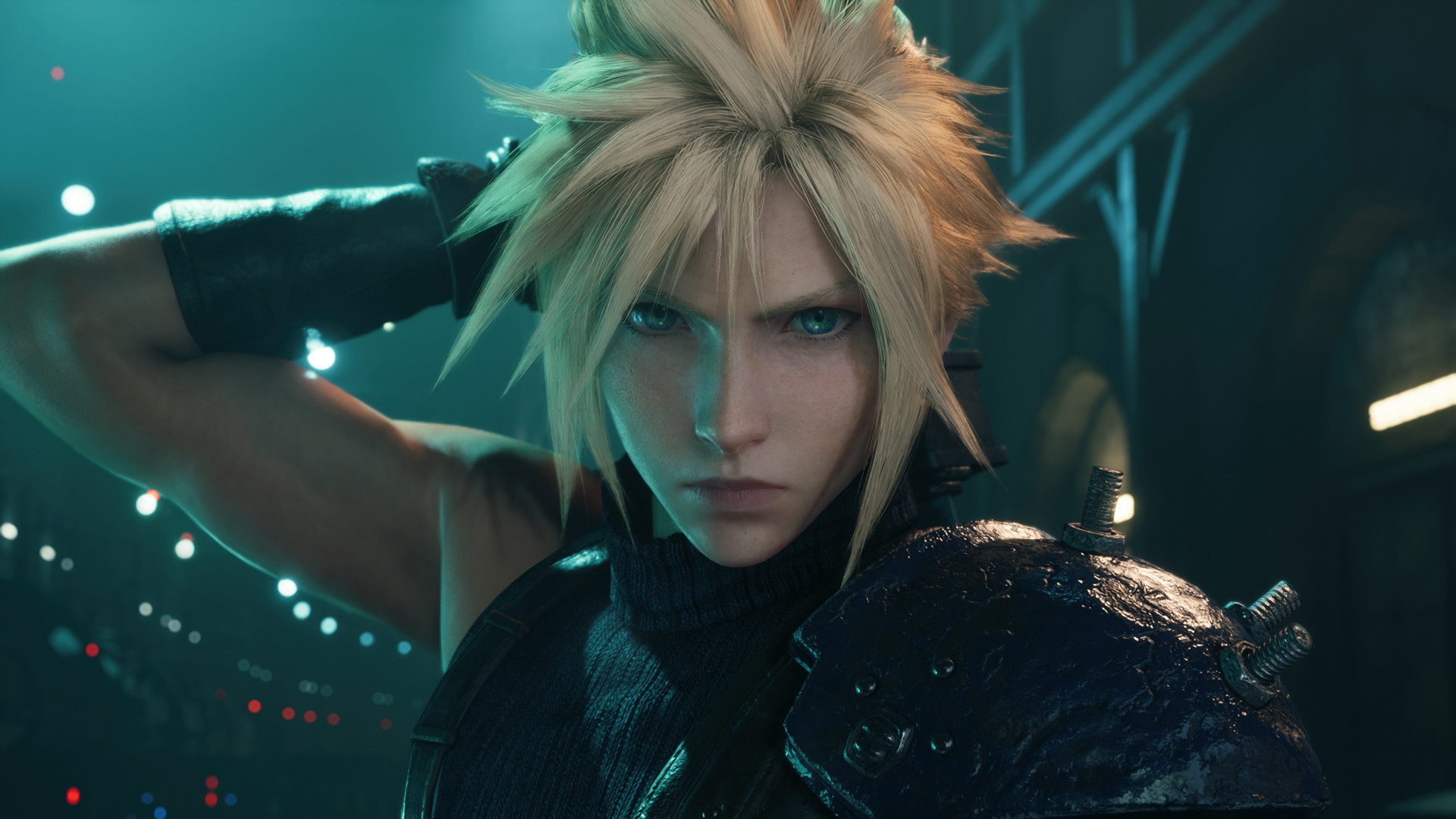 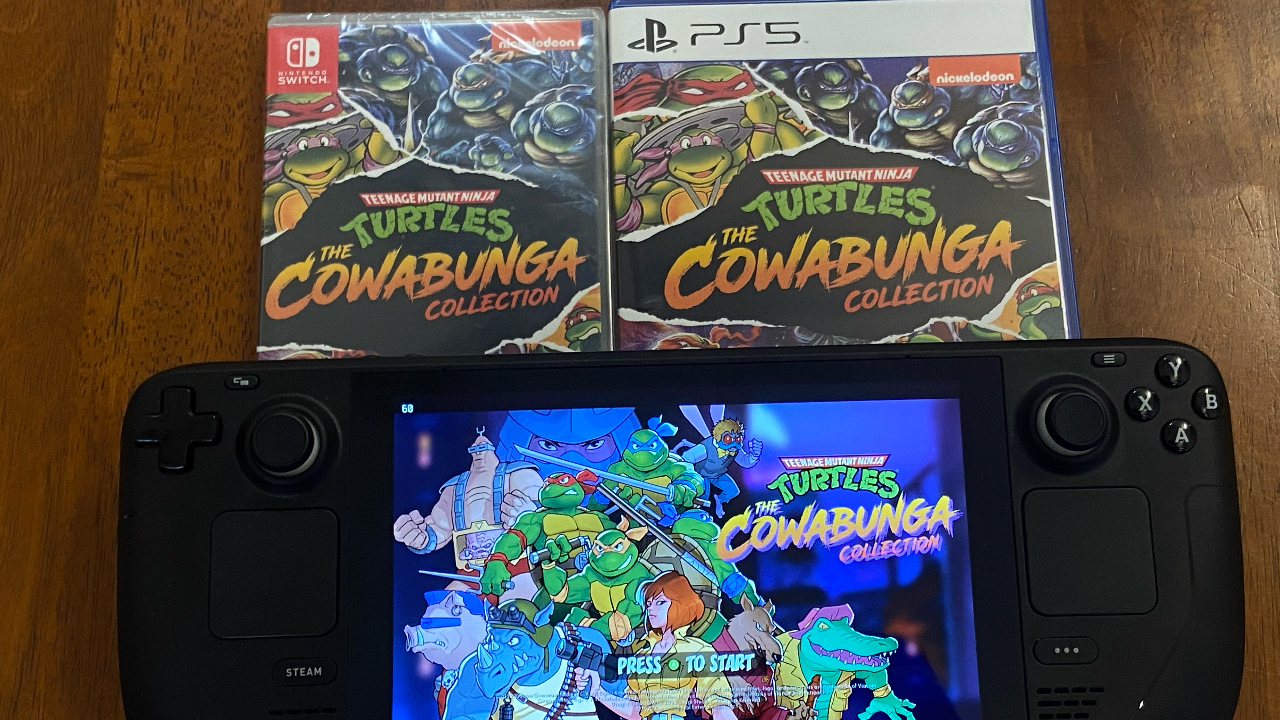 Teenage Mutant Ninja Turtles: The Cowabunga Collection literally released this week on PC and all consoles. I adored my time with it on Switch and PS5, but wasn’t going to pass up a chance to play it on Steam Deck. I grabbed it as soon as it released, and have had no issues with the games so far. If you’re a fan of older TMNT games, this is an essential, and it plays great on Steam Deck. If you aren’t sold on the collection yet, Shaun’s 5/5 review is worth reading. This is easily one of the best retro collections out there, and it is great to see it play so well on Steam Deck from day one.

Have you been enjoying a new game on your Steam Deck that you think I should’ve included? Let us know in the comments below.