It’s SwitchArcade Special Edition time again, friends. We’ve got another list of our favorite Switch games in a particular genre. Use it as a shopping list, some light reading entertainment, or whatever other purpose you can think of. This time around, we’re checking out puzzle games. It’s an incredibly wide genre, and I’ve opted to mix all sorts in here rather than break it down into sub-categories. As such, I’m sure there are many games you might like that aren’t on here. There’s a solution for that! Head down to the comments and let us know your favorite Switch puzzle games. It’s win-win. As always, the games aren’t listed in any particular order. Here we go! 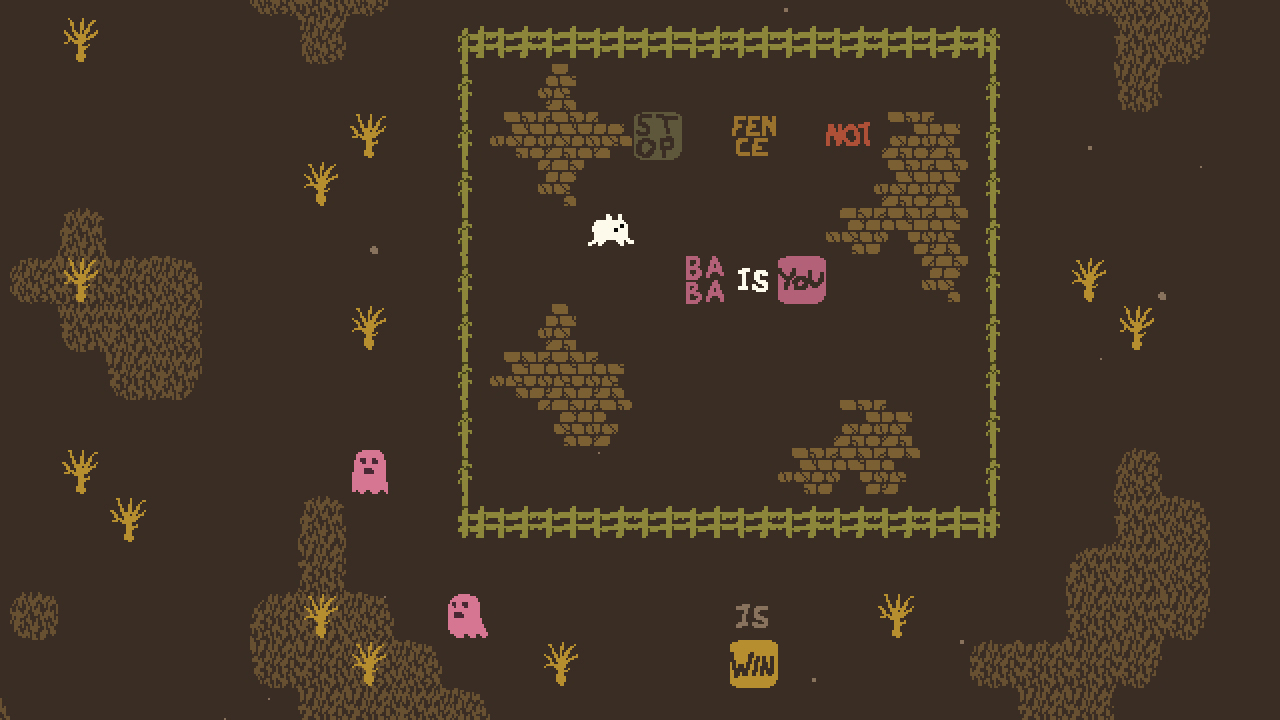 Some puzzle games are great to relax and zone out with. Baba Is You is not one of those. No, Baba Is You is going to require your full attention and concentration. It’s the cleverest twist on a Sokoban-style box-pusher that I’ve ever seen. Each stage challenges you to win, but what that entails can be completely different depending on the current rules. You can manipulate those rules by rearranging the words, and you’ll often have to think completely outside of the box to find a solution. This game will make you feel like an idiot 90% of the time and a genius the rest of the time. Utterly brilliant. 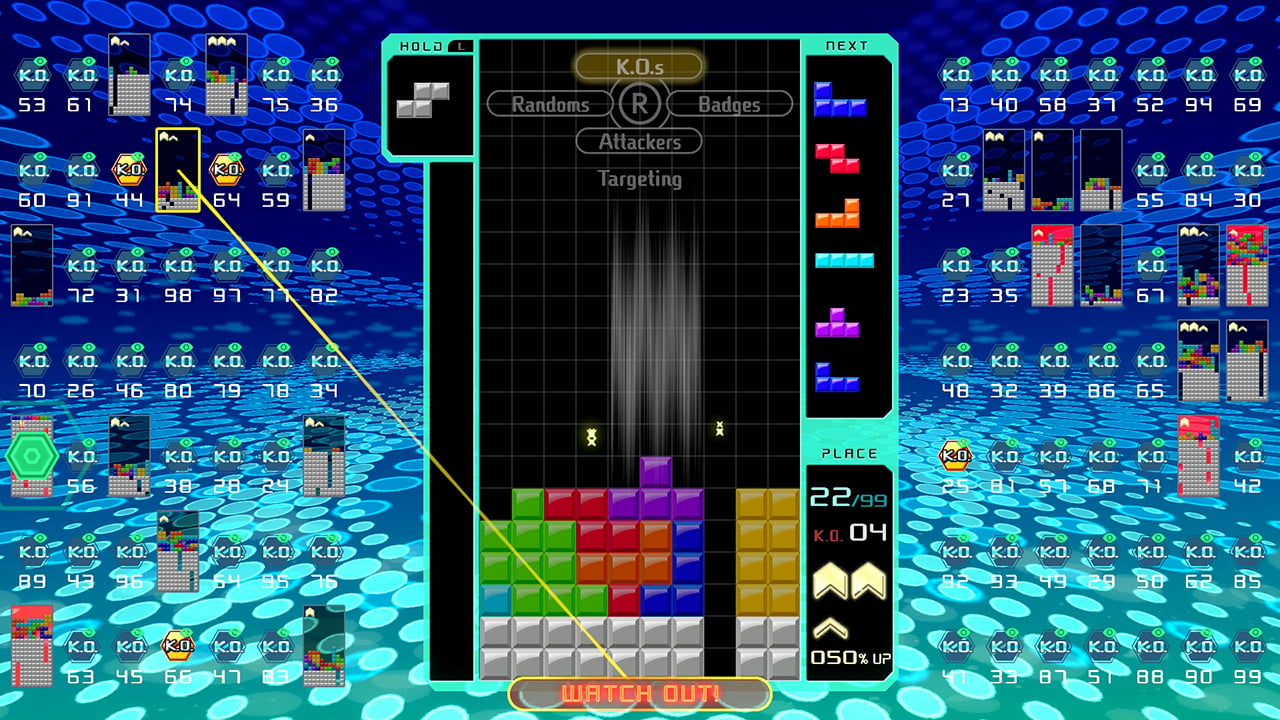 No list of great puzzle games would be complete without the most popular game in the genre. There are a few different ways to play Tetris on your Switch, but I think the best way is through Nintendo’s own Tetris 99. It started off as a pure multiplayer title, a ridiculously enjoyable Battle Royale take on the concept. That part of the game is free to play for Nintendo Switch Online subscribers. Later on updates added a nice selection of offline modes via paid DLC that you can enjoy when you’re on the go. There are lots of unlockable themes but ultimately what makes this the pick of the litter is in how it feels to play. Nintendo has always hit the nail on the head when it has worked on the Tetris series, and this may be its finest effort yet. 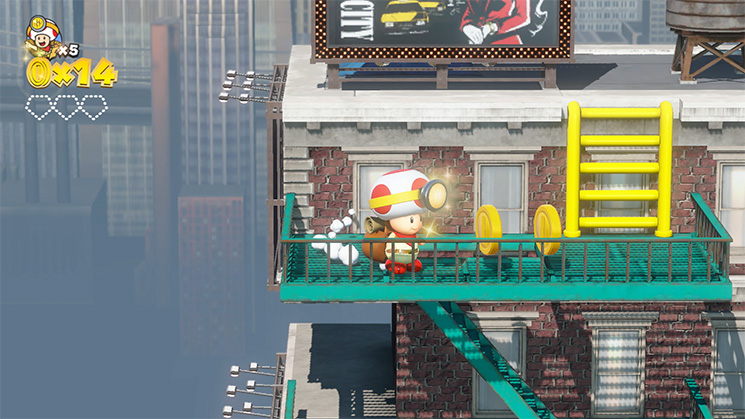 Ready for adventure! There are a lot of great things about Super Mario 3D World, but among the coolest of its new ideas were the levels starring the stalwart Captain Toad. They proved popular enough that Nintendo created a whole game built around the concept. You’re presented with diorama-like stages where you need to seek out treasures and reach the goal. It would be an easy matter for the agile Mario, but Captain Toad’s pack is heavy and he can’t jump at all. You’ll have to make clever use of the gimmicks of each stage, keep a sharp eye out for tricks, and move with quick timing to avoid hazards. This Switch version includes the base game, the new Super Mario Odyssey-inspired stages, and is the only version of the game to offer the DLC that adds even more fun things to do. It’s not terribly difficult even at its hardest, but it’s a rather nice way to spend a weekend or two. 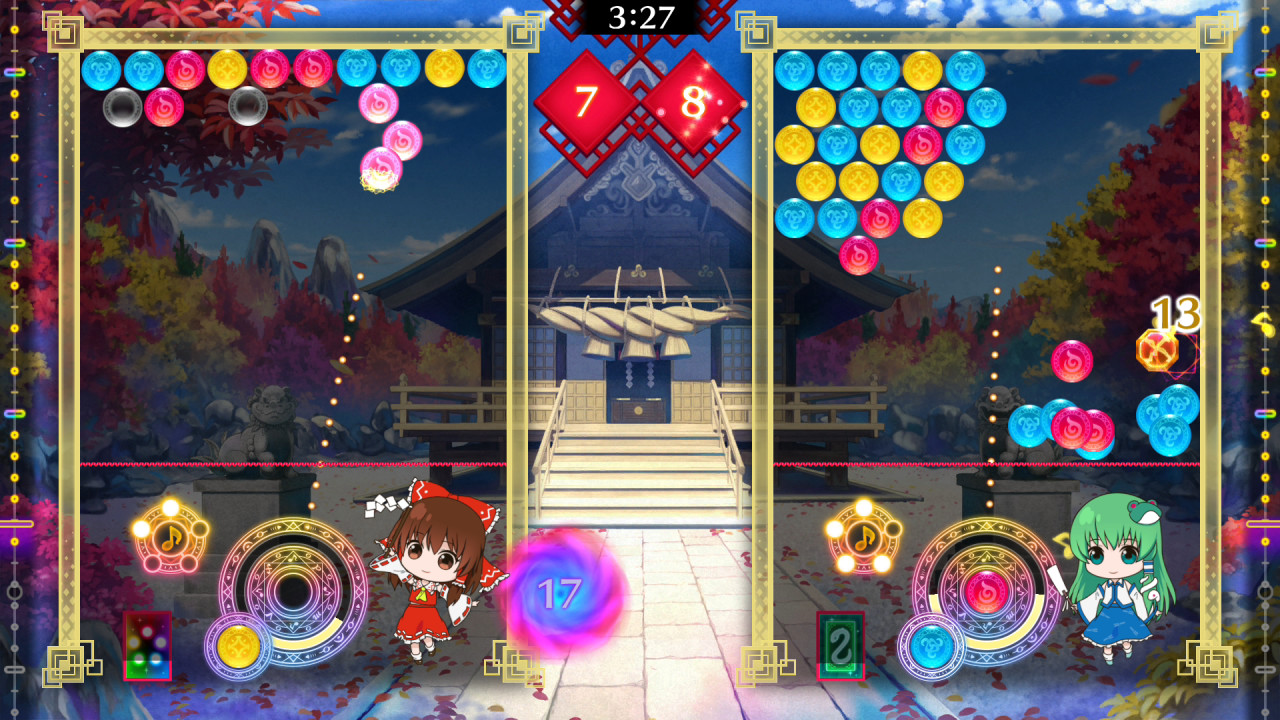 Somehow this is the most expensive game on this list, and I understand that it can be hard to convince people that a matching puzzle game is worth full-price in the current year. But Touhou Spell Bubble does its best to justify its price with compelling gameplay that builds on the classic Puzzle Bobble series, an enjoyable story mode, a killer soundtrack that ties into the mechanics, and tons of unlockable goodies. The only thing it’s missing is an online multiplayer mode, and that is admittedly a big omission given what a blast the local multiplayer mode is. It’s both a great puzzle game and an excellent means of entering the rather complicated world of Touhou Project video games. 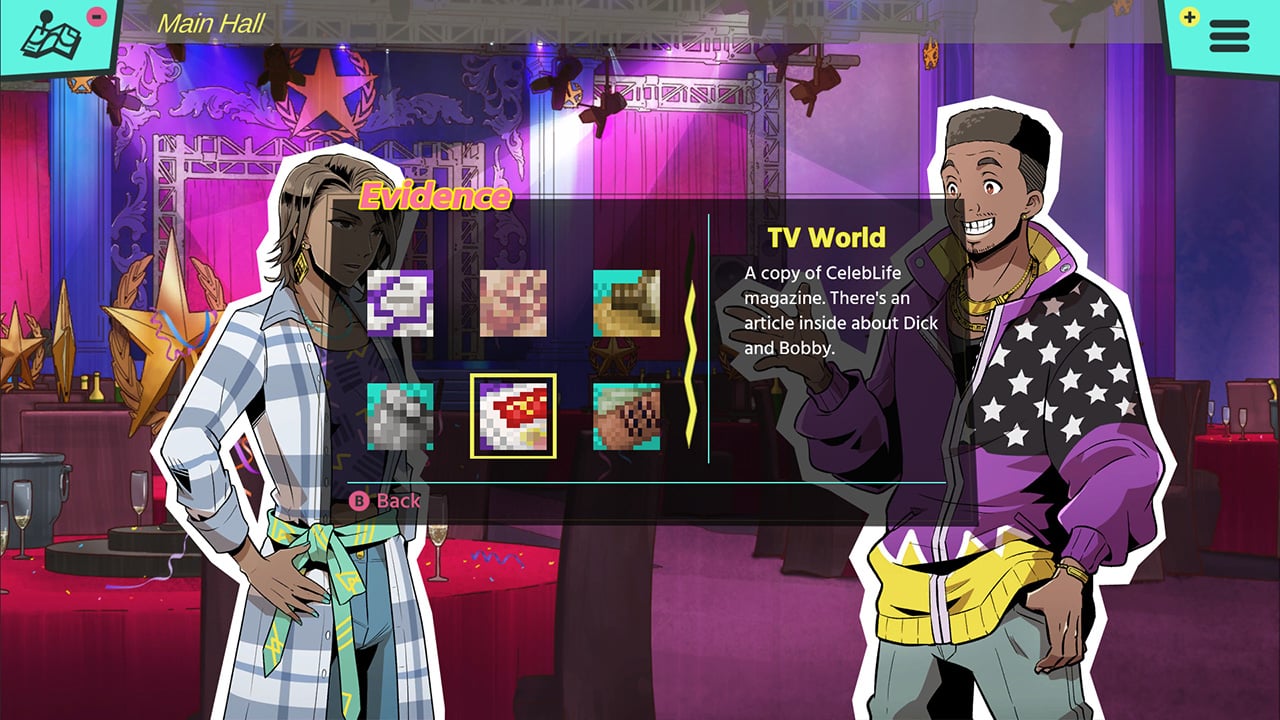 I remember when we used to have to get by with a single Picross-style game for a whole console generation. Now, we’re absolutely swimming in the things. If you find yourself needing a little something extra to go with your logic puzzles, you’ll want to give Murder By Numbers a look. It combines Ace Attorney-style adventure scenes with Picross-style puzzles, and while it’s not always the smoothest blend it turns out to be rather excellent on the whole. The puzzles are satisfying to solve, and the story is quite well-written on top of that. Another good one to chill with if you need to relax after a hard day of battling ninjas. As one does. 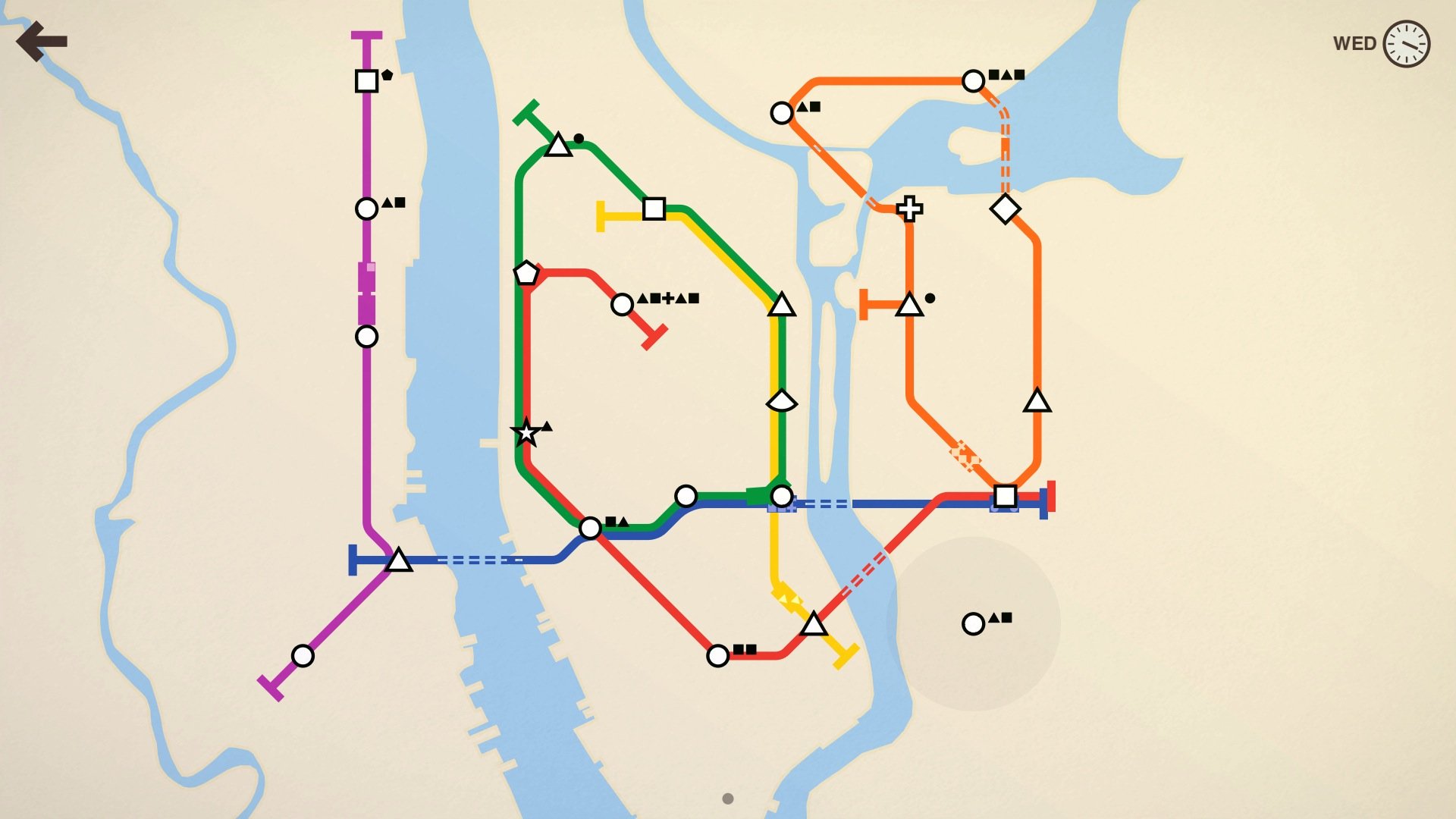 This stylish little number puts you in charge of the train systems in a bunch of cities around the world. It’s part time management and part strategic planning as you try to serve all of the stations without any of them getting overcrowded. At first it’s rather easy, as you’ll only need to handle a small number of stations and passenger types, but the longer you play on each map the more demanding things become. Each week you survive, you’ll have to pick between useful assets to help you keep those plates spinning. Both unique and compelling, Mini Metro will keep you playing for hours on end. 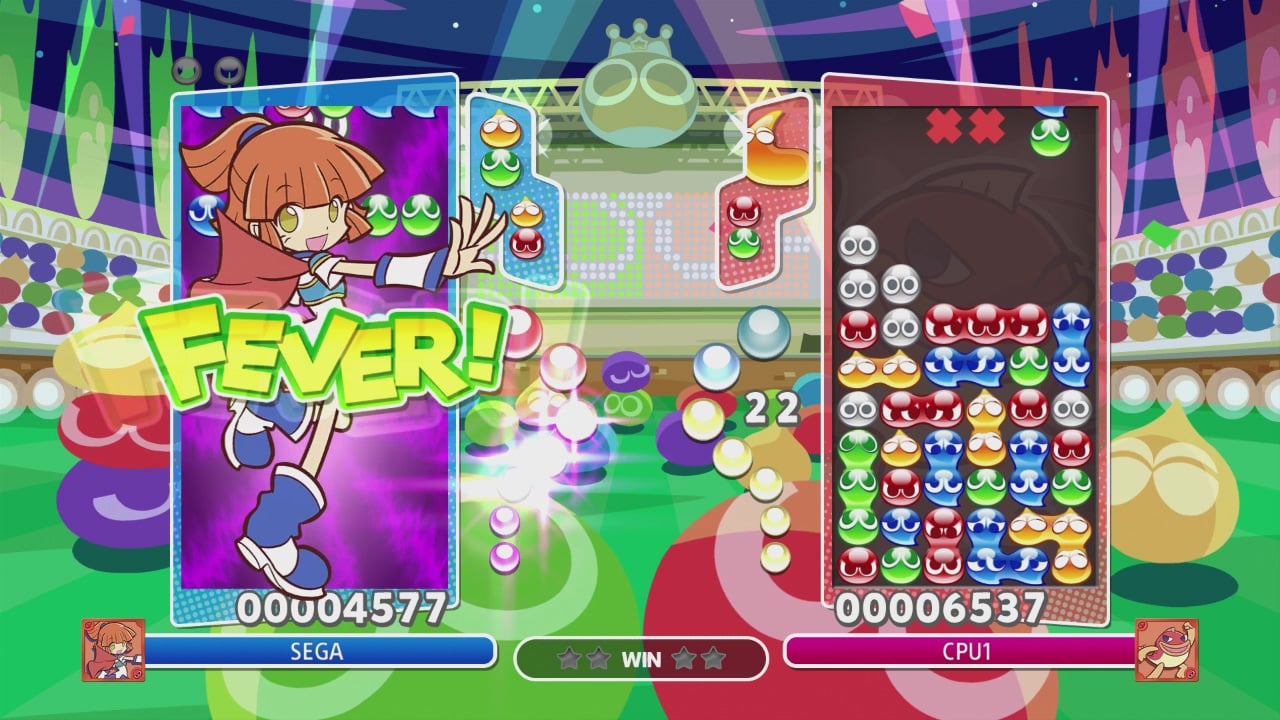 While it has only recently picked up in popularity in the West, Puyo Puyo has long been a staple of the competitive puzzle game scene in Japan. While it can be a little tough to wrap your head around if you’re coming in from Tetris, once you get the hang of setting up and firing off combos you won’t want to put Puyo Puyo down. Puyo Puyo Champions is focused on creating the best possible multiplayer experience and is a bit light on single-player content as a result. It will teach you how to play and it has a bunch of puzzle stages and challenges to clear, but you’ll eventually want to take your skills against other players to get the most out of this one. There are lots of multiplayer modes and options, and you can choose to play under the rules of Puyo Puyo 2 or Puyo Puyo Fever, the two most popular versions of the game. 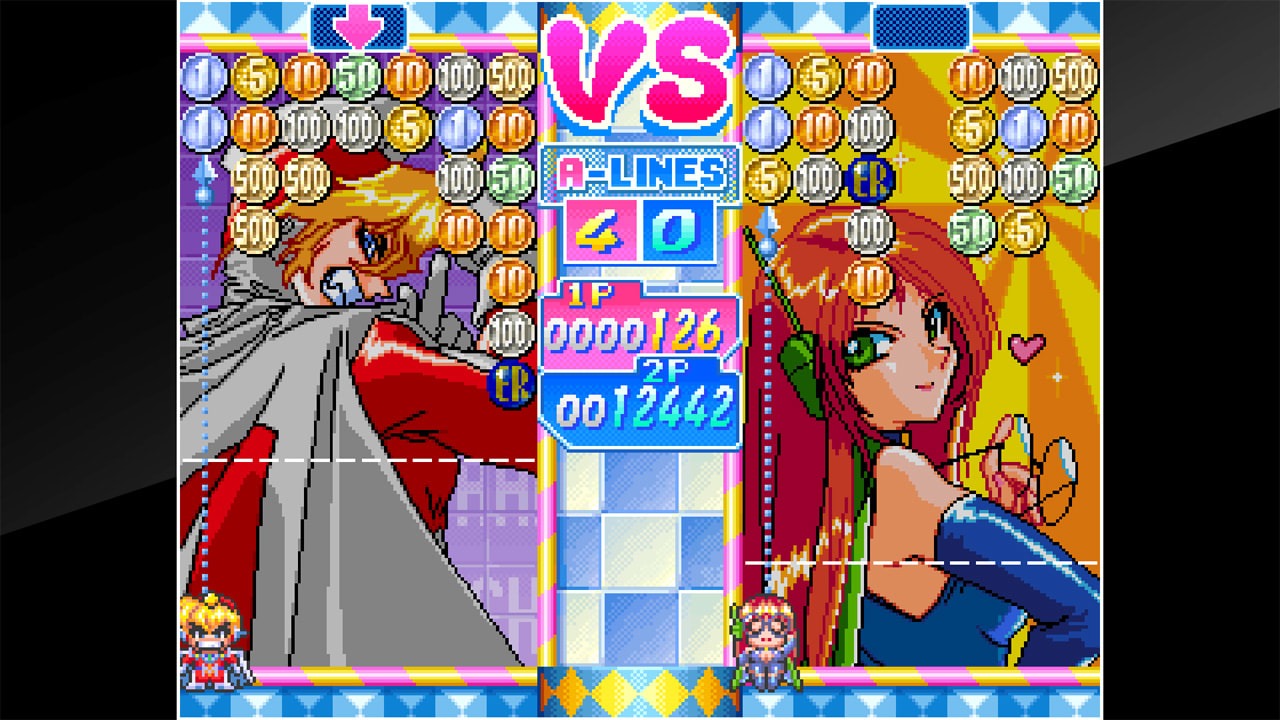 Hamster’s Arcade Archives series has a lot of fun puzzle games to discover from the various eras of arcade gaming. One of my favorites is the scarcely-seen NEOGEO puzzler Money Puzzle Exchanger, sometimes known under the title Money Idol Exchanger. The idea is that you need to stack coins to create larger denominations until you’re able to match two 500-coins, which will clear them from the play area. It’s quite similar to Magical Drop, but something about this one clicks just a little better for me. As with many matching puzzle games from the 1990s, the real meat of the gameplay comes from setting up combos. Plan things properly and you’ll be able to watch as huge portions of the screen are swept away, much to the detriment of your opponent. Fair warning on this one: the CPU opponent gets very nasty, very quickly. 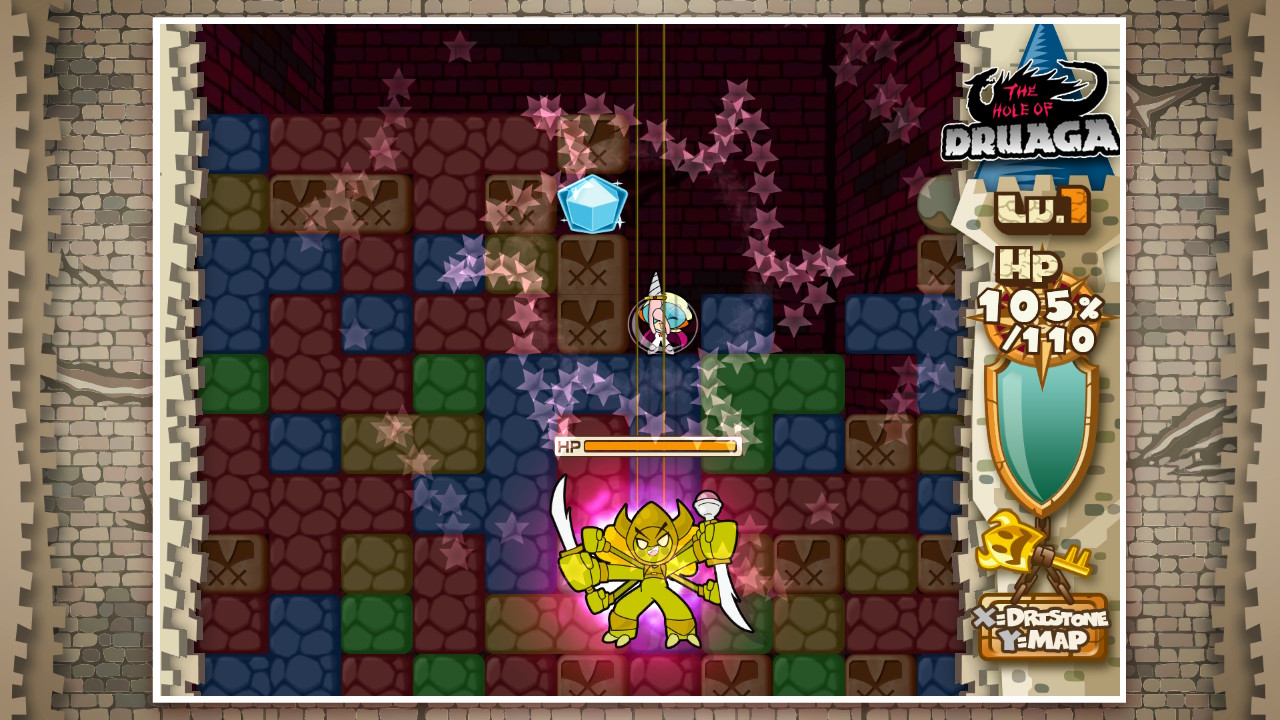 There are a number of Mr. Driller games out there, as for a while Namco was pretty serious about putting it on almost every platform. Seriously, it was one of just four games the company put out on the Dreamcast. Mr. Driller DrillLand, originally released on the Gamecube, may well be the best of them. Lucky us, it’s also the one that Namco chose to bring to the Switch. It includes a number of variations of the core digging gameplay under the premise that Mr. Driller now has his very own theme park dedicated to him. This set-up not only helps to lend the game much-needed variety, it also serves as a nice motivation to keep playing. There are lots of fun things to unlock, some interesting things to read, and some silly events that are only there to keep the theme park idea going. The robust single-player content is backed up by some highly enjoyable multiplayer action. 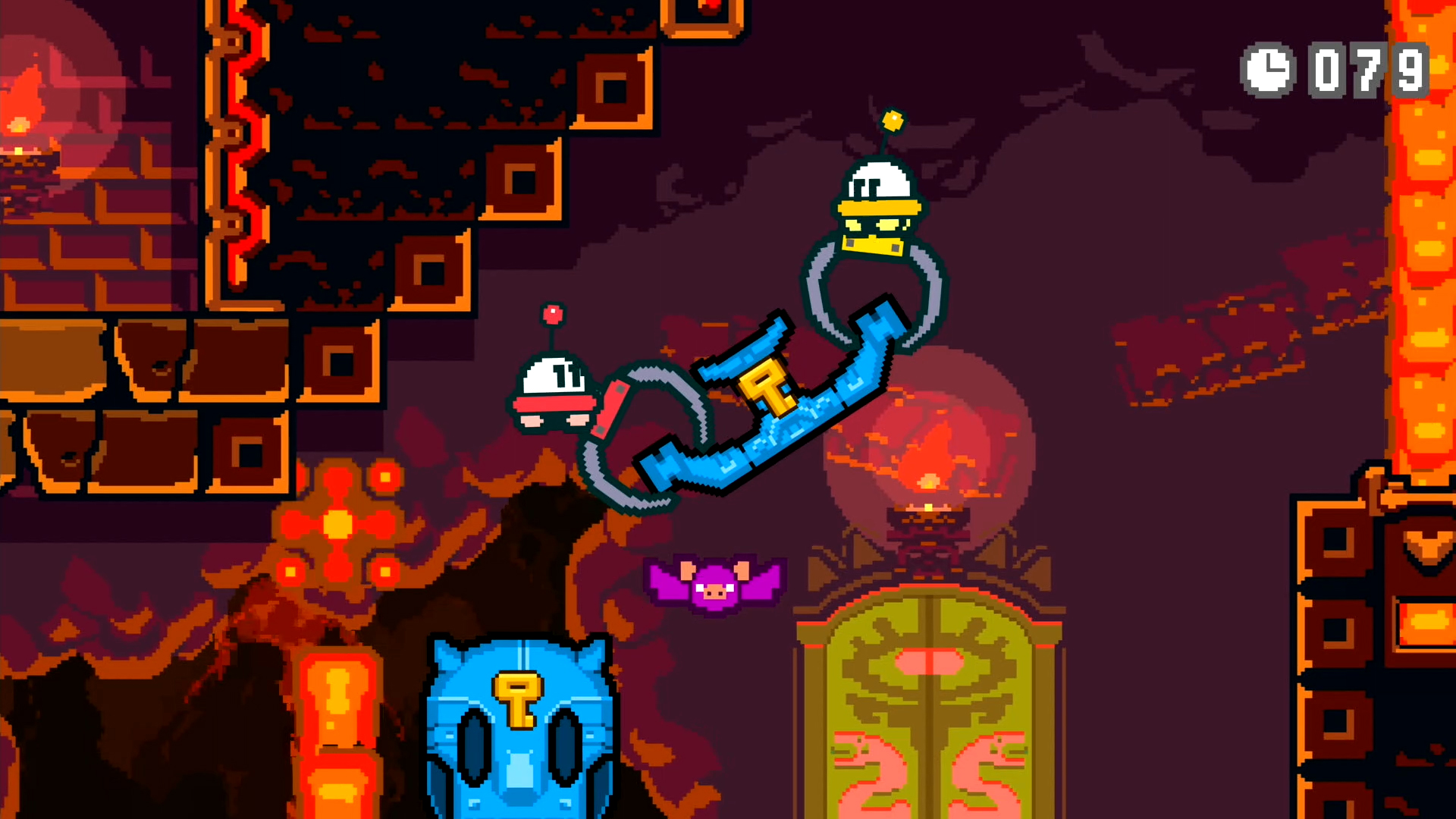 It’s a tough world out there. Even UFOs need to get jobs these days. Help one little UFO make ends meet in this incredibly adorable game. The core premise sees you picking things up and taking them somewhere else, a task that can be simple or virtually impossible depending on the size, shape, and weight of the object in question. It builds on this basic idea by having you perform various tasks like stacking objects, grabbing specific types of objects, or simply trying to fit everything in a container that seems like it shouldn’t be able to hold it all. There are also some fun secrets to find on each job, rewarding you for experimenting. It’s another unique title that offers a specific flavor of joy you won’t find anywhere else.