We’ve got another list of the best of the best for you in today’s SwitchArcade Special Edition, friends. This time, we’re taking a look at our favorite beat-em-up games on the Nintendo Switch. Just to clarify exactly what we mean here, these are games where the primary gameplay involves walking through stages and cracking the heads of the many goons you meet along the way. Also known as brawlers or belt-scrollers, depending on where and when you hail from. We’re not including one-on-one fighting games, as those have their own list. The games are presented in no particular order, and are simply our favorites in the genre. Feel free to share yours in the comments. 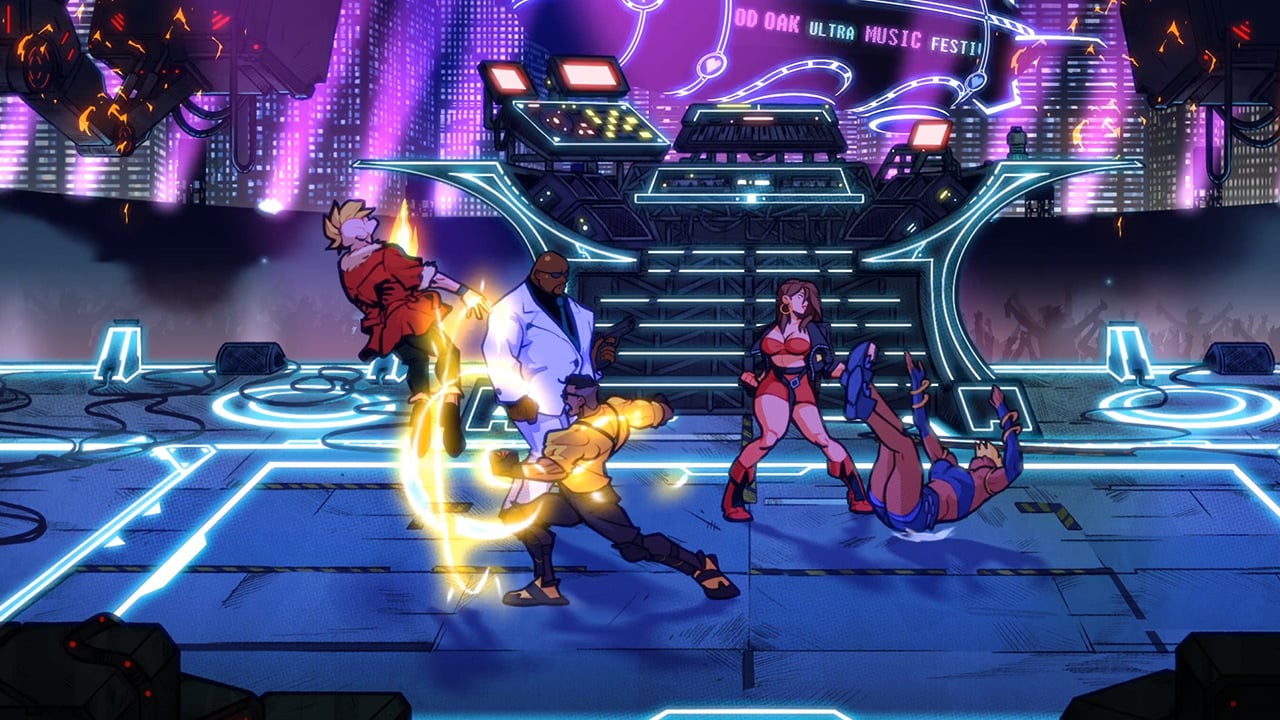 SEGA fans waited more than two decades for another entry in the Streets of Rage series, and when it was finally announced, people were skeptical. It wasn’t using faux-retro pixel art. Neither SEGA nor Ancient were developing it. How could it possibly live up to the legacy of the series? And then it came out, and pretty much everyone was satisfied. Street of Rage 4 succeeds in both paying respect to its roots and being a fantastic example of where beat-em-ups should be in the modern age. It looks and sounds amazing, it plays like a dream, and there’s enough variety to keep you coming back for more. 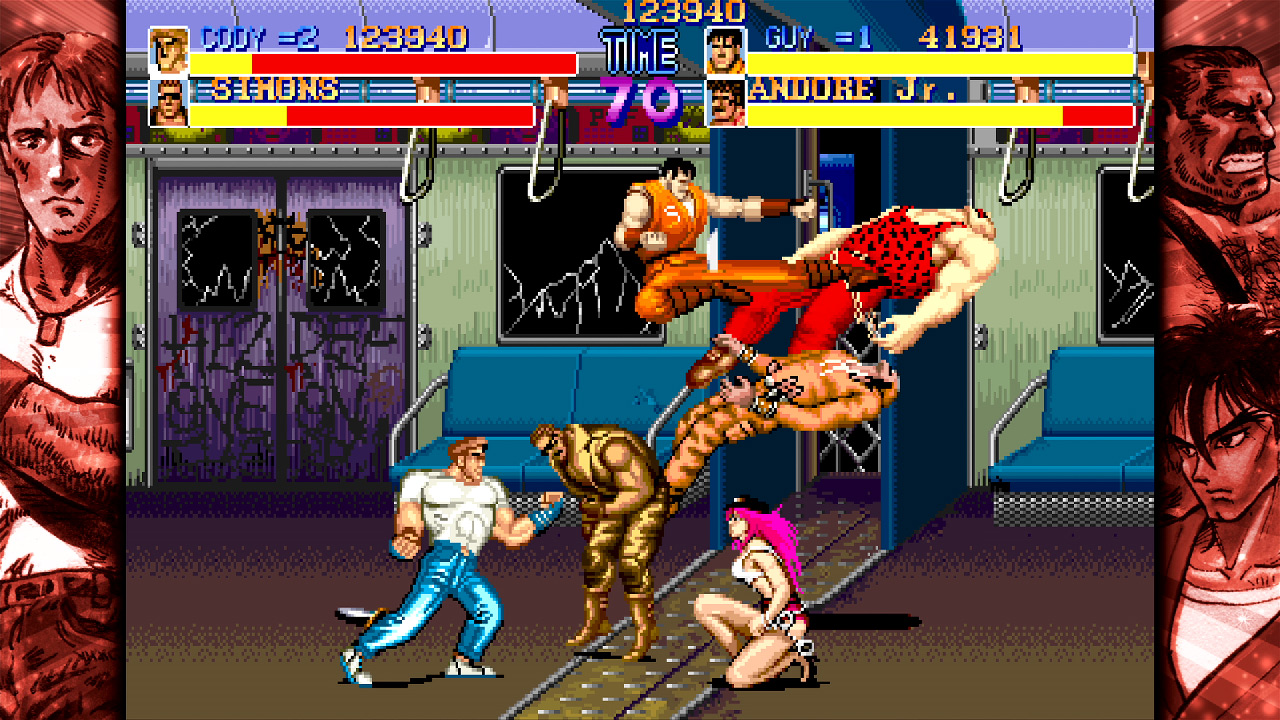 The beat-em-up genre has had a bit of a comeback in recent years, but there was a time where it was one of the dominating forces in gaming. And during that time, one of the best creators of such games was Capcom. The Capcom Beat ‘Em Up Bundle packs seven of Capcom’s finest arcade brawlers together, adding features like online multiplayer, the ability to choose your preferred region for each game, and an excellent art gallery. But it’s the games themselves at the center of it all. Final Fight was one of the big early stars of the genre, while later titles like Armored Warriors and Battle Circuit show just how far Capcom pushed things over the years. This set is an amazing value for those looking to relive the arcade days of old. 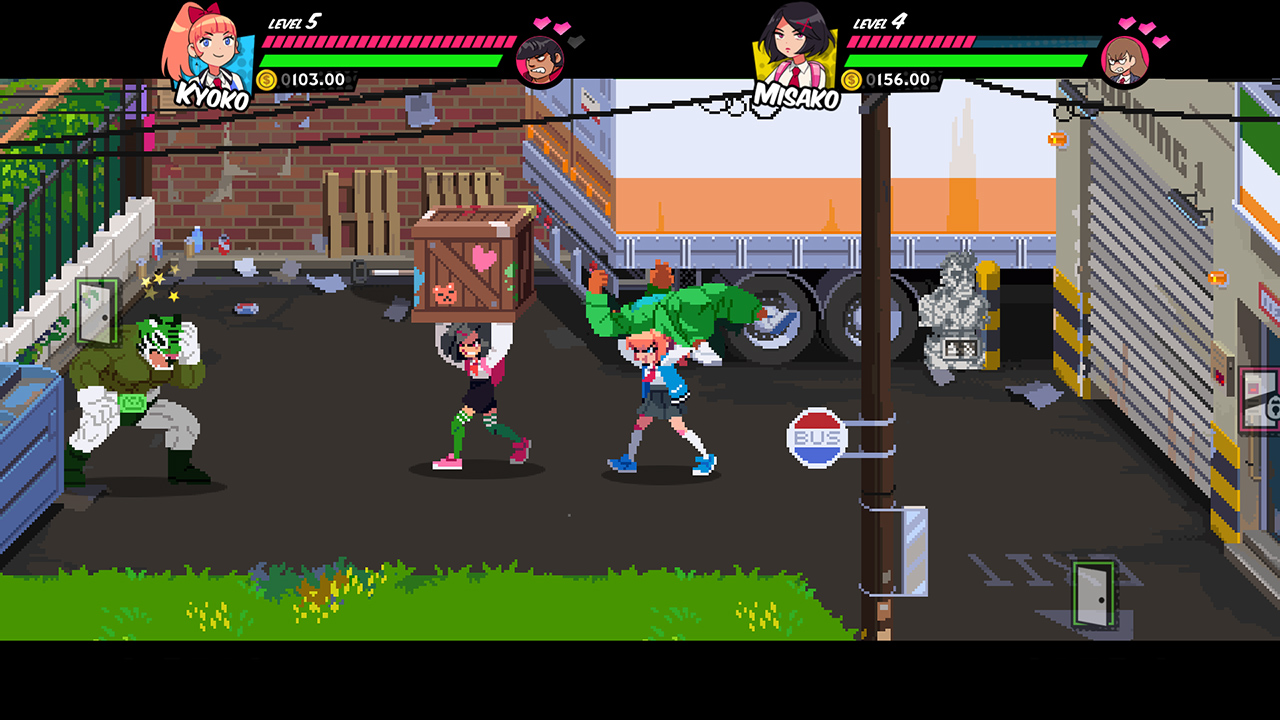 Another example of a modern sequel to a classic franchise, River City Girls eschews the traditional designs of the Kunio-kun/River City gang in favor of some gorgeous, amazingly animated new ones. The soundtrack matches up to those visuals, too. As for the gameplay, it’s an earnest attempt to expand on the template River City Ransom set down all those years ago, and while I don’t think it’s a total success, it’s certainly a lot of fun. It doesn’t hurt that the game is jam-packed with Easter Eggs and sly references to past games in both the Double Dragon and Kunio-kun/River City series. 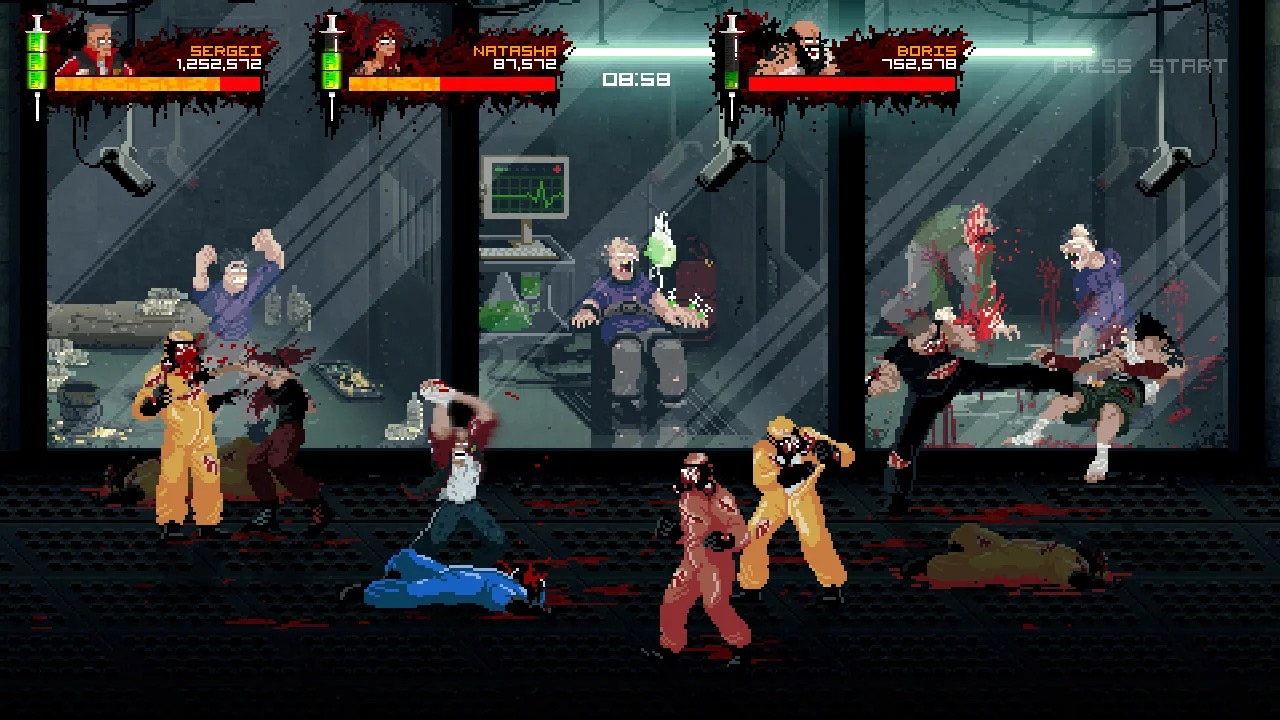 In contrast to the cartoon vibe of Streets of Rage 4 and River City Girls, Mother Russia Bleeds is very, very dark. Unpleasantly so at times. The enemies you defeat don’t just fall down, flicker, and go away. They die in grisly fashion, and even more so when you jack yourself up with some drugs. The story is as dark as the visuals, too. If you’re okay with that type of content, you’ll find an excellent beat-em-up here. The action is solid, and you’re always running into new situations that demand new tactics. I’m not a big fan of how some of the final battles go down, but apart from that this is a unique, immensely satisfying entry in the genre. 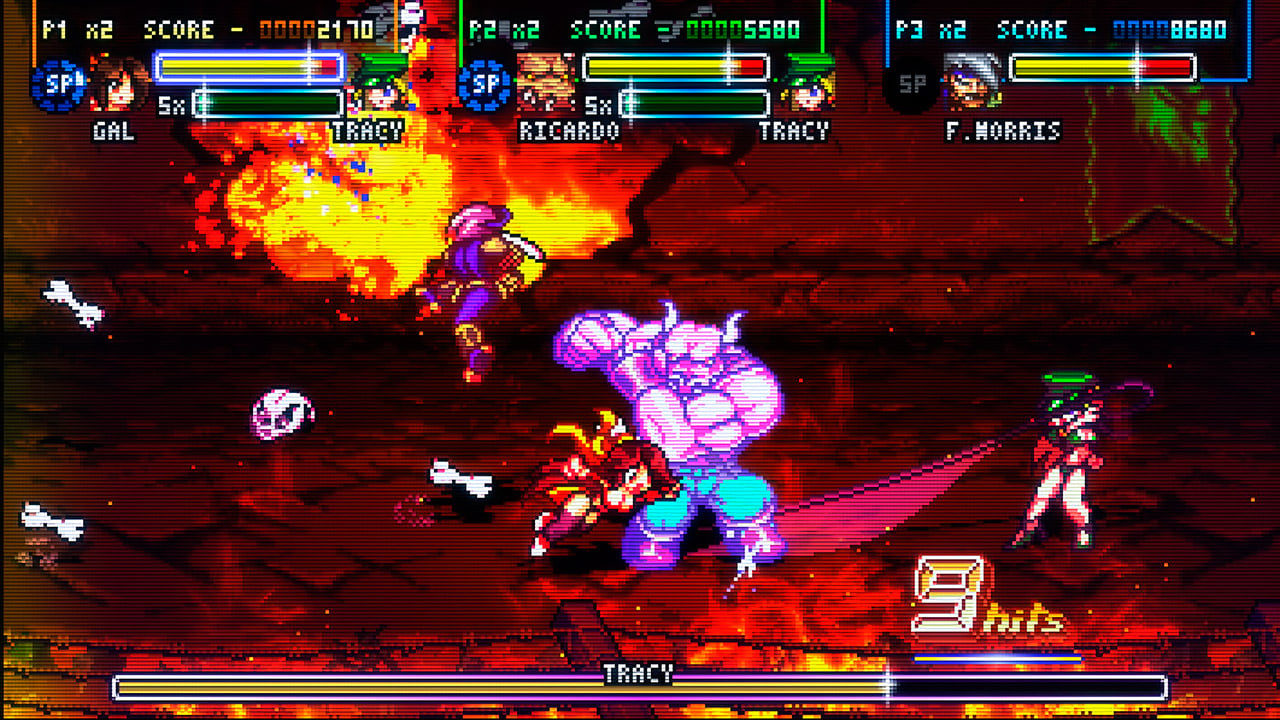 If you don’t think about it too hard, it might seem like an easy task to make a beat-em-up that at least plays well. But as with every genre, there’s a lot going on under the hood of a good beat-em-up. Things that are virtually invisible to the player, but are absolutely crucial to how much fun the game is. Fight ‘N Rage gets those things where so many other games fail. The fighting has both depth and oomph, the enemies use an interesting variety of tactics without being cheap, and while the presentation may not be as gorgeous as some games, it nails down the style it’s aiming for. One of the best things about a good game in this genre is the way your stress melts away with every hit you land, and Fight ‘N Rage is a fantastic way to do that. 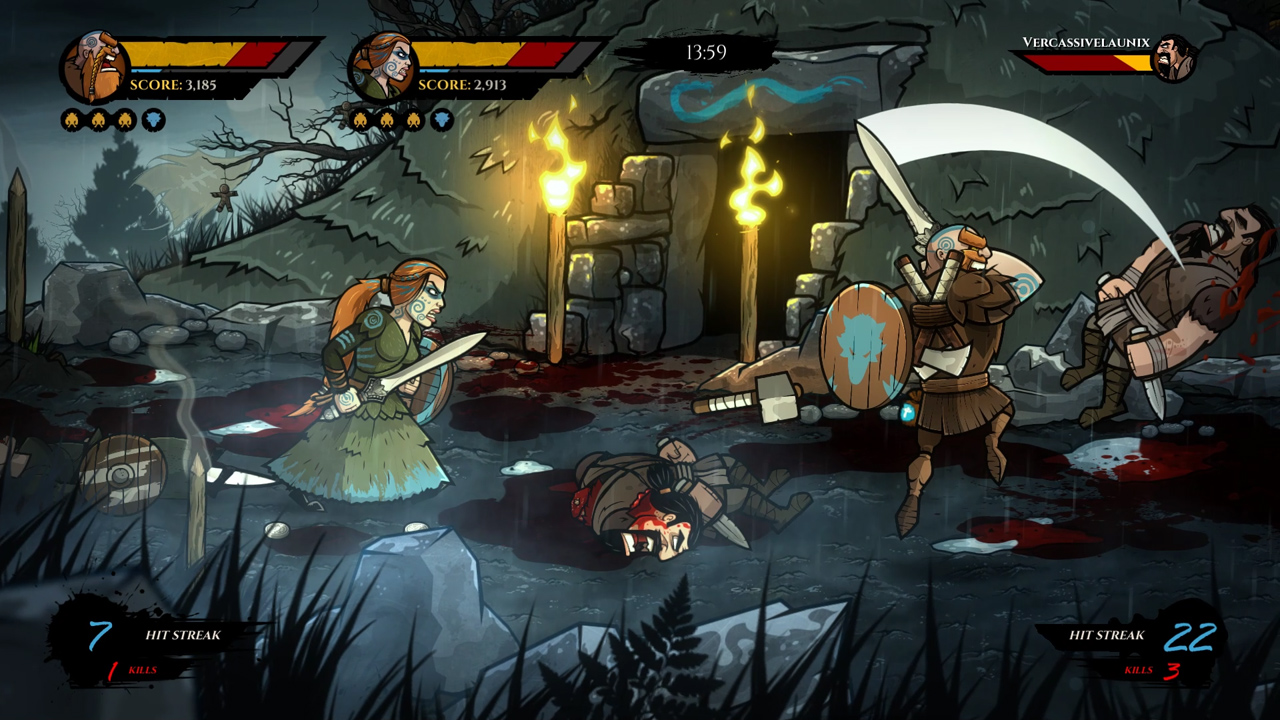 Double Dragon, River City, Final Fight, and Streets of Rage loom large in the beat-em-up genre. It’s little surprise that many modern efforts follow in their thematic footsteps, having you make your way through city streets fighting gangs. SEGA’s Golden Axe was another major name in the genre back in the day, and relatively few modern brawlers offer a similar vibe. If you’re looking for a modern game about ancient warriors doing violence on their opponents with deadly weapons, Wulverblade has your ticket. This is another very violent entry in the list, so be aware that the limbs will fly as you swing those mighty blades of yours. 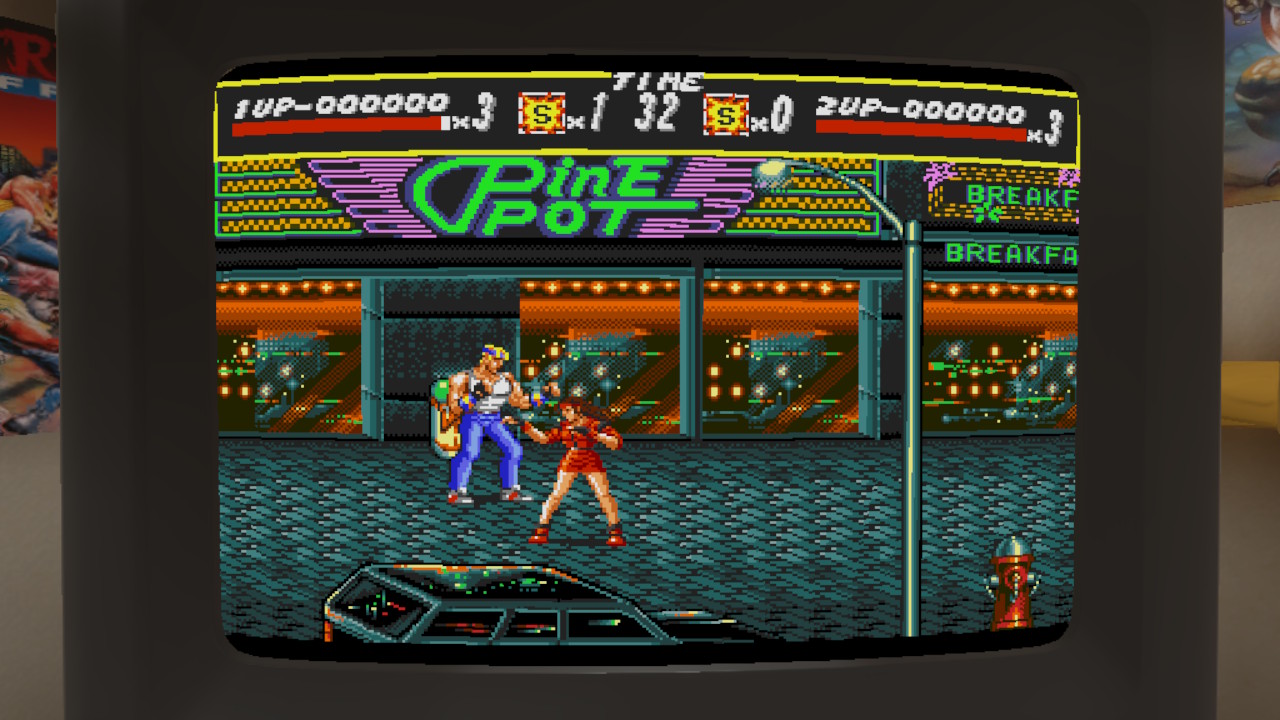 Speaking of Golden Axe, here’s another compilation that I simply couldn’t leave off the list. This set has something like fifty games on it, and while only a fraction of them are beat-em-ups, they’re some of the all-time greats. The Streets of Rage trilogy, the Golden Axe trilogy, Alien Storm, and Comix Zone will keep you kicking butts and taking names for hours on end. Save states and online multiplayer do what they can to add some modern conveniences to these vintage titles. While this collection’s emulation is far from perfect, it’s less of an issue in beat-em-ups than it is in, say, high-speed platformers. It’s a great way to revisit old favorites or play some of the best games in the genre for the first time. 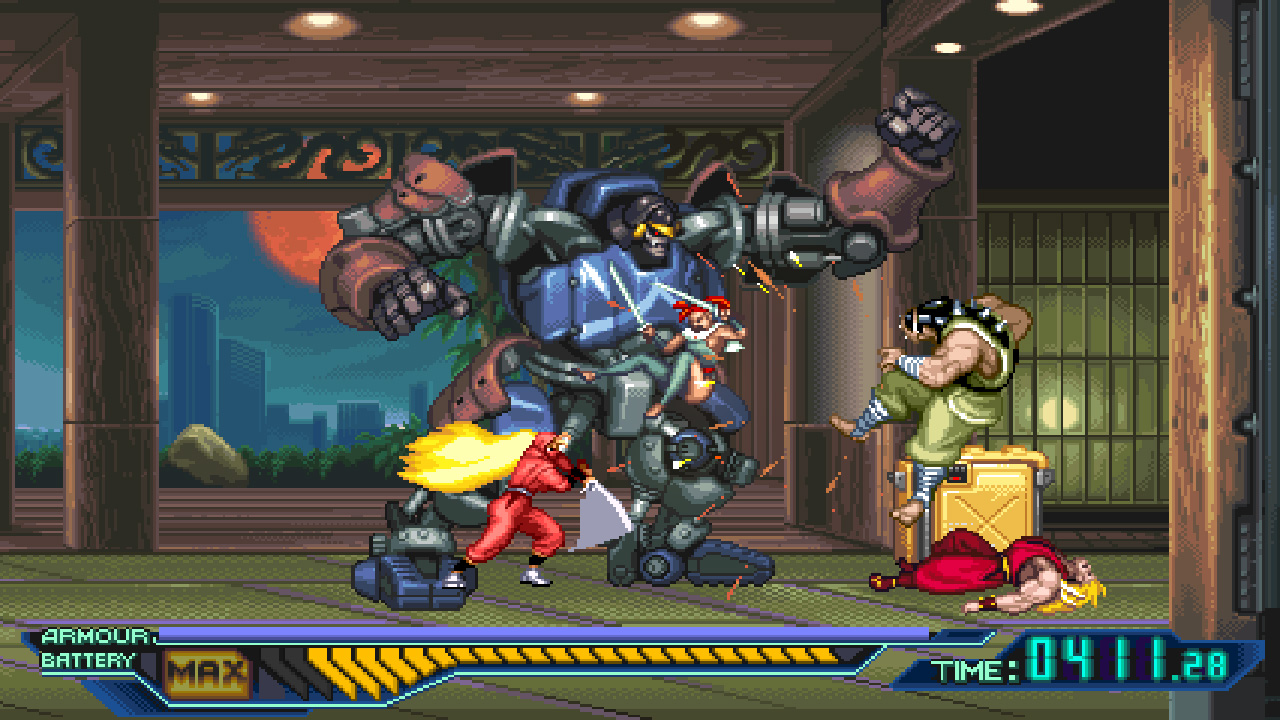 Every game in this list except for this one uses a skewed perspective that allows you to move around in all directions. The Ninja Saviors sticks to a single plane, but you’ll never feel lacking in options for both attack and defense. Choose one of five robot ninjas and take the fight to the forces of evil in multiple stages of escalating action. Your character grossly overpowers the average human, and it really feels like it. As stronger, faster, and more intelligent opponents appear, you’ll have to up your tactics to stay ahead of the game. Luckily, your list of moves feels like a one-on-one fighter in terms of options. This is a great game to sink your teeth into, and the characters offer considerable variety in how you play. 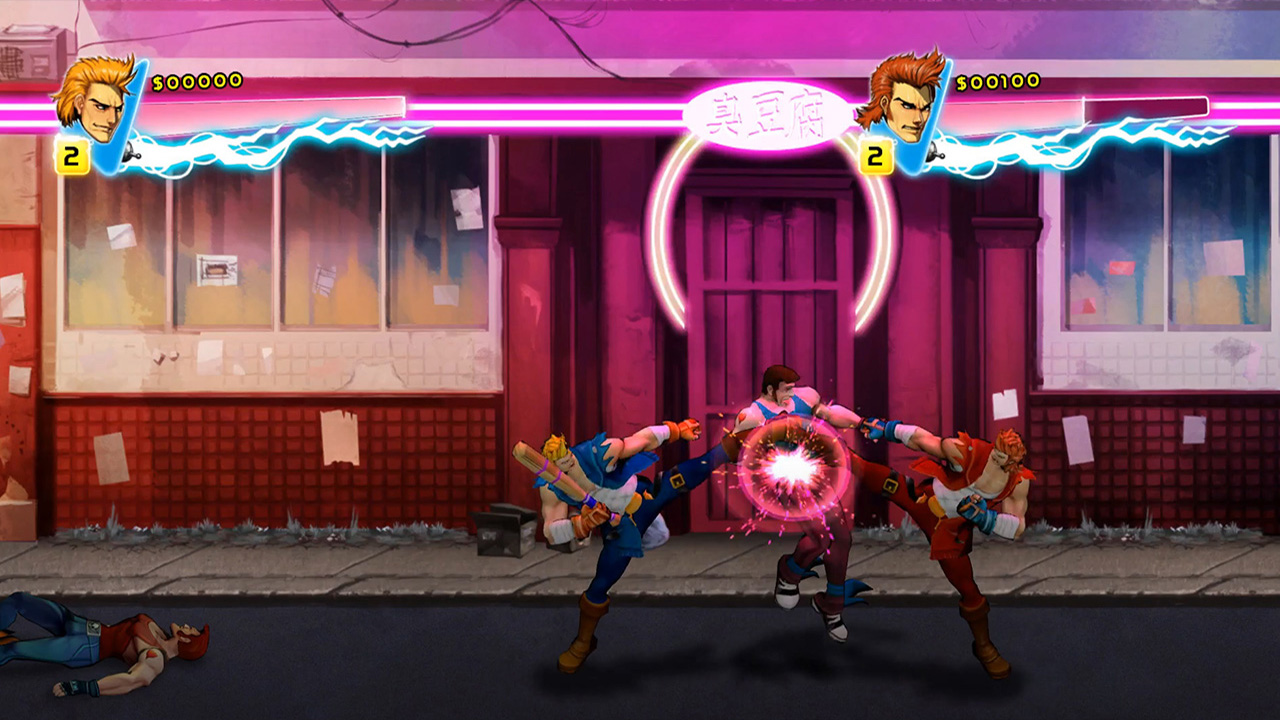 The beat-em-up genre owes a considerable debt to the Lee brothers, but I think it’s fair to say that their adventures tended to be all over the map in terms of quality. Double Dragon Neon was an attempt to give the brand a revival after many years of relative dormancy, leaning heavily into its connection with 1980s pop culture. With WayForward at the helm, it looks and sounds as excellent as you would hope. As for the action… well, it’s not quite up to some of the other entries on this list, but as Double Dragon games go this is a strong one. It tries some new things with its mechanics and goes way over the top with its setting and story. Certainly a memorable experience, and a great one to go through with a friend. 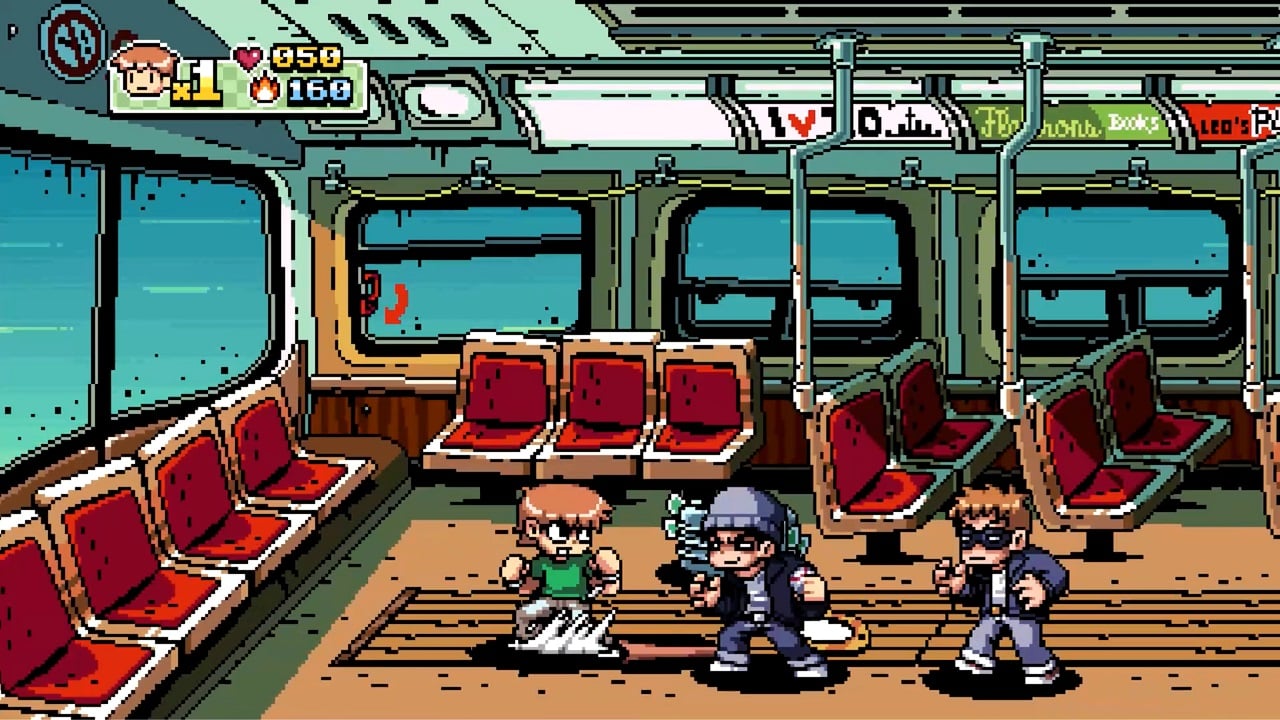 Released back when Hollywood was trying to make Scott Pilgrim the Next Big Thing, this is a movie tie-in that has no right to be as fun as it is. In terms of gameplay, it cribs heavily from River City Ransom. That’s a good template, but it would have been nice if this game had expanded on it just a little more than it does. Still, it makes up for it with its amazing presentation. Its visuals are retro and modern all at once, and the soundtrack is arguably the best part of the game. It’s a little on the grindy side, but so is the game that inspired it. Still, any game that sees fallen enemies explode into piles of Loonies and Toonies is going to go on my list somewhere.

And that’s the list! Sorry, no Castle Crashers. If it makes you feel better, that would have been the eleventh game on the list. But these are just our picks. What are some of your favorite Nintendo Switch beat-em-ups that we may have missed? Comment below and let us know!